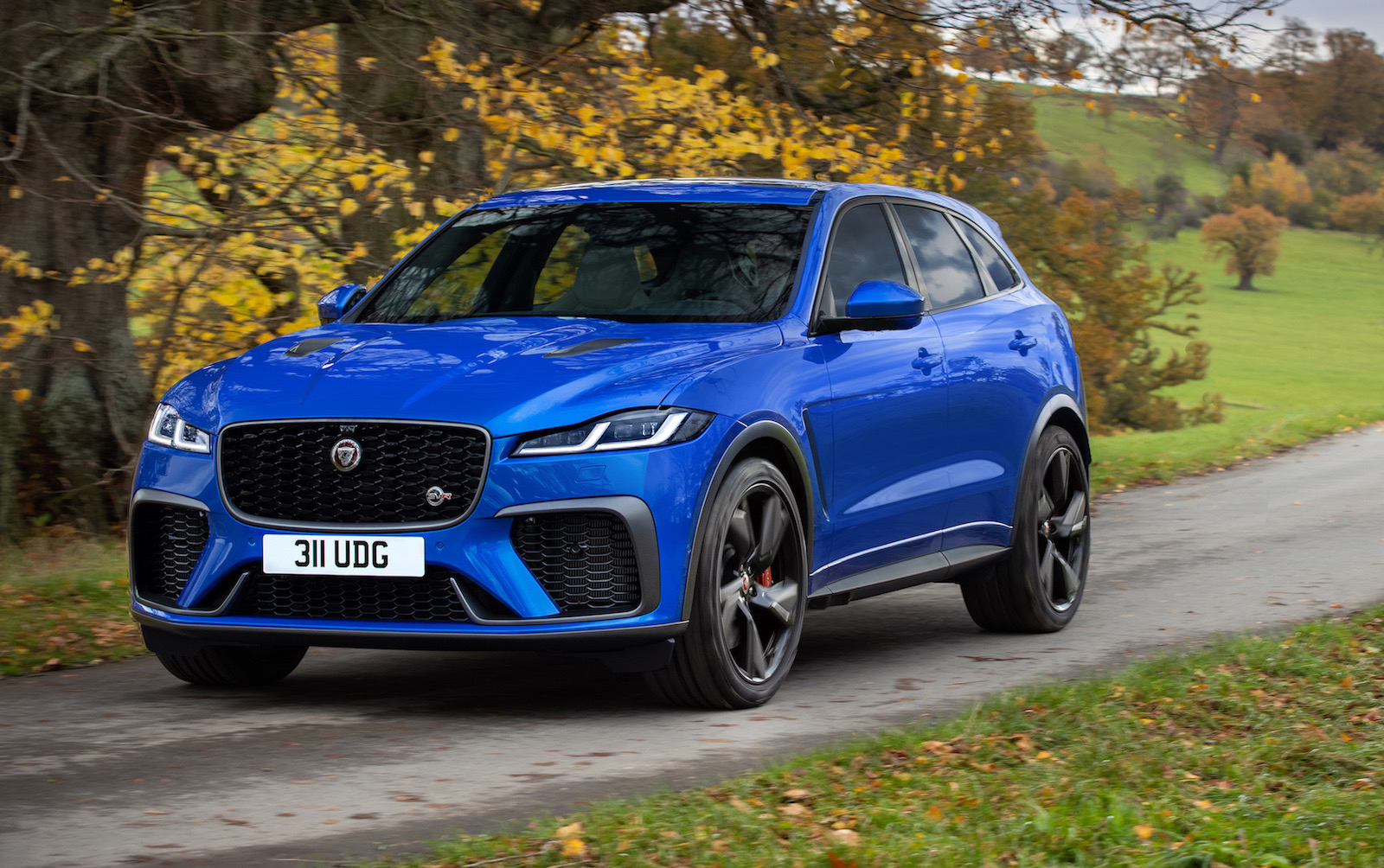 Jaguar has unveiled the 2021 update for its fire-breathing F-PACE SVR, following a similar refresh for the regular lineup earlier this year. Changes for the SVR result in quicker acceleration, improved safety, and more luxury. 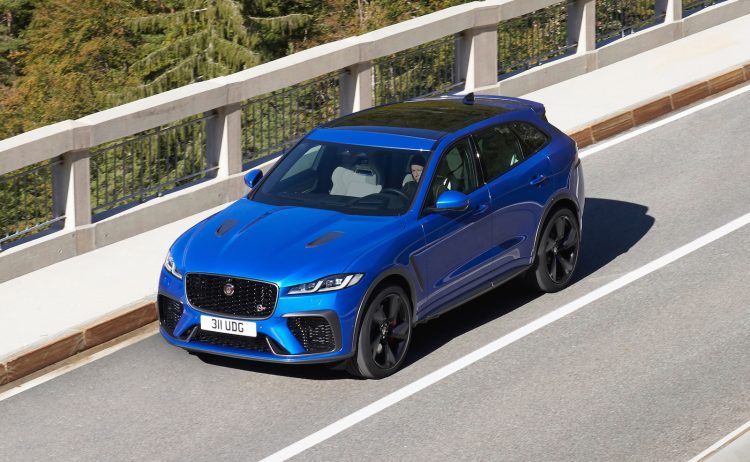 Starting with the engine, it continues with a 5.0-litre supercharged V8. However, torque is increased from 680Nm to 700Nm, while power remains at 405kW – the most powerful SUV in its class. Matched up to the engine is an eight-speed auto, as before, but it’s now connected via the same torque convertor as the one used in the record-breaking XE SV Project 8.

A new Dynamic Launch mode, along with the boost in torque, has helped see the 0-100km/h time drop from 4.3 seconds to just 4.0 seconds. At the other end of the spectrum, emissions have been cut from 281g/km to 275g/km on the official average, and fuel consumption is now 12.2L/100km. That’s up from the outgoing 11.7L/100km rating, however, the latest is based on the newer WLTP cycle. 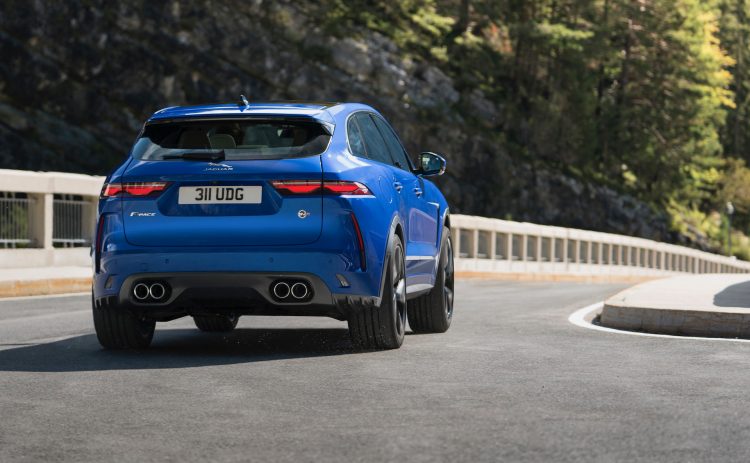 Braking performance is improved thanks to a set of 395mm front and 396mm rear two-piece discs which are supported by a new Integrated Power Booster. Pedal feel has been enhanced, with shorter depression required. Some tweaks to the calibration have also been made, and there’s a new electric booster and improved cooling.

In other areas, the exterior features a new front end and aero system helping to reduce lift by 35 per cent, while the overall drag coefficient is reduced from 0.37Cd to 0.36. Thanks to the sensors and camera system the new model comes standard with adaptive cruise control, rear cross-traffic alert, rear collision monitoring, blind-spot monitoring, and traffic sign recognition. 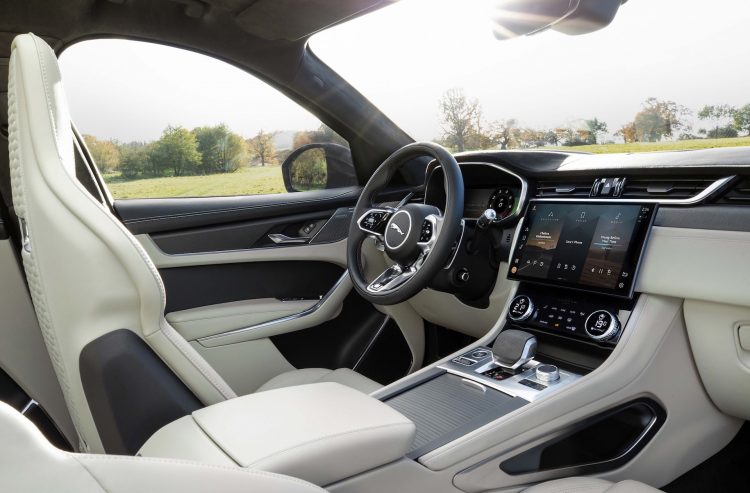 Big changes have been introduced for the interior, mostly in line with the updated regular F-PACE models. Up on the dash is JLR’s new 11.4-inch curved glass touch-screen media interface running the latest Pivi Pro operating system. A 12.3-inch digital screen is housed in the instrument cluster as well, and Jaguar’s new gear selector comes across from other new variants, complete with SVR branding.

Special seat and door card inserts are applied in Alcantara, with Windsor leather used for the console. Various bits and pieces are featured in aluminium or buyers can option for open-pore carbon fibre. There’s also optional semi-aniline leather seats with heritage logos.

Jaguar Australia says the new model is on sale now, priced from $141,040 (excluding on-roads). The first local deliveries are set to commence in April.