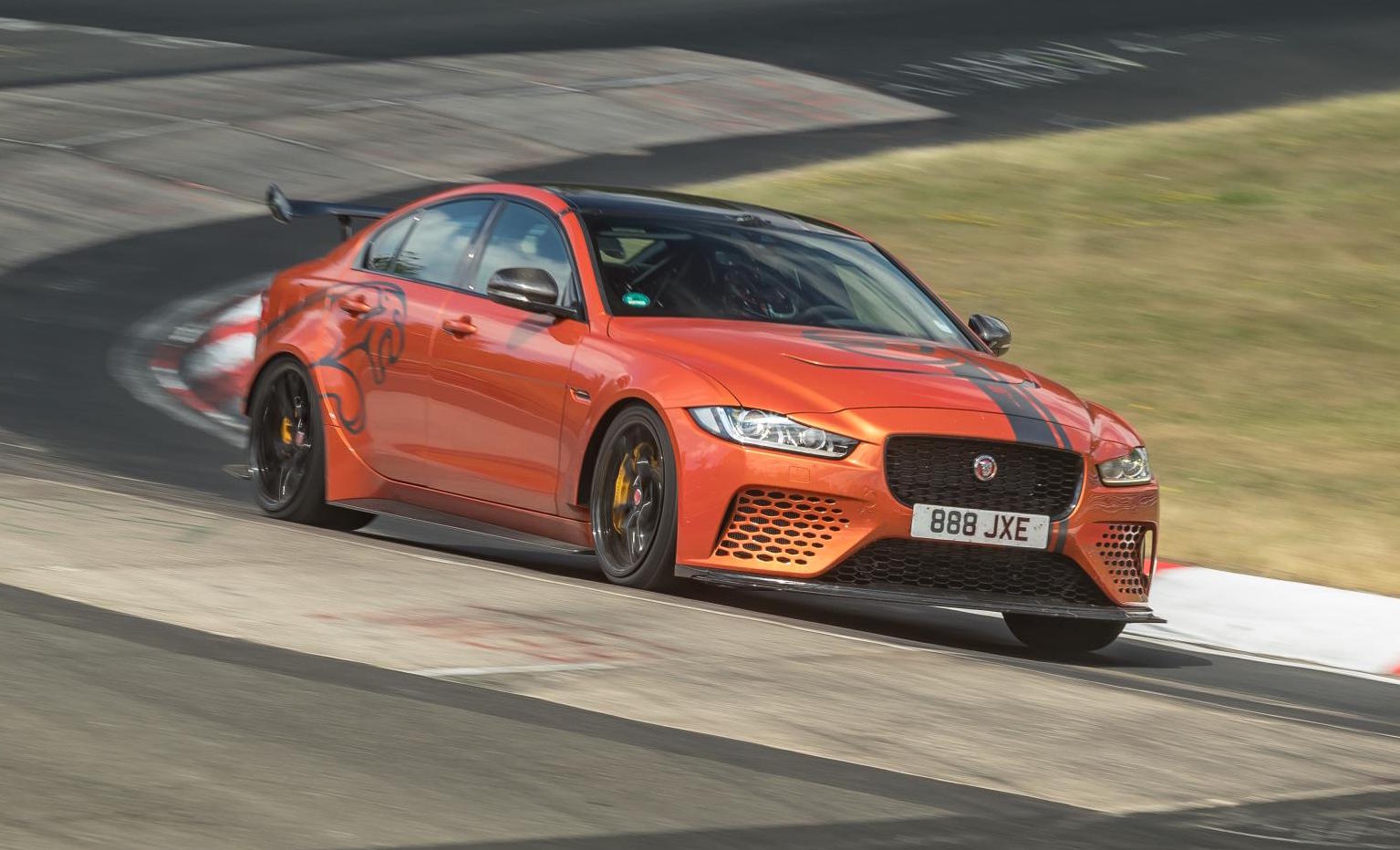 Jaguar’s mental XE SV Project 8 has set another lap record, improving on its own lap time around the notoriously punishing Nurburgring in Germany. The company has released a cool 360-degree video of the flying lap. 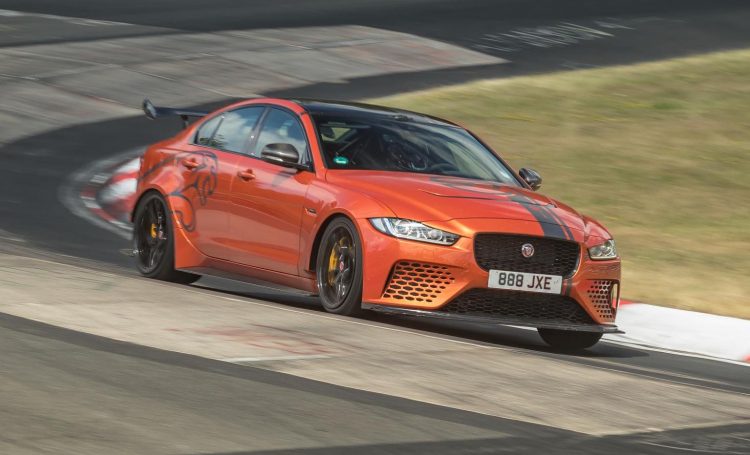 The XE SV Project 8 is a bespoke model developed by the Special Vehicle Operations division. It’s powered by a 5.0-litre supercharged V8 that belts out a class-topping 441kW of power, which is sent through an eight-speed auto transmission and into an all-wheel drive system.

Buyers have the opportunity to opt for a special Track Pack, which removes the rear seats, adds a roll cage, and adds intense aero features to the exterior. This is the configuration that set the record lap. There’s also a four-seat option with the Track Pack, as well as the regular Touring specification which includes a more discreet aero package and four seats. Only 15 examples of the Touring pack are being made.

Jaguar engineers set a benchmark time with the car, in Track Pack specification, in 2017. It lapped the circuit in 7:21.23, setting a new record for a production sedan. Now, the car has improved on that with a time of 7:18.361. This is the new lap record for a production four-door car. Engineers switched to a new road-legal Michelin Pilot Sport Cup 2 R tyre for the lap. Jamal Hameedi, engineering director at Jaguar Special Vehicle Operations, said:

“The original Nurburgring time set by Jaguar XE SV Project 8 demonstrated the extreme performance envelope of the world’s fastest production sedan, but the SV team is driven by a motorsport mentality and we knew Project 8 could go even faster. This new official record time is a fitting reward for everyone who has played a part in pushing the boundaries for our customers with Project 8.”

Although it may reset the four-door production sedan lap record, it doesn’t take down the four-seat vehicle record, which is currently held by the Mercedes-AMG GT 4-Door. Last year it clocked a lap in 7:25.41. It would be interesting to see what sort of time the Jag could do with the four-seat Track Pack.

Just 300 examples of the SV are planned for production, with the last editions to roll off the line this year. The car is available in Australia, priced from $325,000, or $349,000 with the Track Pack option. However, all examples are left-hand drive and a not eligible for road registration in Australia.

Check out the video below to see the record lap. And don’t forget to play around with the 360-degree view.