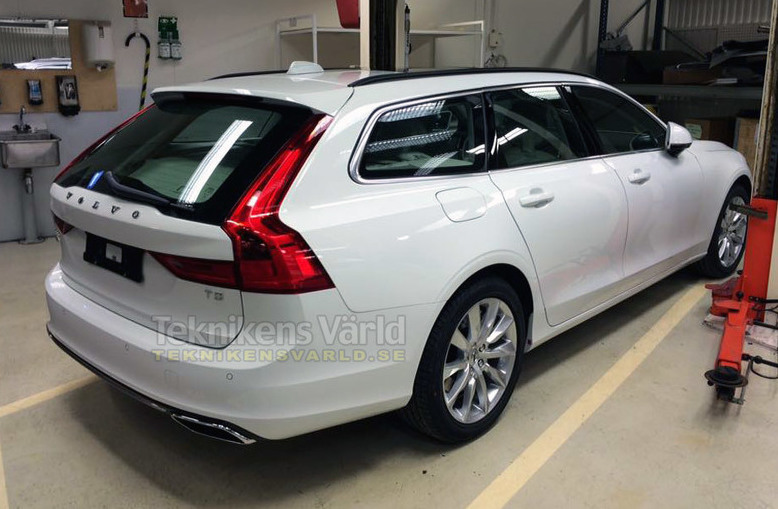 Images of a completely undisguised 2016 Volvo V90 wagon have surfaced online, giving us a first real look and confirmation of the wagon variant. 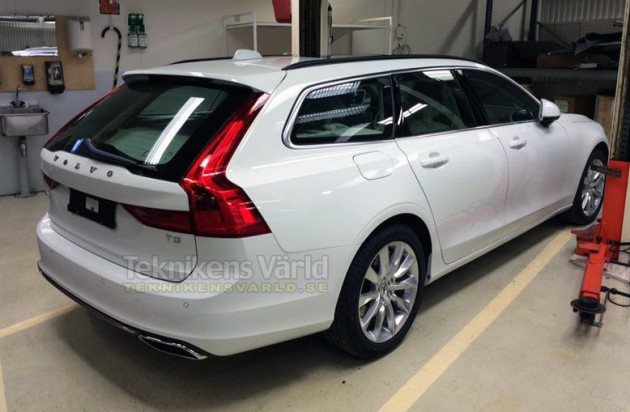 Volvo unveiled the all-new S90 large luxury sedan late last year. We have seen scale models of the V90, however, Volvo has been tip-lipped about it even after revealing the sedan. These images, initially published by Teknikens Varld, confirm it all.

As far as we know the V90 will share much of its foundations with the S90 sedan, including Volvo’s new SPA scalable architecture underneath. Being a wagon will obviously bring practicality benefits over the sedan counterpart.

Powertrain options are likely to mimic those offered in the sedan, spanning from the T6 2.0-litre turbo four-cylinder, to the more powerful T8 hybrid that pairs the 2.0-litre unit with electric assistance. A D4 and D5 turbo-diesel is also expected in some markets.

In terms of design, the V90 uses the same front end as the S90, while at the back there are a set of elongated taillights that form the new-look C-shape down below. A raked rear windscreen helps to provide a sleek and swooping theme.

Volvo will probably use the upcoming Geneva Motor Show in March to officially present the V90 in full. Market entry is set to commence later in the year.