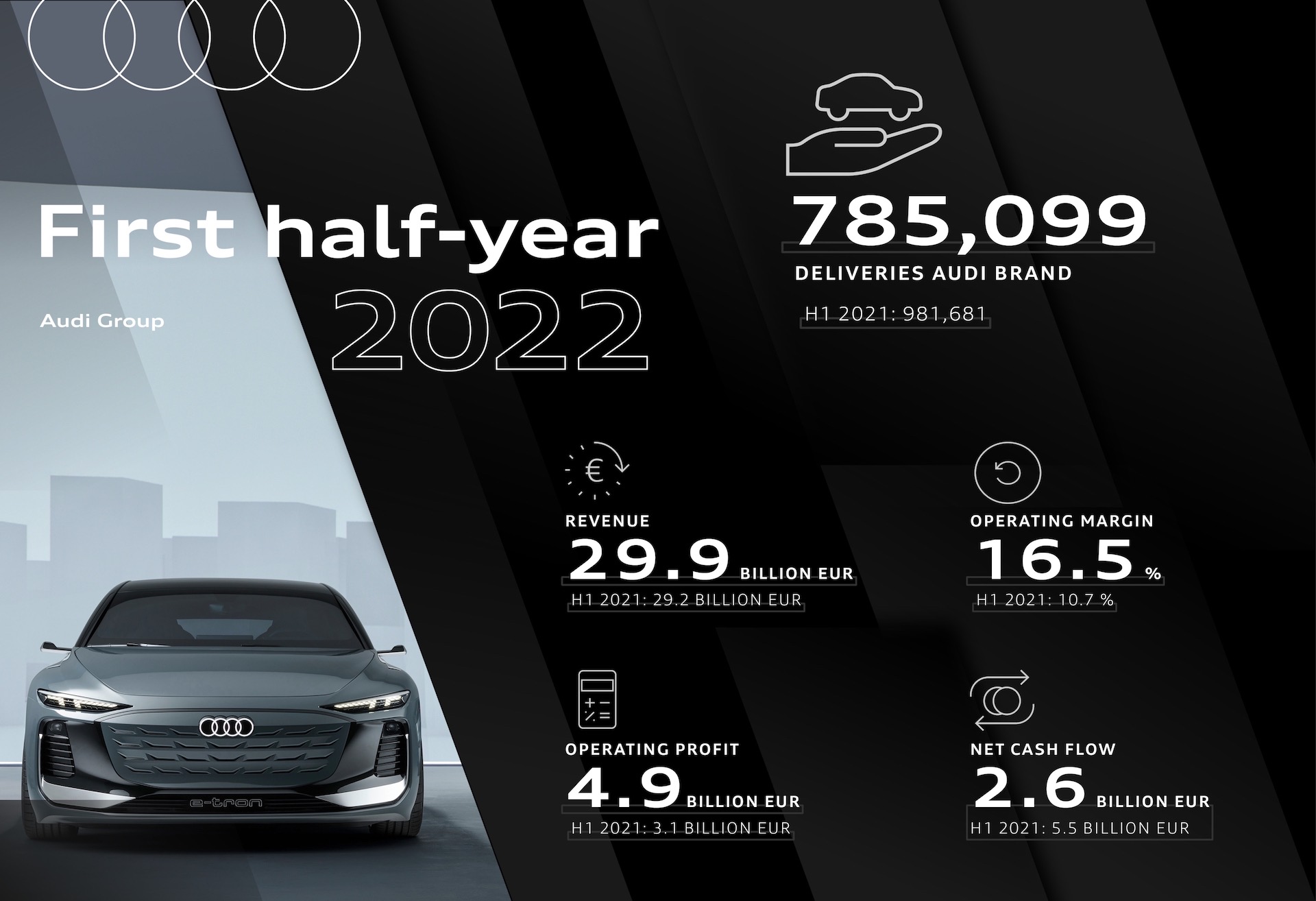 Audi is bucking the wider industry downfall with a record-breaking profit return for the first-half of 2022, with Audi’s chief saying the company managed to navigate the turbulence and successfully “seized opportunities”. 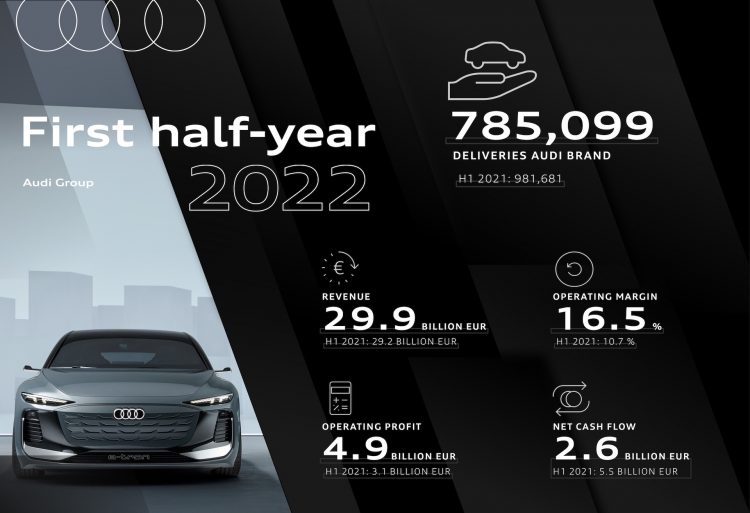 All up, Audi managed to increase its revenue figures by 2 per cent up to 29.9 billion euros during the six-month period, with the company’s operating profit jumping to a massive 16.5 per cent.

Audi says that supply shortages and production shutdowns in China meant it couldn’t keep up with demand for its vehicles, resulting in a significant drop in the number of vehicles delivered in the first-half of 2022.

Subsidiaries Lamborghini and Bentley were able to pick up the slack when it came to operating profits for Audi, with Lamborghini hitting a record number of deliveries up 4 per cent to 5090 over 2021’s H1 figure of 4852 units, while Bentley increased its deliveries from 7199 last year to 7398.

Audi’s emphasis on electrified vehicles is also starting to pay off, with the company recording a 52.7 per cent increase in EV sales. Strong sales of the Audi e-tron and its coupe-SUV sibling the Q4 e-tron helped the company deliver 50,033 all-electric vehicles, up from 32,775 the year before.

Audi’s chairman of the board, Markus Duesmann, said that the wider backdrop of society moving away from fossil fuels means that Audi is well-positioned and “on the right track” with its strategic focus on electrification and carbon-neutral production. He said:

“The current situation in the world makes it clear that economies and society need to move away from fossil fuels even quicker. Expanding renewable energies and switching to e-mobility are important steps in this direction.”