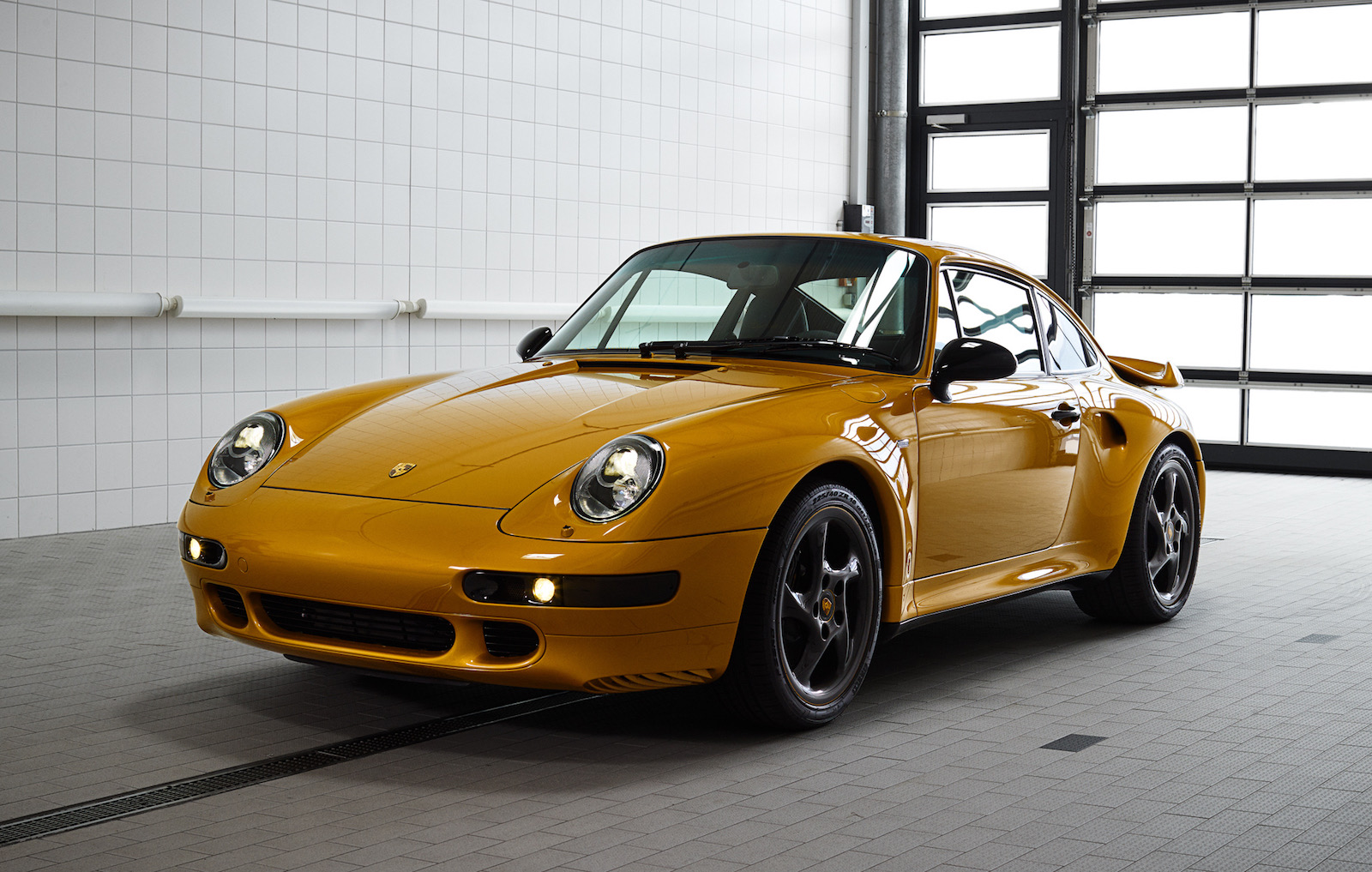 Porsche Classic has revealed the finished product of its ‘Project Gold’ 911: a stunning 1998 993 911 Turbo, complete with brand-new components. 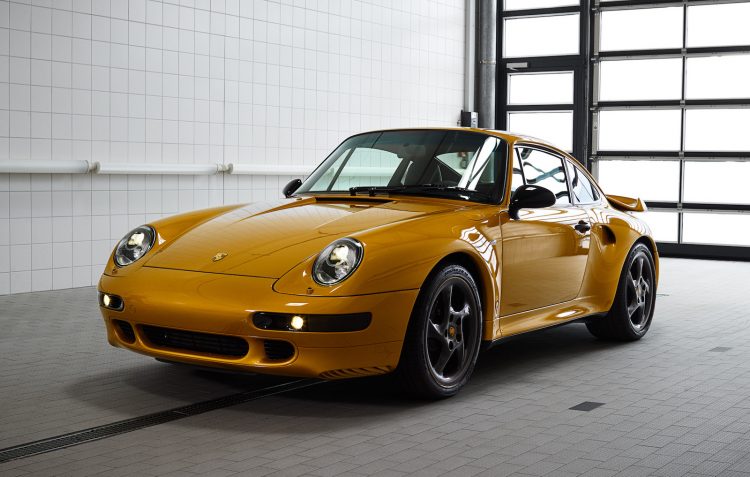 A few weeks ago we reported on the ‘Project Gold’ restomod, which has been designed to celebrate Porsche’s 70th anniversary while also demonstrating the capability of the Porsche Classic division. Customers can turn to Porsche Classic for parts or full restorations of almost all past models.

Project Gold pumps out 335kW from a freshly-built air-cooled 3.6-litre twin-turbo flat-six engine, bolted to a six-speed manual transmission with all-wheel-drive. With a fully stripped and resprayed aluminium shell of a 993-generation Turbo, it also features the air intakes of the Turbo S that were an optional extra for the regular Turbo in 1998. 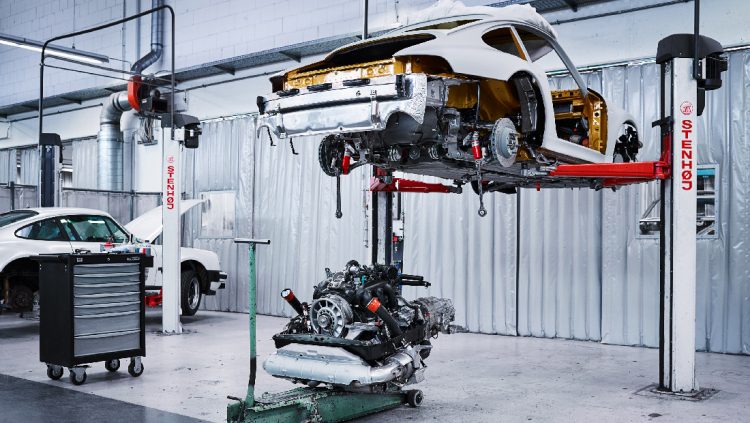 The exterior has been finished in Golden Yellow metallic – a nod to the current-generation 911 Turbo S Exclusive Series, unveiled in June last year – with black contrasting from the wheels, door handles, mirrors and window seals.

Inside, there’s a flood of black leather with yellow contrast stitching, with seats upholstered with the same yellow leather beneath perforations for a racing-stripe effect – also the same as you’d see on the 2018 911 Turbo S Exclusive Series. For the dash, there’s lashings of carbon fibre, as well as a media system.

Underneath you’ll fine the hand-stamped chassis number follows the last series-production model of the 993 Turbo, which wrapped up production in 1998. Just 345 units of the 911 Turbo S with the twin-turbocharged engine were built. 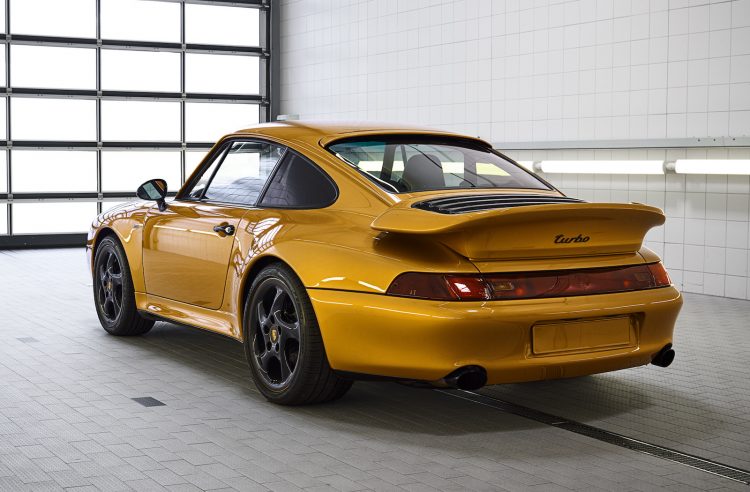 The team at Porsche Classic has access to more than 6500 genuine parts exclusively for the 993 generation alone. Overall, there are 52,000 parts in stock which are sent around the world to Porsche Centres for the repair and restoration of classic Porsche models. Detlev von Platen, board member responsible for sales and marketing at Porsche, said:

“‘Project Gold’ showcases the comprehensive skill of Porsche Classic in fascinating fashion. This project clearly demonstrates our strategic approach. Although we are starting a new chapter in our sports car history with the Porsche Taycan, the story of how the company evolved is no less significant. On the contrary, this Golden Yellow 993 demonstrates how incredibly passionate we are about the tradition of our brand.”

Porsche will present Project Gold to the public at the Rennsport Reunion in Laguna Seca on September 27. It is set to be auctioned off by RM Sotheby’s at the Porsche Experience Centre in Atlanta on October 27, with proceeds donated to the Ferry Porsche Foundation. Check out the video below for more.