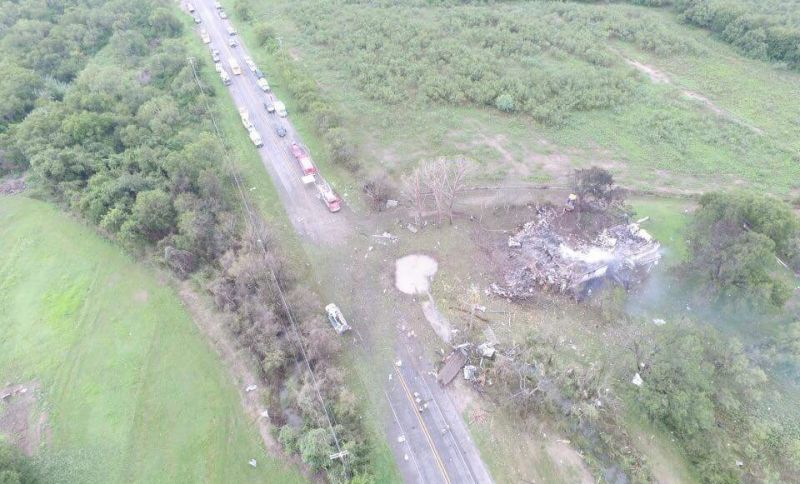 One woman has been killed and four injured after a truck transporting Takata airbag components crashed and exploded in the US. 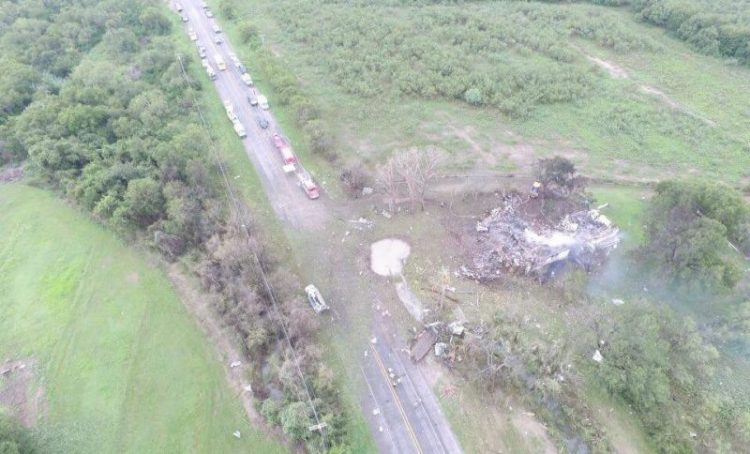 US authorities have reported that an explosion caused by airbag detonation triggers led to the death of Lucila Robles. She was killed in her house, close to highway 277 where the truck transporting the componentry crashed, caught fire and eventually exploded.

The resulting explosion caused debris to fly over 1.6km from the crash site, leaving a large crater in its wake.

The driver, 20-year-old Mario Alberto Rodriguez, along with a passenger were able to escape the crash before the explosion. The explosion injured an elderly driver and passenger driving past.

Authorities initially reported Ms Roberts as a missing person, before a two-day search confirmed her death. Takata has issued the following statement, picked up by Jalopnik:

“A truck carrying airbag inflators and propellant that was being operated by a subcontractor to Takata was involved in an accident. According to preliminary reports, the accident caused a fire, which led to an explosion. Takata immediately deployed personnel to the site and has been working closely with the subcontractor and the appropriate authorities to investigate this incident. Takata has strict safety procedures relating to the transportation of its products that meet or exceed all regulatory requirements. Our thoughts are with the family of the woman who died as a result of this accident, and with the four people injured, who were immediately transported to San Antonio for medical treatment.”

For those unfamiliar with the Takata name, it is a Japanese airbag and child seat company that has come under fire recently for allegedly covering up an airbag defect that is said to be responsible for 13 deaths, and hundreds of injuries. A recall has been issued affecting nearly 100 million vehicles, affecting a wide range of big-name car brands.