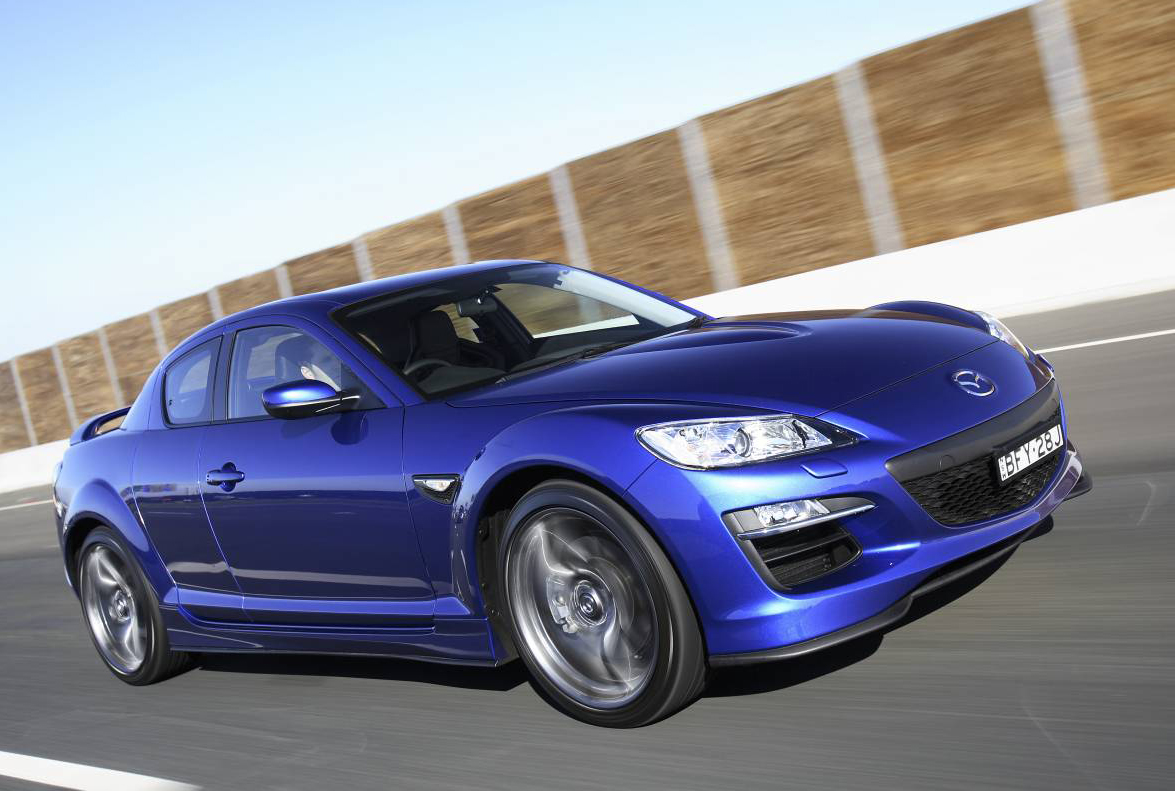 The 2011 Mazda RX-8, in various iterations, has been on the Mazda circuit for almost nine years now, and it doesn’t appear it’s ready for the old age pension just yet. 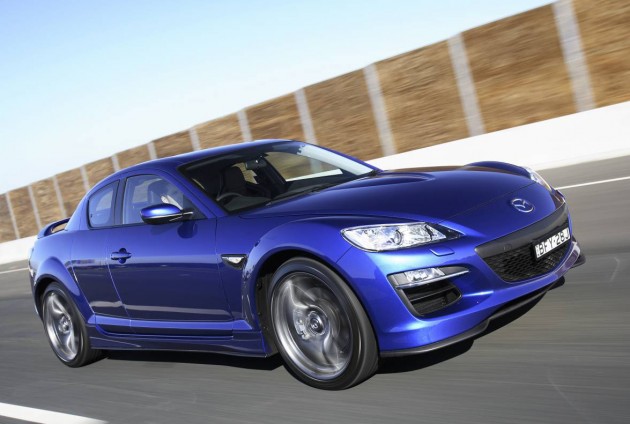 Mazda has certainly done a great job of coming up with a car that doesn’t seem to have any real rivals. Sure, on paper it lacks the low down torque of a 370Z, consumes more fuel than an MX-5, and doesn’t have as much space as a WRX hatch, but it doesn’t care. What the Mazda RX-8 provides is a sports car with a difference. The chassis is perfectly balanced, the driving position is textbook, and the amusing sound of 9000rpm screams in the face of every VTEC fan boy, ‘catch me if you can’.

Most people who say it needs a turbo are right, however, for chassis so capable, it’s refreshing to be able to push the car and not have to worry so much about traction issues

The Mazda RX-8 is a true entertainer. Think of it as the love child of Axel Rose and a ballerina. It’s one of those cars you struggle to find the limit. You just keep pushing it more, and more. While the near-perfect steering keeps you hunting for more bends, the engine lets you relive your youth by enticing you to wind the 13B out to its 9000rpm redline over and over again. The lack of low-down torque does get on your nerves at times, bringing you to shift down gears more often than you’d like. The car will pull from 2-3000rpm, but if you expect it to move you really need to dial up 5-6000rpm, otherwise you’ll have to wait. And it does take a while. 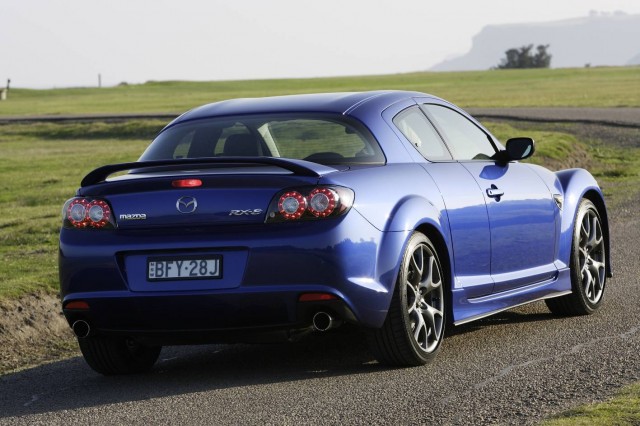 If it’s a rush of speed you’re after, you’ll need to push past the 5-6000rpm point. As the revs climb north of 7000rpm, you almost cringe thinking ‘is it going to explode?’ – the high rpm can be a bit much for those who’re only used to seeing 6-7000rpm redlines. As long as you keep the revs up high, and keep grabbing gears, the RX-8 has ample pull. Most people who say it needs a turbo are right, however, for chassis so capable, it’s refreshing to be able to push the car and not have to worry so much about traction issues – ‘most people’ who say that will run out of talent before they push this chassis over the edge.

One key point to the RX-8’s great on-road feel is the low-slung driving position. It almost has an MX-5 vibe about it. The RX-8 provides a real seat-of-your-pants driving style – you sit with your bum flat on the seat, legs forward as if you’re in a billy cart, and arms nicely in your lap. Even the position of the gear shift seems to sit right where you need it. Tall drivers might find things a tad cramped, but it’s not that bad for seriously sporty coupe-based vehicle. 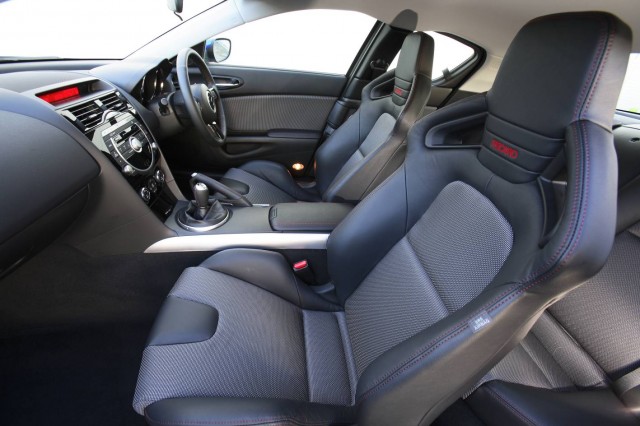 The now not-so-futuristic styling has carried itself well over the past eight years. The recent facelift has done great job to the bring the car up to date. The rearward opening back doors after all these years still makes many marvel at the their functionality – and they prove quite handy, too, allowing rear passengers to comfortably slide into a rear seat.

A true gem after all these years, and the only real thing that’s changed is the aesthetics. You mirin?