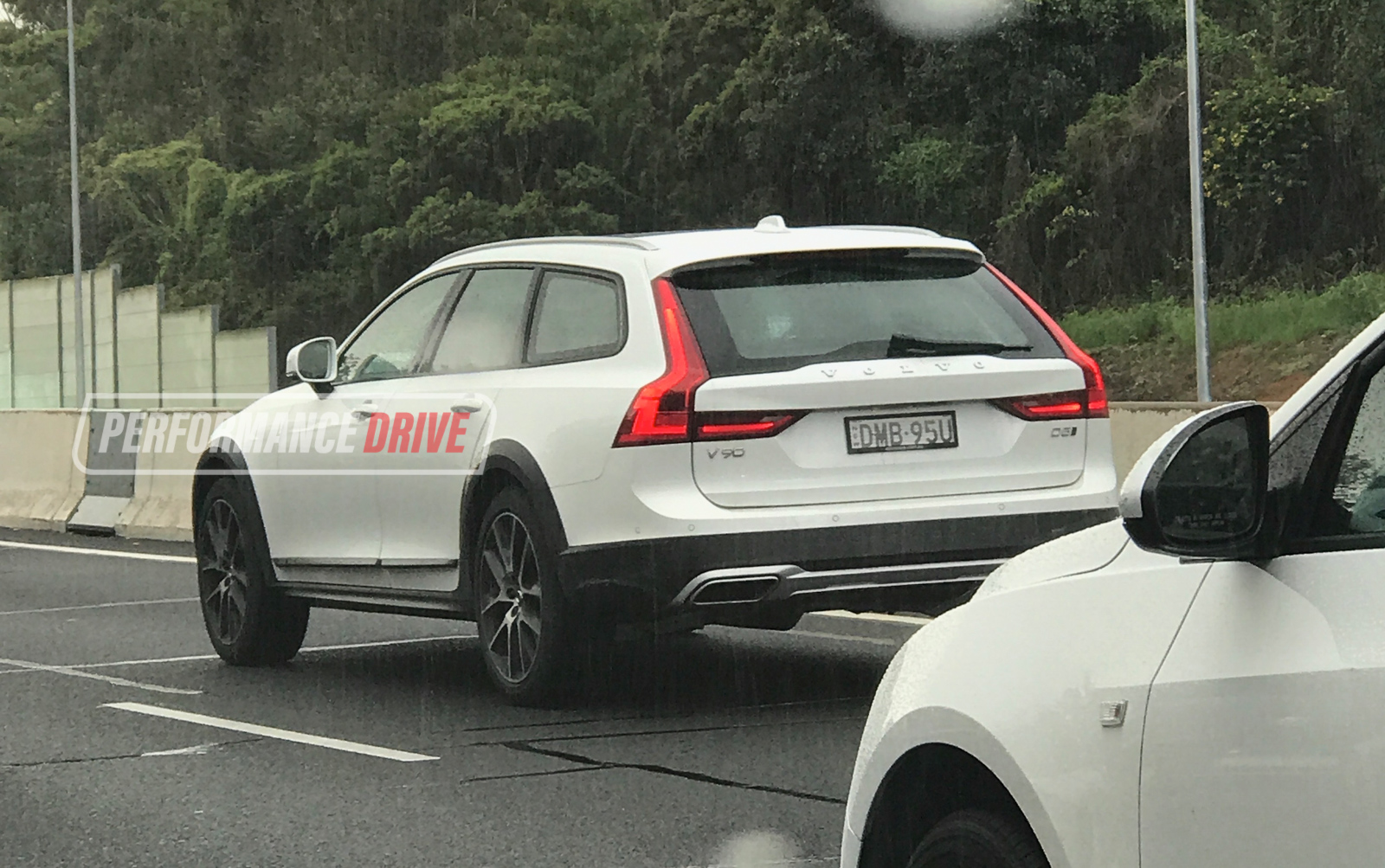 What is believed to be one of the first 2017 Volvo V90 Cross Country examples in Australia has been spotted out on the roads, ahead of its official market debut taking place in the first half of this year. 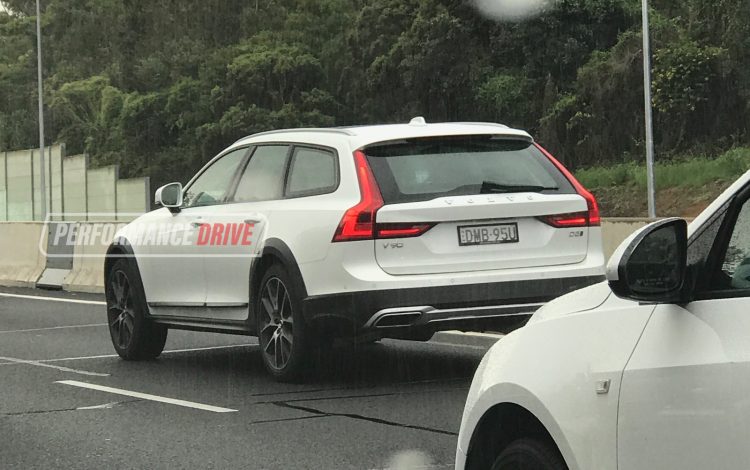 This example was spotted by a keen-eyed PerformanceDrive reader (thanks Raj), who spotted the new crossover through traffic in north-western Sydney. It sports the adventurous two-tone colour scheme synonymous with Cross Country models with white and dark grey, wearing a D5 badge.

The car is registered in NSW and a quick rego check says it was registered in March, suggesting this is a brand-new vehicle likely on its way to some kind of presentation. The fact that it has no dealer markings around the number plate or decals on the rear window means the car is likely to be one of Volvo Car Australia’s own vehicles. 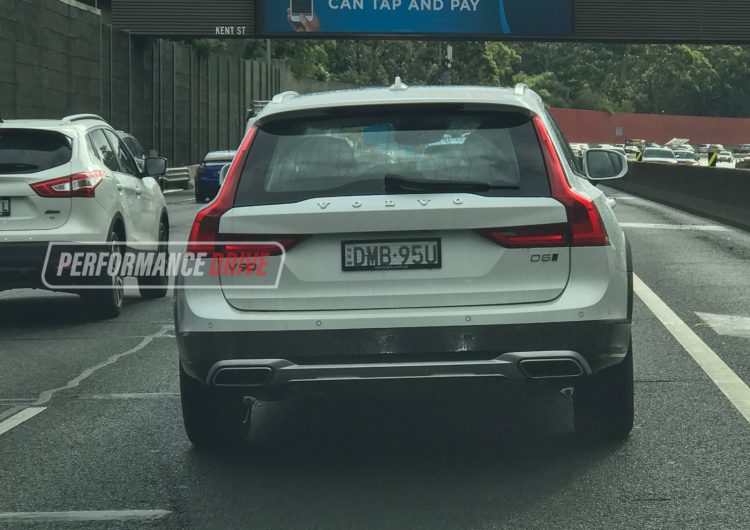 Volvo officially revealed the crossover variant of the V90 in September last year, with Australian market entry penned for “the first half of 2017”. According to the company’s local website, the V90 CC might only be available with the D5 powertrain, although there is a section on the website that shows the D4, T5, and T6 engines as a possibility.

The D5 ‘PowerPulse’ engine is a 2.0-litre four-cylinder twin-turbo diesel producing 173kW of power and 480Nm of torque. An optional Polester power package has been confirmed, at least overseas, bringing outputs to 177kW and 500Nm. It’s connected to an eight-speed automatic with all-wheel drive.

It looks like it will come in Inscription guise only in Australia, which is usually the higher-end of the trim levels in Volvo’s other showroom models. Some of the standard features include four-zone climate control with CleanZone filtering, along with a large, comprehensive tablet-style touch-screen interface with full connectivity and in-built apps. 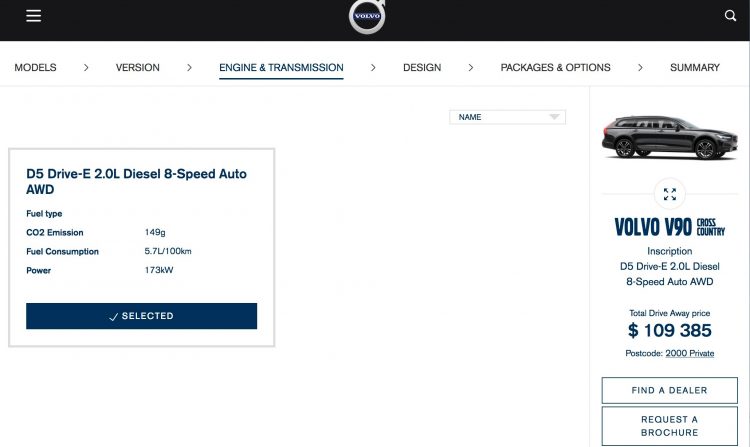 According to the company website, prices for the standard V90 D5 will start from $109,385 drive-away, based on a Sydney location. All of the official details are expected to be announced soon. PerformanceDrive contacted Volvo Australia for comment and clarification, and we will update this story upon response. 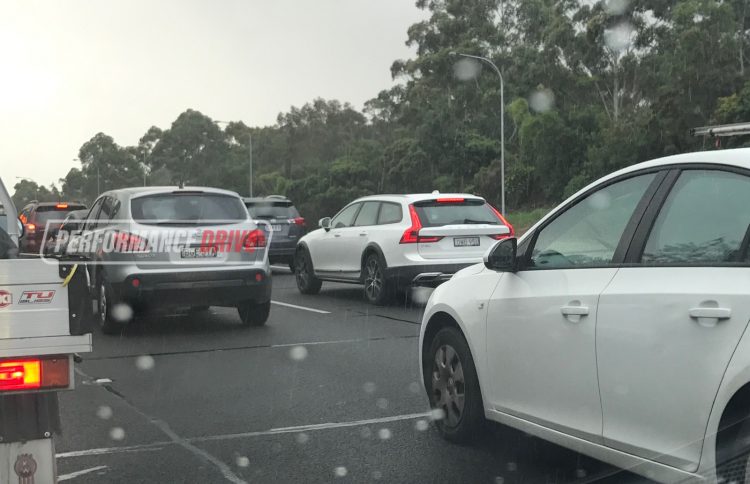