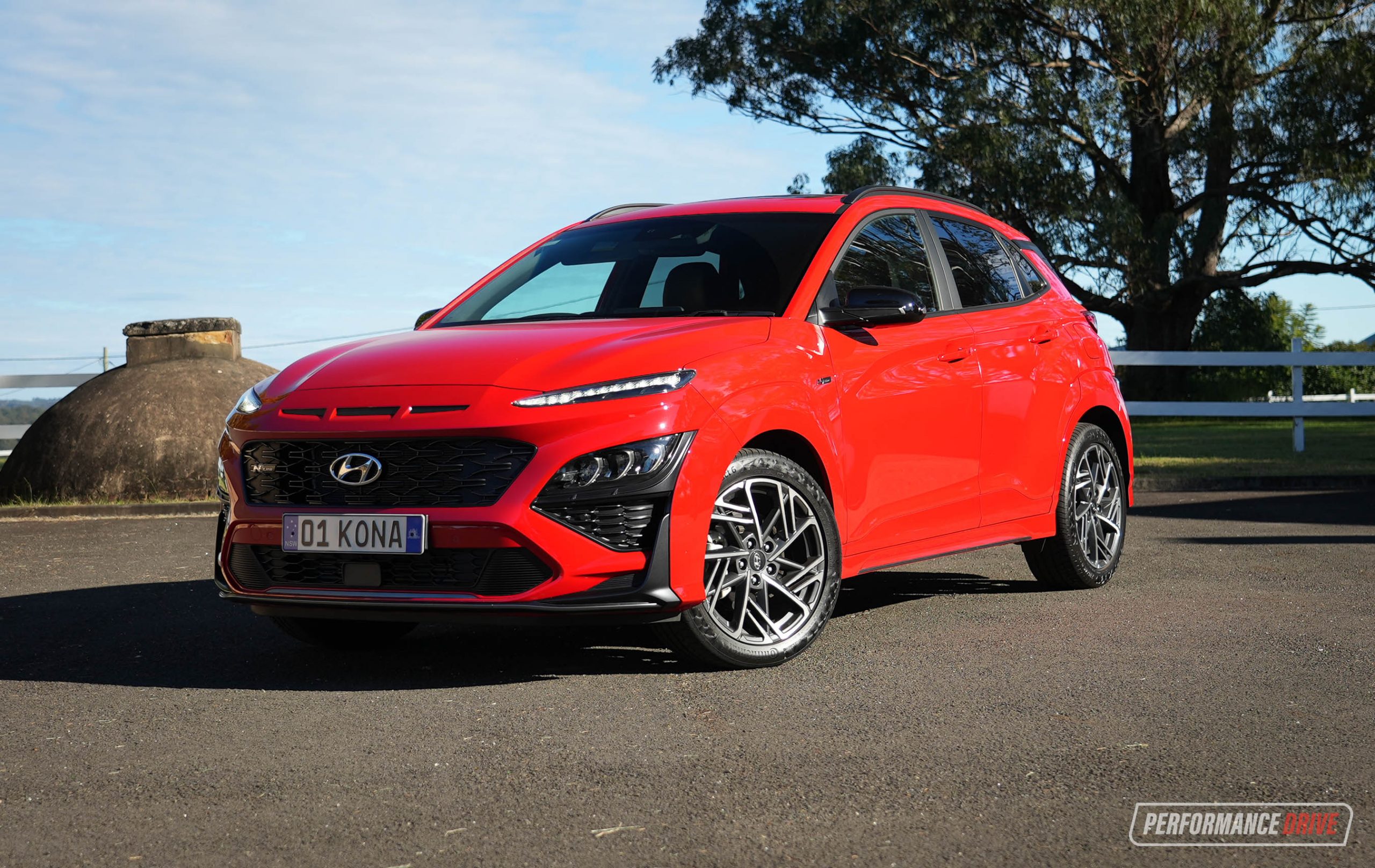 The compact SUV market is so competitive nowadays that major manufacturers are all filling the market with their own luxury and sporty variants, which is exactly where today’s subject steps in. The 2021 Hyundai Kona N Line Premium is the flagship internal combustion Kona, promising the excitement of a sporty powertrain mixed with lashings of luxury inside. The big question remaining, though, is whether or not the range-topper performs well enough to justify its lofty price tag. Luckily, that’s exactly what we’ll be unpacking today. 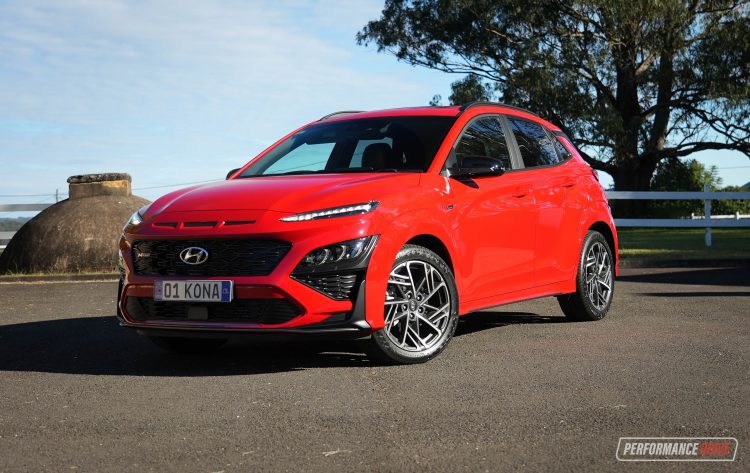 The 2021 Kona lineup kicks off at just under $27,000 for the entry-level model, powered by a 2.0-litre, four-cylinder engine, with higher spec variants adding different styling cues and more features. The top Kona N Line Premium is priced from $42,400 (before on-road costs), making it $15,000 more expensive than the entry model, and just $5100 shy of the hardcore Kona N.

So, then, who exactly is the Kona N Line Premium designed for, and how well does it perform over and above the rest of the Kona range? 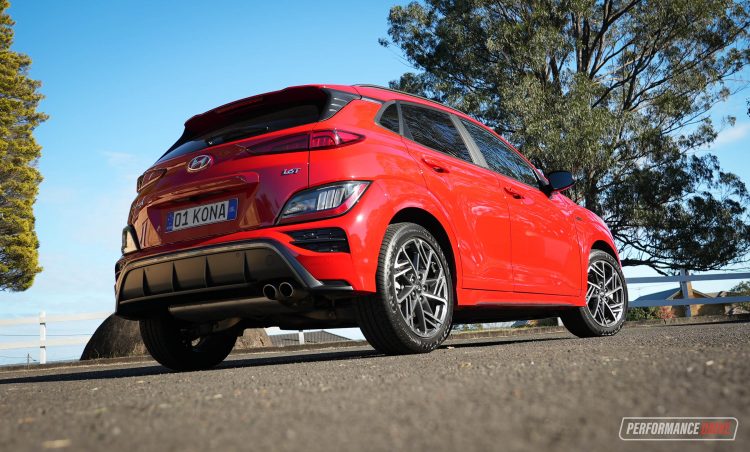 We must say, the Kona N Line Premium does come jam-packed with features that toe the line between luxury and sporty, particularly for a compact SUV. It comes with a 10.25-inch digital driver’s display, head-up display, 18-inch alloys, multi-link rear suspension, as well as a range of N Line exclusive styling tweaks for the exterior, and some special touches inside the cabin.

This is in addition to a number of features you gain from lower models, like the full-size 10.25-inch infotainment system with Apple CarPlay and Android Auto, satellite navigation, a Harman/Kardon sound system, LED headlights, heated and ventilated front seats, climate control, keyless entry and start, and automatic wipers. 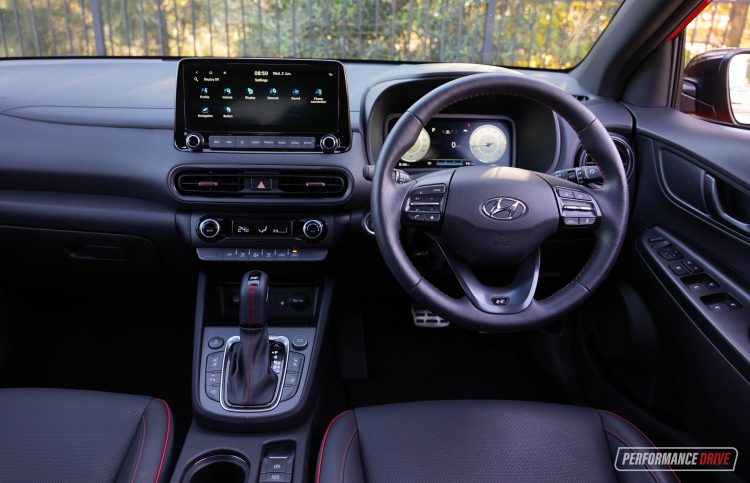 All-in-all, the cabin is well appointed and feature-packed, but lacks some of the design flare and quality that you might expect from an SUV bordering on $50,000. The predominantly black interior is well-served by some red contrast stitching that breaks up the darkness and attempts to stir up excitement, but overall the cabin is somewhat underwhelming.

The large, high-definition screen – standard in Elite and above – is a great addition to the cabin, and works seamlessly with Hyundai’s OS, as well as Apple and Android software. A sunroof would be the perfect inclusion, but unfortunately, the sunroof option trades for a two-tone roof finish, instead. You can’t have both. 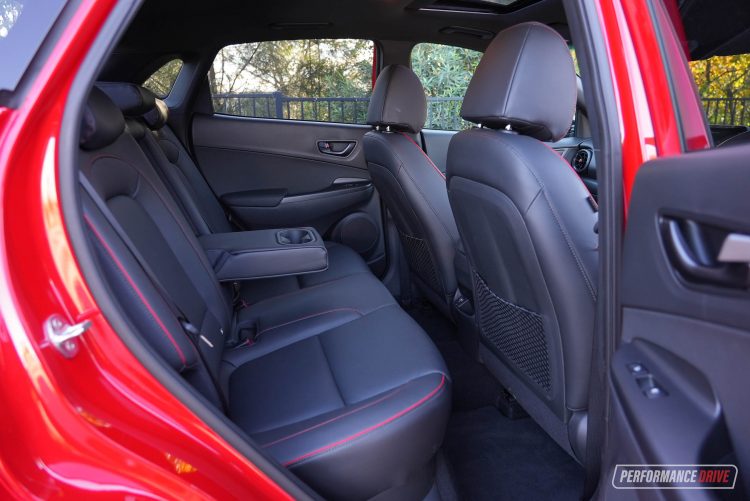 The Kona is billed as a car that not only takes the urban commute in its stride, it’s ready for the weekend, too. In our time with it, we put that very much to the test. We loaded it up with luggage and surfboards, and we were actually pretty surprised with how well the Kona can accommodate larger items in the rear.

If you’re looking for a car that will, for the most part, transport two people or a few young-ones in the back, the Kona is more than ready for the task. If, on the other hand, you’ve got children that are coming closer to their teenage years, they’re going to struggle to get comfortable in the back. You’d be much more suited to a fully-fledged SUV body shape, or the cracking i30 N Line sedan (around $10k cheaper).

In terms of cargo space, there’s 361L with the rear seats upright, which extends to 1143L with the seats folded down in a 60:40 configuration. The boot’s design allows you to squeeze in the shopping, but overall the Kona, like any coupe-like SUV design, is limited when it comes to bulkier items. ISOFIX and top tether mounting points are easy to find and access, although the narrow rear doorways can make the process of installing child seats more problematic. 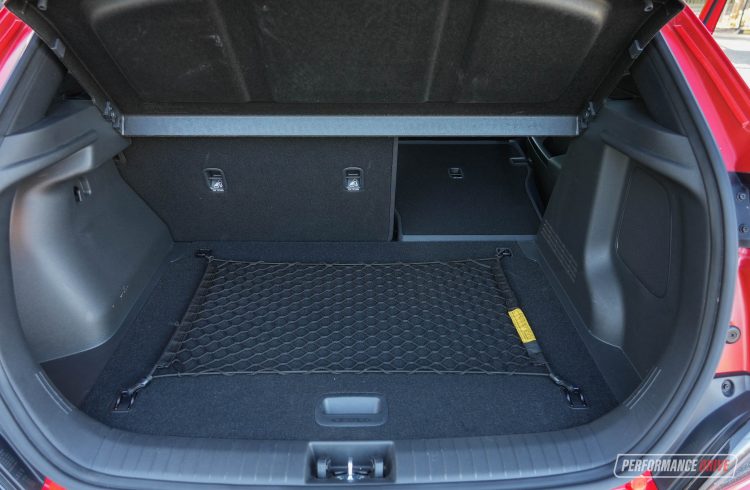 The N Line receives a 1.6-litre turbocharged four-cylinder petrol engine, paired with a seven-speed dual-clutch transmission and an on-demand all-wheel drive system. While the addition of an all-wheel drive system in something like the Kona might seem a little bit excessive, it does provide increased versatility and all-weather capability over a typical front-drive compact SUV. It’s also nicer to drive, giving the driver some added confidence.

The updated engine pushes out 146kW and 265Nm (up from 130kW before), with all of the torque accessible from just 1600rpm. This makes the Kona feel punchy and more than capable of handling quick bursts of acceleration to get you up to speed. At this power output, it is one of the most powerful in its class, and even more powerful than the bigger brother, the Tucson N Line (132kW). We think some added icing on the cake would be a sportier exhaust system to go with all of that power. 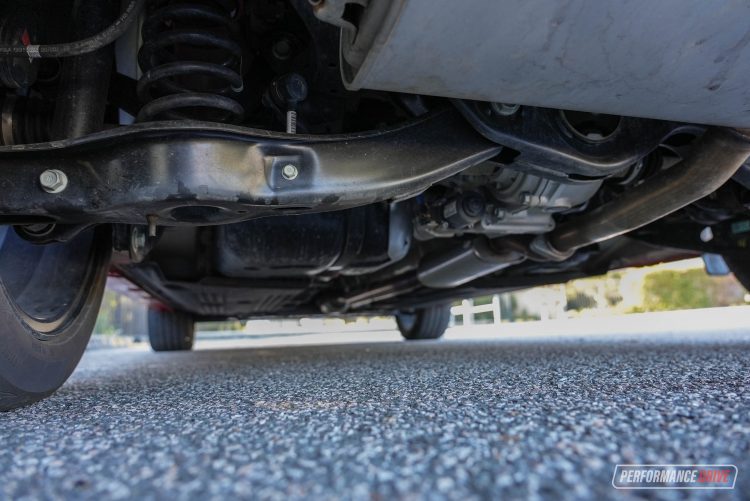 As an urban runaround, the Kona is a lot of fun to drive, particularly when that turbo kicks in. The powertrain is keen, perky and consistently eager to deliver, up until the point the DCT falls apart in slow speed turns. At times you’re lost in a world of transmission purgatory. Dual-clutch transmissions are known to be reluctant at low speeds, but the Kona’s box is a repeat offender, unfortunately. At speed, though, the shifts are every bit as smooth as they are rapid.

Thankfully, though, the Kona’s suspension steps in to save the day, offering a balanced ride quality that can handle bumps without a problem. There is some body roll if you really throw it into a corner, but as an all-round package for Australian roads, the suspension’s ability to compress and absorb impacts is right on the money. 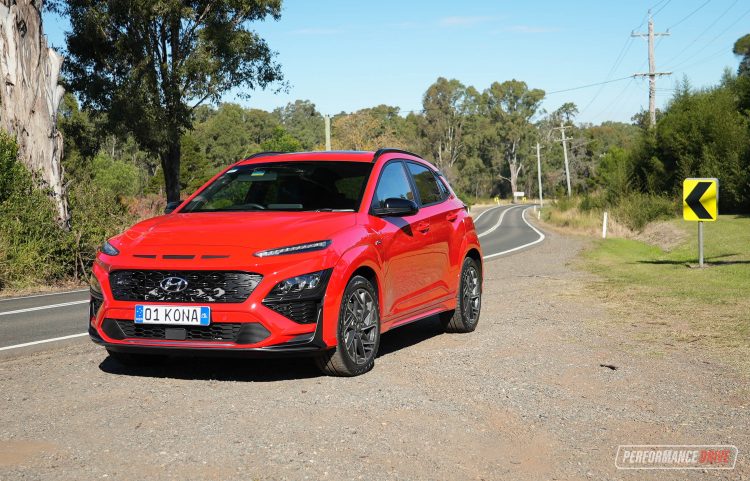 At speed, the steering can feel a little bit sensitive to small inputs, but the flip-side of this is that around town, the wheel is extremely light which makes it easy to manoeuvre in tight spots.

Taking it off road is actually quite impressive with the AWD system, so long as you don’t get overconfident with what the Kona was designed for. It’s a compact SUV that happens to be fitted with an AWD system, not a genuine pint-sized off-roader.

In terms of economy, we came close to matching Hyundai’s combined cycle rating of 6.9L/100km, with our figure sitting around 7.2L/100km. But if your commute involves a lot of stopping and getting back up to speed again, expect this number to jump above 8L/100km. 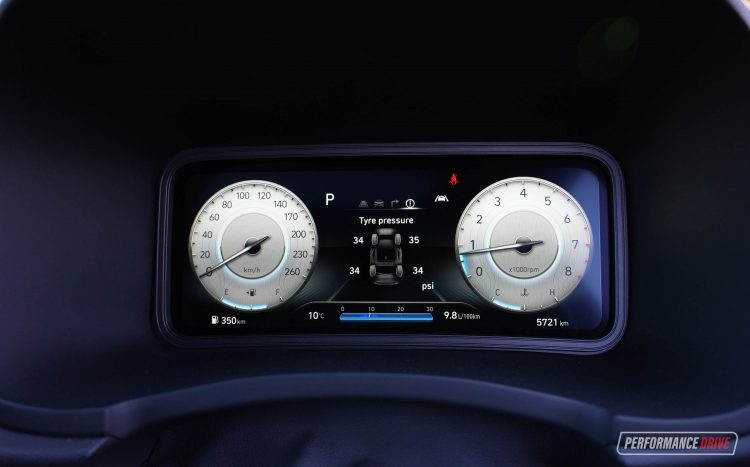 The Hyundai Kona is a great little compact SUV, but the N Line Premium, with all its bells and whistles, adds very little substance to the equation for the money asked. Most of what makes the Kona a great SUV is offered in the lower-spec models, and in that respect, it’s hard to fall in love with this. Especially with the full N performance model arriving later this year, priced from $47,500 – only $5100 more than this.

If you’re in this space, we’d encourage you to take a step back, breathe deeply, and consider the world of opportunities that are out there if you’ve got near-$45k to throw at an SUV. Because while the Kona N Line is undoubtedly fabulous for certain buyers, for the money, we think there’s more logical options out there.

PROS:
– Exciting engine and transmission combination for a compact SUV
– An enjoyable drive around town and on the highway
– Packed with high-tech features
– N Line kit looks hot

CONS:
– The price is not right; spend $5100 more and get the proper N version
– Cheap interior materials, a bit monotone
– DCT box can struggle at low speeds