An interesting new documentary will be released tomorrow called 24 Hours – One Team. One Target., which follows BMW on its pursuit at the 2011 Nurburgring 24 Hour endurance race. 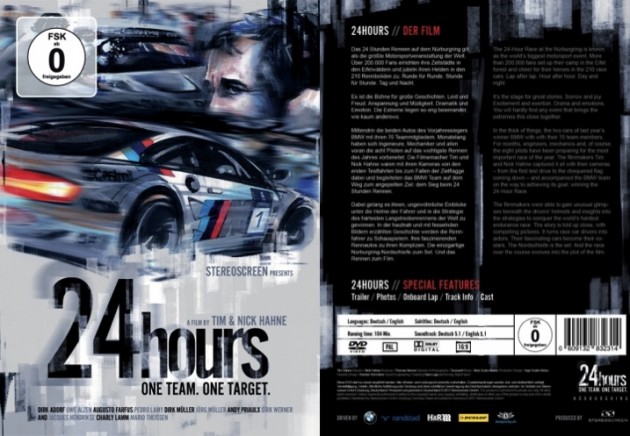 This is one for all the Nurburgring fans out there. And for all the BMW M fans, it’s simply a must-have item in your DVD collection. It’s all about the Nurburgring 24 Hours race, and about what sort of preparation is involved, and what it takes to compete, in regards to the drivers and the teams.

Over 200,000 fans pack the massive ‘Green Hell’ Nurburgring circuit in west Germany every year for the big event. With fans supporting all the top manufacturers battling it out from around the world, non-stop, for 24 hours.

Whether you’re a BMW, Mercedes-Benz or Audi fan, or a American muscle car, Italian supercar, or even a Japanese touring car fan, the Nurburgring 24 Hours has it all. And every car is subjected to perhaps the most torturous test a car could possibly go through: 24 hours on the Nordschleife.

For those who don’t know what the Nurburgring Nordschleife (north loop) is, it’s a 20.8km circuit – the longest in the world – that is often used by manufacturers from all around the world to test their prototypes of new models.

Manufacturers use the track as it is regarded as the toughest circuit in the world, one that features bumps (and small jumps), concrete slabs that create a ‘carousel’ that puts huge stress on the suspension system, as well as long uphill straights that really put engines to the test, and downhill straights putting extreme loads on the brake system.

The new DVD, 24 Hours – One Team. One Target. takes an in-depth look at how BMW tackled the famous race during the 2011 event. An event which it subsequently placed second, behind a Porsche 911 GT3.

Click play below for the 24 Hours – One Team. One Target. trailer. It goes on sale November 11.