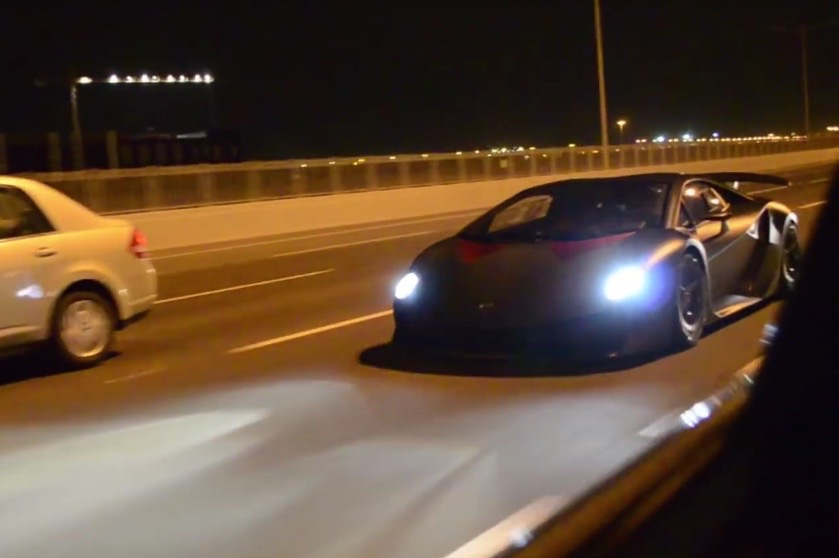 Although Lamborghini’s Sesto Elemento of 2010 – only 20 of which were produced – was never intended for road use, but that hasn’t stopped some maverick sheikhs taking it for a blood-curdling blast on Dubai’s roads. 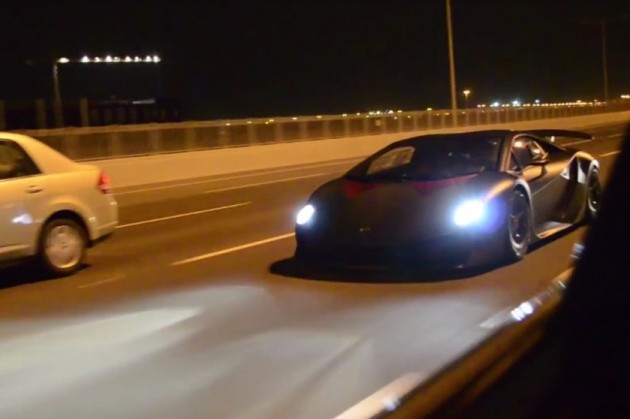 The Sesto Elemento (sixth element; carbon), was a statement of purity and bare necessity, showing a new method of carbon fibre preparation when it debuted at the 2010 Paris Motor Show.

The seats are moulded into the body, and the cabin is an exercise in minimalism, with the space between the steering wheel and cowl opening up. As a result, it weighs just 999kg. With a 425kW V10, it offers a power to weight ratio of just 1.7kg:kW.

It is raw, it is organic and it is unlike anything else; three words which describe its dirty V10 howl.

As amazing as the Huracan and Aventador are, they don’t quite match this. All examples of which sold for between US$2.2 and 2.9 million (AU$3-$4 million).

Watch below for the video in question. It truly is a treat for the senses.