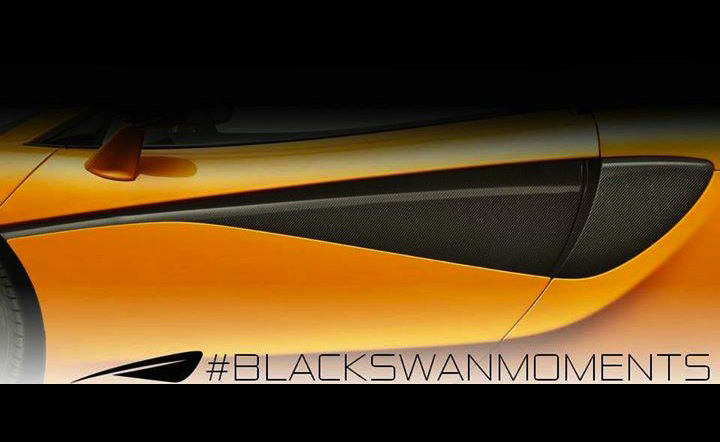 Due to make its first appearance at the New York Auto Show next month, McLaren’s hotly-anticipated ‘entry-level’ Sports Series is rumoured to be called the 570S. The company released this teaser image to build up the excitement. 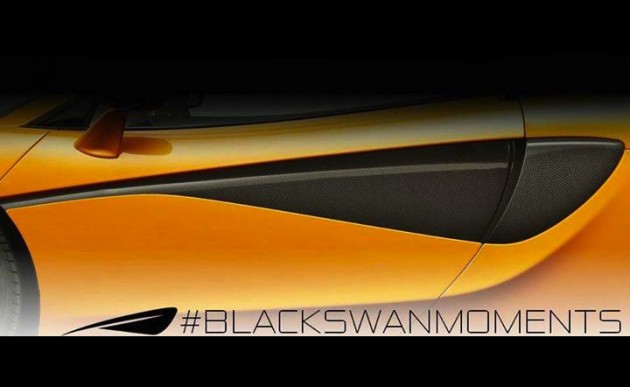 It will be placed at the bottom of McLaren’s hierarchy, with a starting price expected to be around the US$180,000 mark. In the engine compartment will be a softened version of McLaren’s 3.8-litre twin-turbo V8, producing around 419kW (570PS).

The 570S is set to be based on McLaren’s carbon-fiber monocoque to keep weight to a minimum and to optimise handling and torsional rigidity. Power will be transferred to the rear wheels via a seven-speed dual-clutch transmission, with 0-100km/h coming up in less than 4.0 seconds.

The 570S will be the first of several Sports Series models to arrive from the UK manufacturer, with a convertible, grand tourer, and performance ‘club sport’ model anticipated in the coming years.

The performance model may be the special edition ‘Long Tail’ 675LT, which was unveiled earlier this month at the Geneva show. McLaren CEO Mike Flewitt confirmed the LT badge will adorn a Sports Series model in the near future.