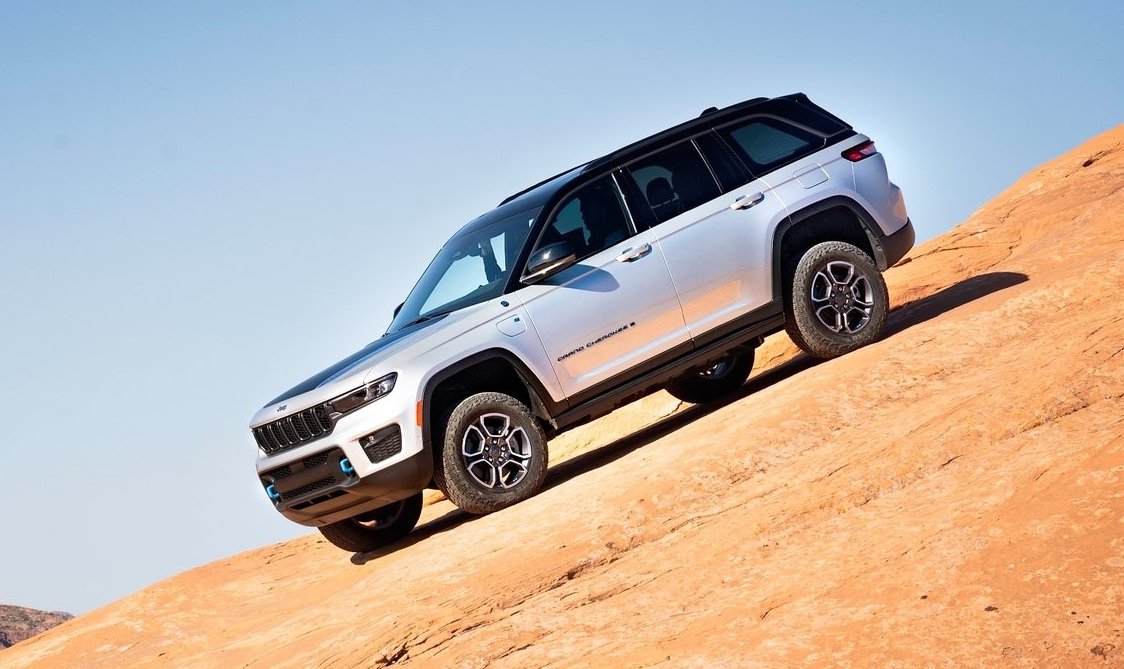 The icon is back. This is the all-new 2022 Jeep Grand Cherokee. It showcases a freshened up exterior design, huge leaps forward in in-car tech, and debuts a new plug-in hybrid powertrain option. 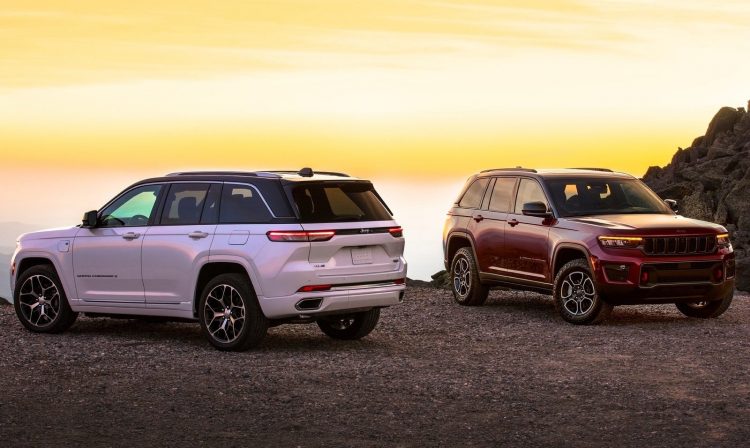 At this point, no information has been released regarding the Australian market (at the time of writing). So anything you read here could be limited to certain markets and not for Australia. We suspect the plug-in hybrid version, called the 4xe, will be yet another case where the hybrid is not available locally. At least initially.

So, what are we dealing with? Thanks to a new unibody platform, designed to accommodate electrification, the new model is even bigger than before. It shares the same 215cm width as the 7-seat Grand Cherokee L, but it uses a 2964mm wheelbase, compared with the L’s 3090mm (up from 2915mm in the outgoing model). The overall length is 4910mm (up from 4828mm in outgoing model), and the track is widened by 36mm. 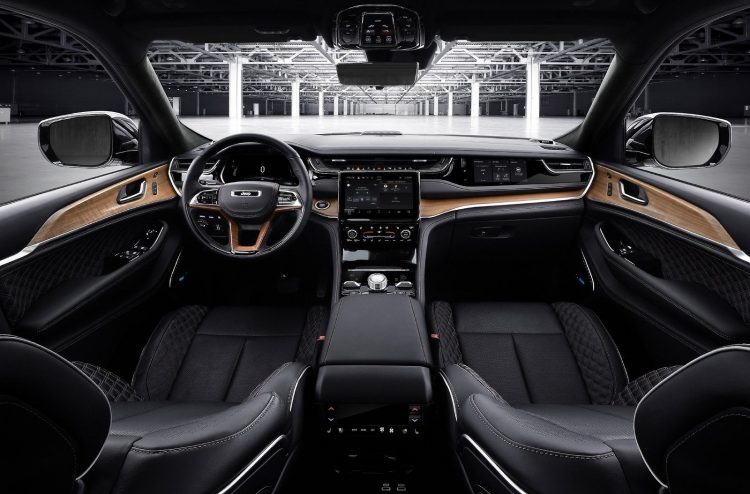 Not only is it more accommodating in terms of passenger space, Jeep is describing the new model as the most advanced version yet. It comes packed with over 110 safety and security systems, such as a new night vision camera, and features up to five digital screens inside. 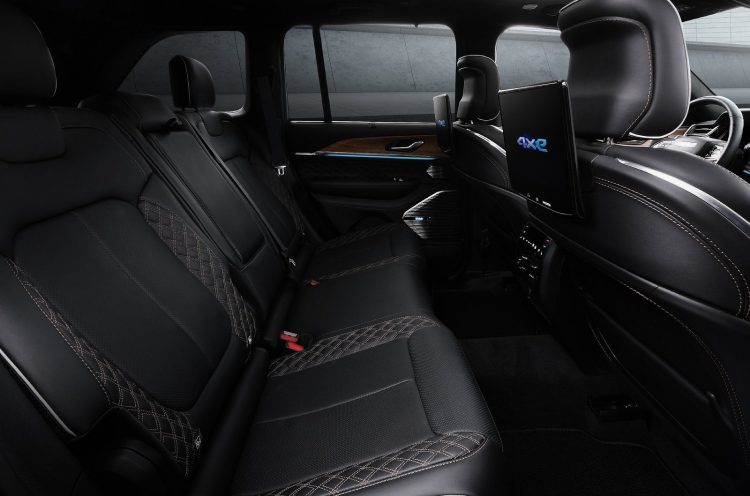 Jeep will be offering (at least overseas) seven different variants for buyers, spanning from the Laredo, Altitude, Limited, Overland, Trailhawk, Summit and Summit Reserve. All of these are powered by a 3.6-litre Pentastar V6 petrol engine as standard, while some will be offered with a 5.7-litre V8 petrol (Overland and above).

The most interesting powertrain, however, is the 4xe. It’ll be available on all variants from the Limited and above. This new setup comprises of a 2.0-litre turbo-petrol four-cylinder, paired with a 400V battery pack, with a capacity of 17kWh. Combined, the system produces 280kW and 637Nm, and offers a full-charge electric driving range of around 40km. 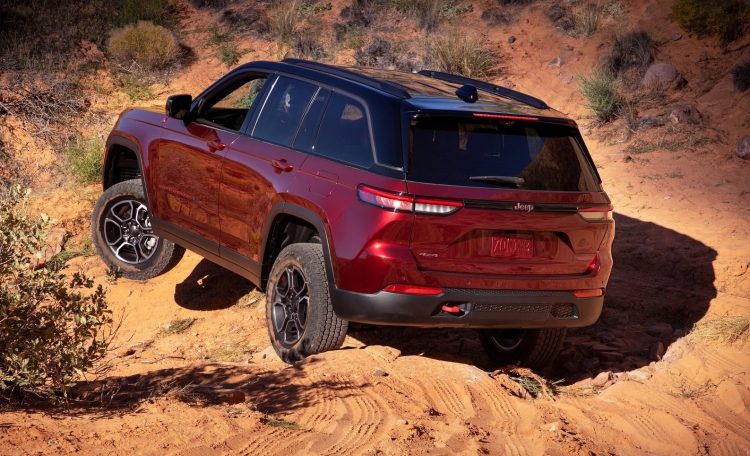 In terms of the heavy-duty stuff, the 2022 Grand Cherokee offers up to 3265kg towing capacity (USA specs), or 2720kg in the case of the 4xe, while buyers will be able to select between Quadra-Trac I, Quadra-Trac II and Quadra-Drive II four-wheel drive systems, depending on the grade.

There’s also Jeep’s Quadra-Lift air suspension, now featuring semi-active damping, and the ability to raise the ground clearance up to 287mm. Off-road fans will also be able to take on water crossings that submerge the vehicle by up to 61cm. 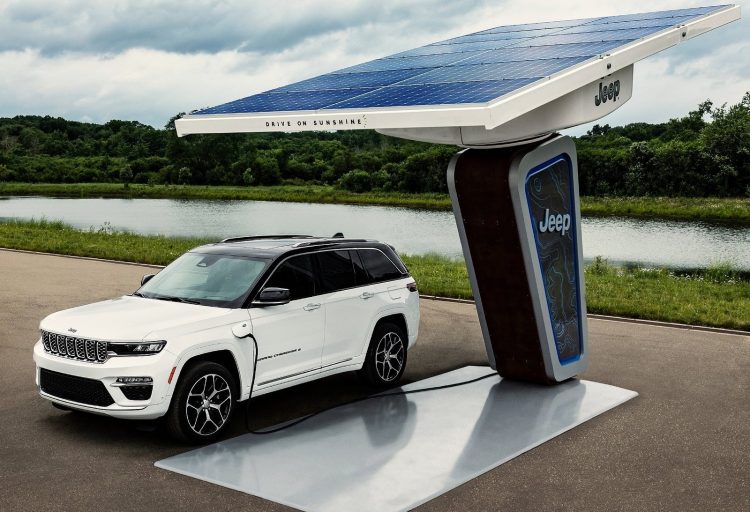 “Customers have come to depend on and enjoy their Grand Cherokee for four generations. We have taken their input into making the most-awarded SUV of all time even better for the fifth generation.”

Jeep says it will be launching the new model in North America during the fourth quarter of 2021, with the 4xe hybrid set to arrive in the region early in 2022. Other global markets will follow later that year, the company says. An Australian introduction is expected some time in the second half of next year for the regular models. Production will take place at the Detroit Assembly Complex in Michigan.