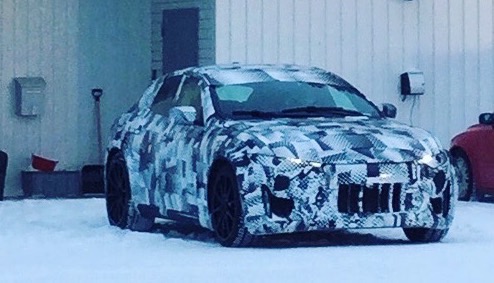 The Ferrari Purosangue has potentially been spied in prototype form in Sweden, likely as part of its winter road testing regime. We also get a taste of the seductive engine sound.

Ferrari is yet to officially provide details on the upcoming SUV, but it’s understood it will be underpinned by a unique platform and not simply a rebadged version of the Maserati Levante. As these spy shots seem to confirm, posted up on Instagram, the new model will be more of a crossover than an upright SUV or typical ‘4WD’.

At the front it looks quite pointed and low, with what seems to be slim headlights similar to what’s seen on the Portofino. There’s also evidence of a vertical-slat front grille, which is very unique as most modern Ferraris don’t really have a grille at all. It’s usually just a large intake and spoiler system. Although the Roma and Portofino do have a grid-like insert. 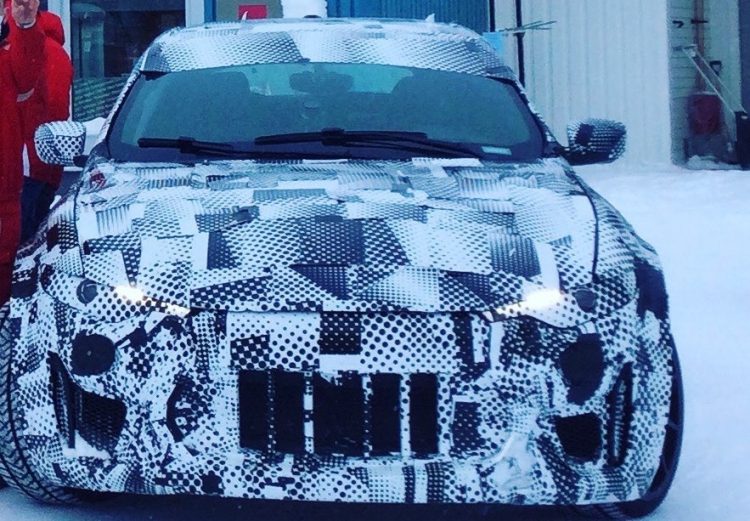 As far as we know this could be one of the first full-body prototypes in the wild. The last time we saw a test mule it looked to be loosely based on the Maserati Levante, with makeshift panels and temporary guards. Even featuring sections of the Maserati’s taillights. If this is a full-body version, we’d anticipate more spy scoops in the near future as it could indicate development getting to the pointy end.

Power will reportedly come from a 4.0-litre twin-turbo V8, similar to what’s seen in the SF90 Stradale, likely hooked up to some kind of hybrid system. In the SF90 the unit belts out 736kW (1000PS), but our guess is this will be watered down somewhat to suit the more practical-minded Purosangue.

There’s also been talk of a V12 being offered, which will make it the only V12 SUV on the new car market (excluding the W12 Bentley Bentayga). In the spy video below the engine does give off a V8-like growl, but then again it is only a prototype. We suspect a V8 hybrid will be the main option, especially with ever-tightening emissions laws coming in.

Showroom arrival is expected to take place in around 12-18 months, potentially with an online reveal occurring beforehand. Check out the quick spy video below for a preview.