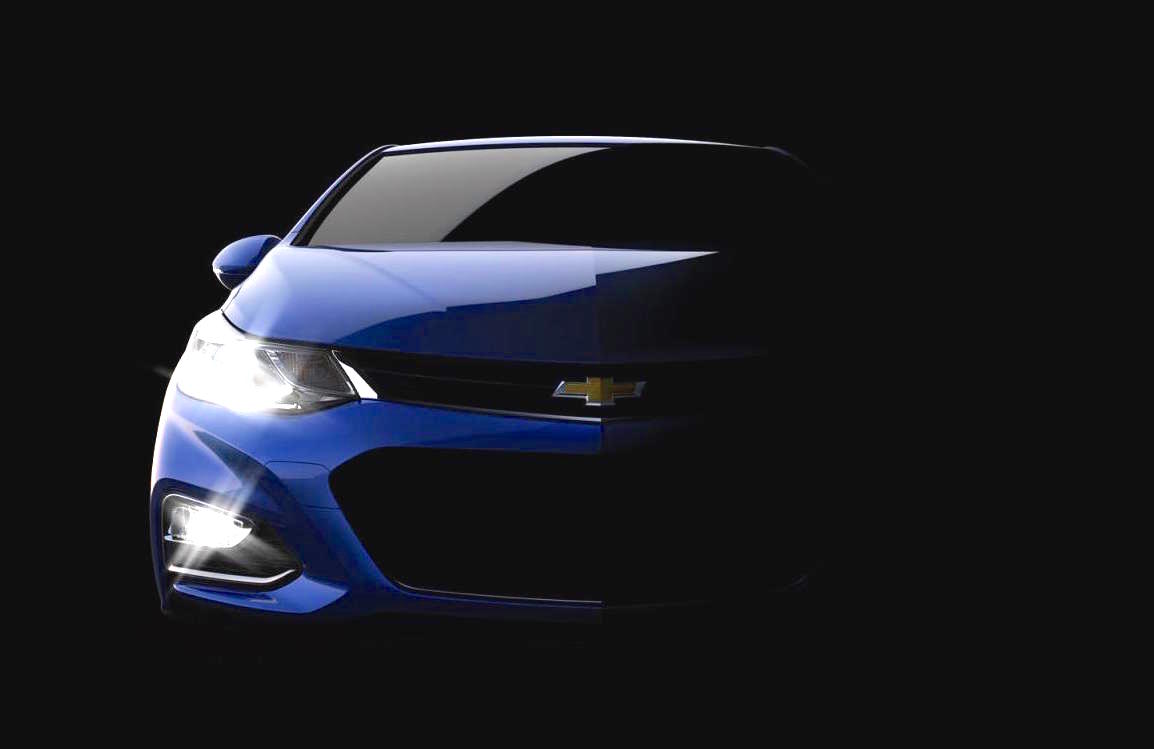 Another teaser of the 2016 Chevrolet Cruze has been released, giving us a quick look at some of the front end while revealing some of the highlight features. 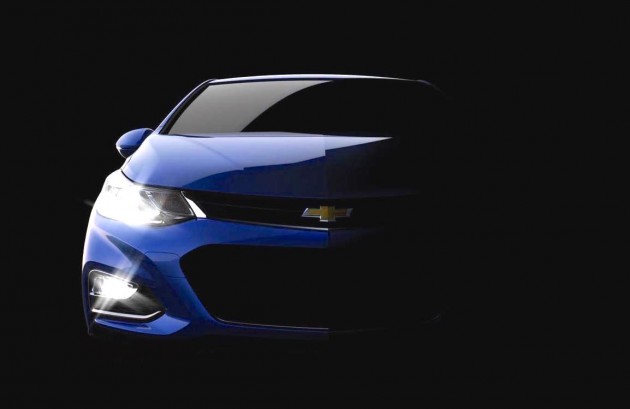 The Cruze is Chevrolet’s most popular model around the world. It’s sold in 115 countries, including in Australia as the Holden Cruze. It is especially popular in China, Brazil and Canada.

The company has also confirmed the 2016 Cruze will be one of the first Chevs to offer Android Auto and Apple CarPlay compatibility, which seems to be the latest in-car technology benchmark these days. Alan Batey, president at General Motors North America and global Chevrolet brand chief, said,

“In every corner of the globe, Cruze has been successful at introducing new and younger customers to Chevrolet. Compact car customers are looking for style, safety and connectivity at an affordable price and the Cruze delivers on all fronts.”

The new model will be unveiled on June 24, joining the new Volt, Malibu and Camaro as freshened up vehicles unveiled by Chevrolet this year. Market entry will take place early in 2016.

Holden Australia is yet to confirm what it will do next for the small car segment. It currently sells the Cruze as well the European Astra of similar size. However, we only get the sporty GTC Astra which comes in three-door form only. Holden will want to make sure it doesn’t overlap models.