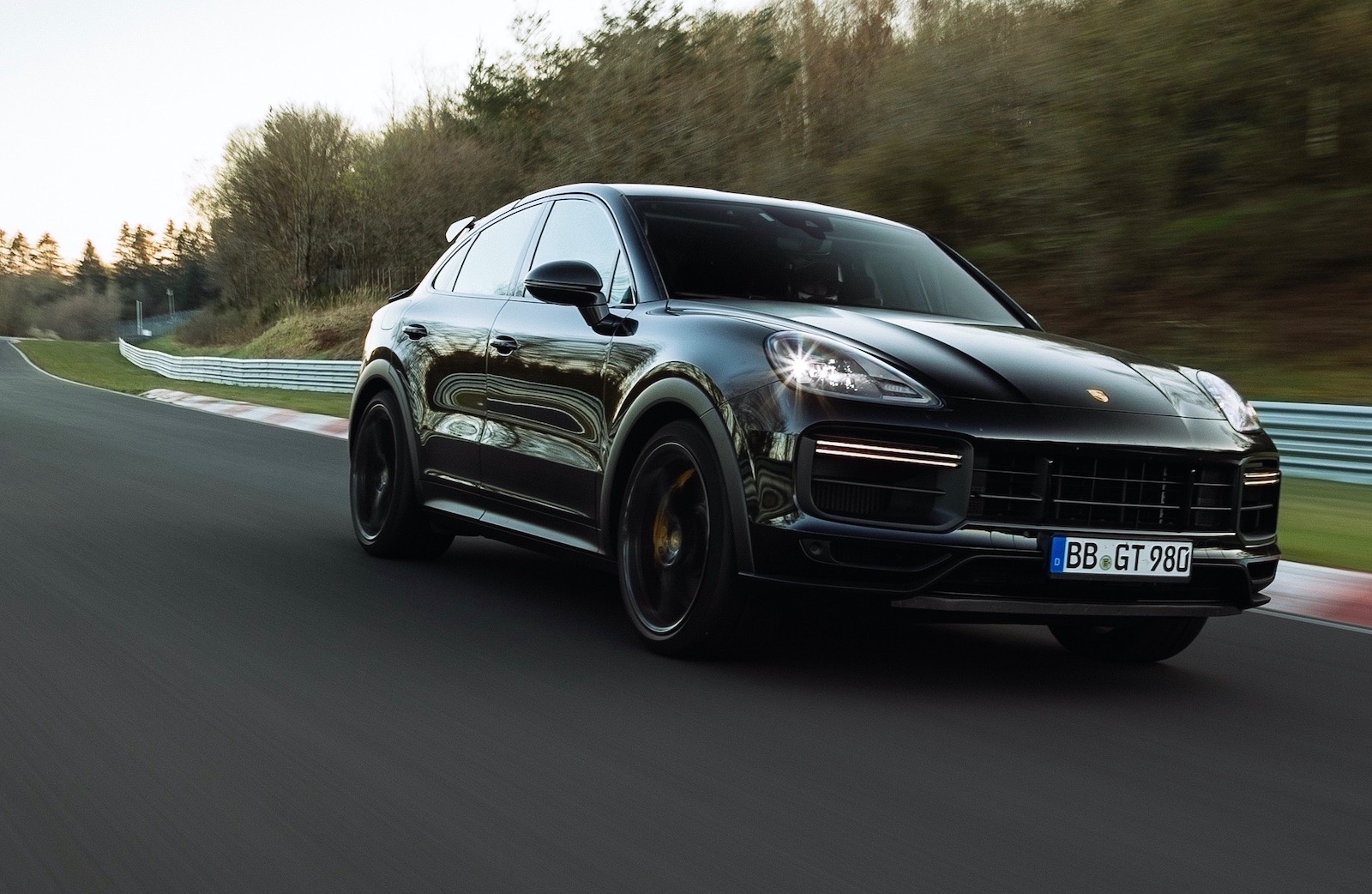 Porsche is celebrating a major milestone after setting a new Nurburgring lap record in an upcoming high performance version of the Cayenne Turbo Coupe SUV. 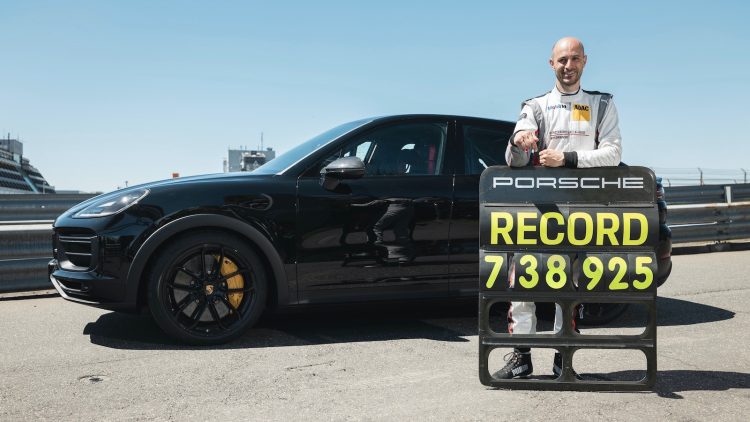 A lightly camouflaged version of a production series Cayenne Coupe (model not yet confirmed) managed to lap the 20.8km Nurburgring Nordschleife in 7:38.925, with test driver Lars Kern behind the wheel. The lap time, according to Porsche, has been verified by the official channels and is a record-setter for the production ‘SUV, off-road vehicle, van, pick-up’ category.

The vehicle in question is based on the Cayenne Turbo Coupe, which was running on tailor-made 22-inch Pirelli P Zero Corsa tyres, and the cabin was fitted with a racing seat and roll cage purely for safety purposes. Test driver Lars Kern spoke of the record, saying:

“It changed direction at lightning speed in the fast curves such as between Hohe Acht and Eiskurve, with no wobble and no tendency to understeer. Even in this technical stretch, the Cayenne is an real driver’s car that is easy to control. The wheels normally leave the ground at both the Pflanzgarten I and II crests but these sections felt smooth and quiet in this Cayenne. There is a lot of wheel travel, and the body stays solid and controlled.” 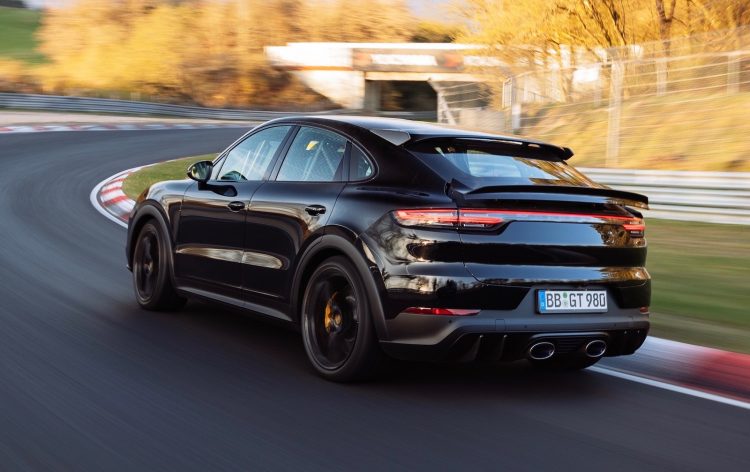 As for this new variant, Porsche hasn’t confirmed what it is exactly. Buyers are already offered the 404kW/770Nm Cayenne Turbo, and the 500kW Turbo S E-Hybrid. There’s even the sporty 338kW GTS variant. About the only badge not offered is ‘Turbo S’.

Speculations suggest the ‘S’ will receive a 463kW version of the 4.0-litre twin-turbo V8, as seen in the new Panamera Turbo S. Porsche has confirmed it unveil the model “shortly”. Check out the full on-board lap video below for a preview (and proof). Note the real-time power gauge peaks at about 630PS, which is 463kW.