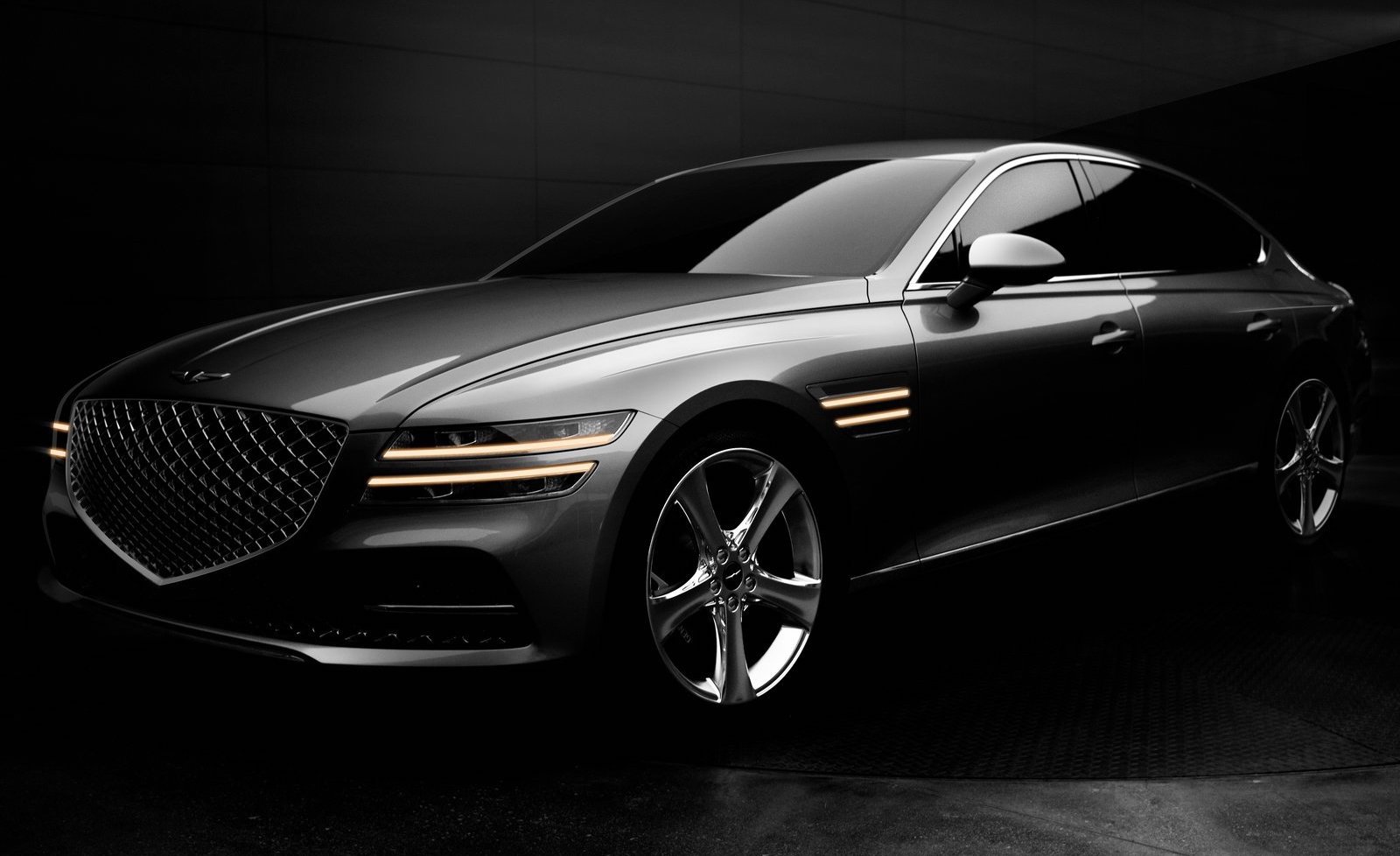 This is the all-new 2021 Genesis G80 large luxury sedan, which has just been unveiled today. It sports the company’s new-look design headlined by a crest grille and doubled-lined headlights. 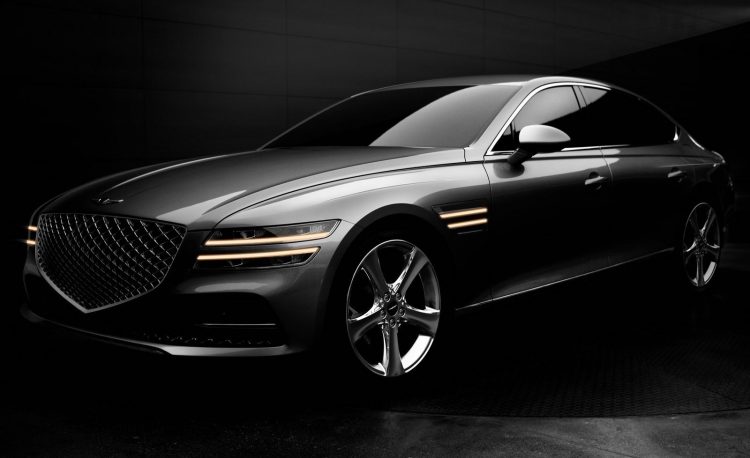 It’s the replacement to the outgoing G80, which itself is essentially a rebadged version of the original Hyundai Genesis that was launched in Australia in 2014. This new model is underpinned by Genesis’s fresh platform that we first saw with the GV80 SUV earlier this year.

The company’s ‘Athletic Elegance’ design language is applied, resulting in clean body lines that flow from the crest grille and form the bonnet contours, continuing along the top of the doors and downward towards the rear for a swooping profile. Speaking about the styling, Sang Yup Lee, head of Genesis Design, said:

“A relationship begins at first sight. The distinctive ‘two lines’ signature of the Quadlamps presents a clear and unique Genesis identity within seconds. No matter what body type, sedan or SUV, the Quadlamps and Athletic Elegance design language present a distinctive brand identity, and this will enable Genesis to offer a fresh alternative within the existing luxury space.” 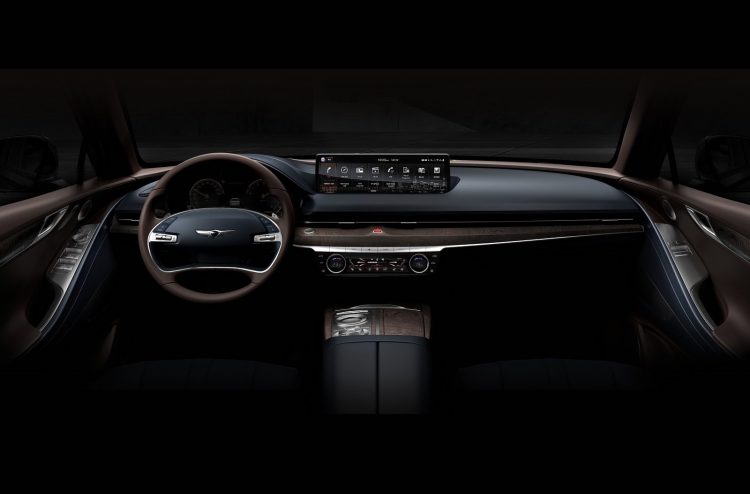 Inside, Genesis describes the layout as offering the perfect blend of cutting edge technology and personal space. The dash, which gives off the impression that it’s floating, is decorated with fine wood and features only a simple climate control panel in the middle.

A thin climate vent runs the entire width of the dash, while the A-pillars have been designed to look as thin as possible, with a small rear-view mirror helping to give the driver a wide and panoramic vista. There’s also a new 14.5-inch infotainment screen neatly nestled atop the dash. 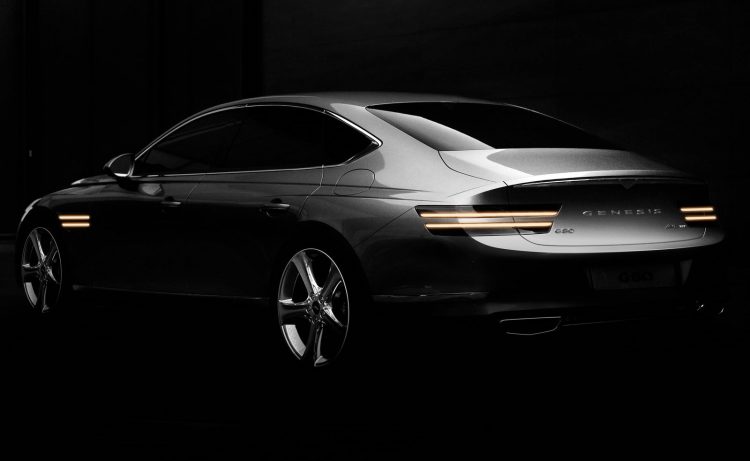 No mechanical specifications have been revealed at this stage, however, speculations suggest Hyundai Motor Group’s new 2.5-litre turbo-petrol four-cylinder ‘Smartstream’ unit could be in store for the entry model. In other applications it produces 207kW and 421Nm.

The 3.3-litre twin-turbo V6 from the G70 and Kia Stinger might also be on the cards, developing 272kW, while the company’s all-new 3.0-litre turbo-diesel inline-six that debuted in the GV80 might also join the ranks in some markets. In the SUV the diesel unit generates 205kW and 589Nm.

Genesis Australia confirms the new G80 will go on sale locally during the second half of this year, with prices and specs yet to be confirmed.