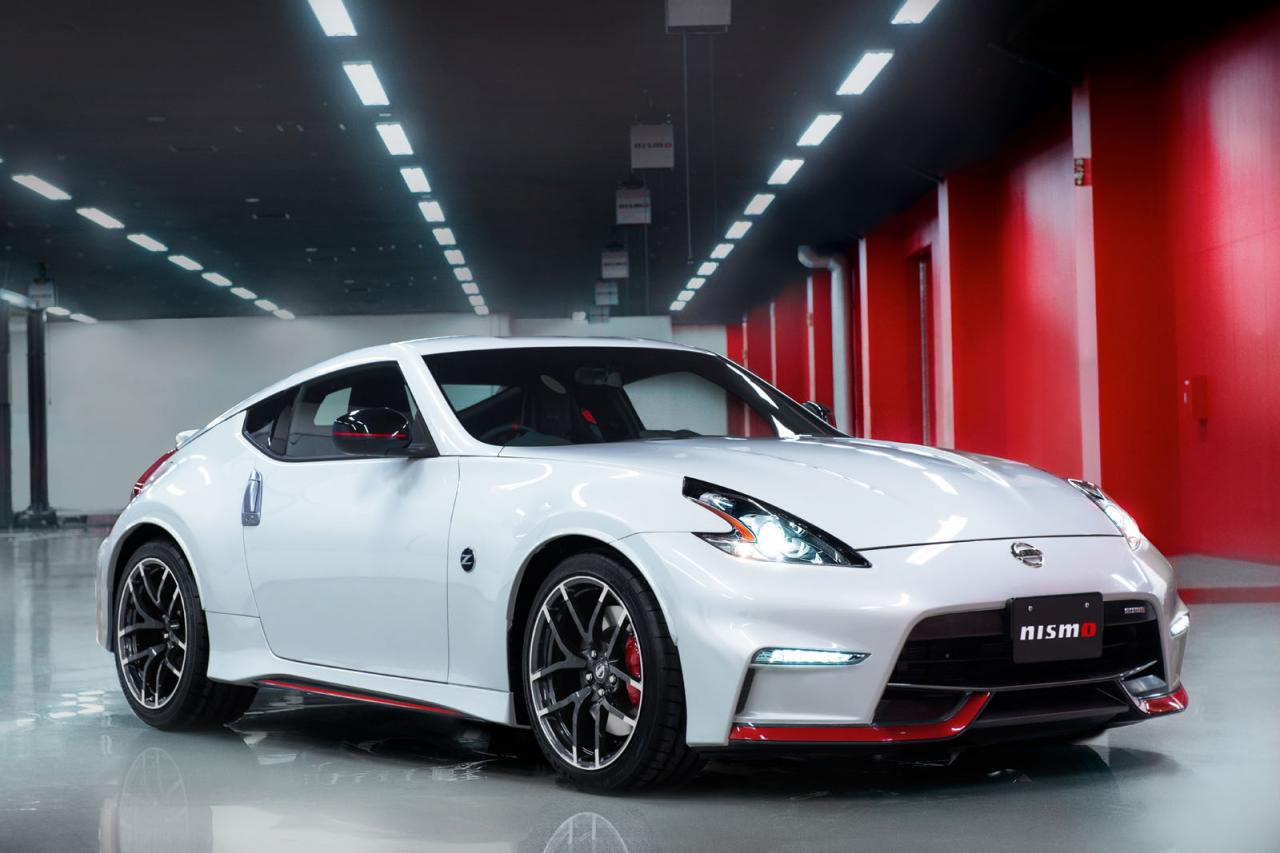 Nismo has unveiled the 2015 Nissan 370Z Nismo at the ZDayZ event in North Carolina. This is the facelifted model which introduces a seven-speed auto option, revised handling, and a bespoke interior. 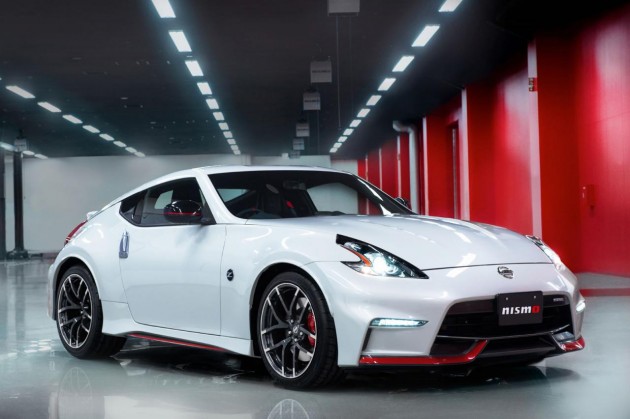 The car made its debut in front of hundreds of Z car fans at the ZDayZ festival which celebrates all Nissan and Datsun Z cars. It stands out with a striking new bodykit that is instantly recognisable as a product of Nismo.

At the front is a distinctive spoiler system with a red lower lip, a GT-R-like central grille area which is coated in charcoal grey paint, and some horizontal LEDs running into the side intakes. Matching side skirts and an aggressive rear diffuser and lip spoiler finish it off. 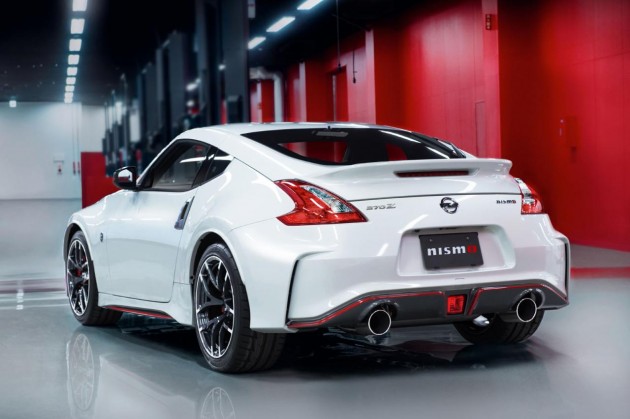 Rolling on 19-inch RAYS super lightweight forged alloy wheels makes it really stand out in a crowd. These are charcoal grey as well and feature a machined finish which was previously silver. The wheels are bolted to a retuned Nismo sports suspension setup with new springs and dampers, while a strut brace at the front ensures maximum rigidity.

Inside you’ll find a set of proper Recaro bucket seats finished in black and red leather and Alcantara, while the driver gets a unique Nismo steering wheel and instrument cluster. There’s also a number of badges and logos scattered about to let passengers know it’s no ordinary 370Z.

Under the bonnet is the same 3.7-litre naturally aspirated V6 as last year’s model. It produces 261kW of power and 374Nm of torque. The punchy V6 is matched up to either a six-speed manual or a new seven-speed automatic, feeding power into a viscous limited-slip differential at the back with a shorter/quicker final drive ratio.

Unfortunately, Nissan Australia will not be welcoming the Nismo 370Z locally any time soon. The company is still weighing up the possibility of bringing the Nismo brand Down Under. It will go on sale as a standalone model in the US in July.