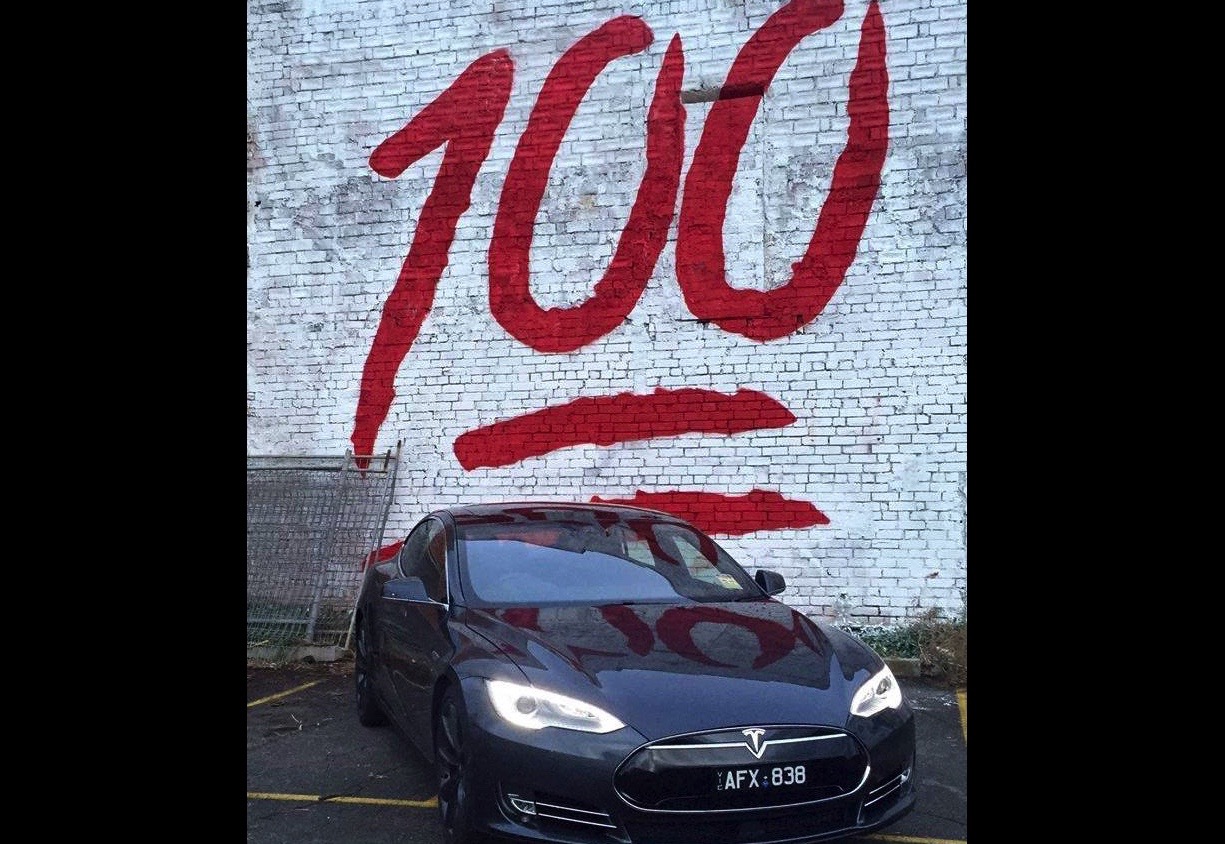 Rumours of a 100kWh battery for Tesla vehicles has fired up, with a potential teaser shown on the company’s Facebook page hinting the 100 power figure. 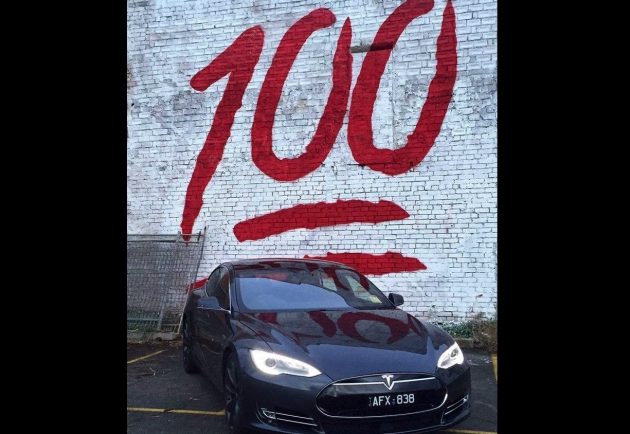 Tesla seems to have all-but-confirmed the arrival of a ‘100D’ and ‘P100D’ on its Facebook page, posting a photo of a Model S with ‘100’ in the background. Tesla describes the image as “100% electric”, however, many keen fans have jumped at the idea of an 100kWh battery option being on the way.

Last month we heard about a hacker who managed to hack into a Model S’s computer system to uncover some interesting codes. These codes were then decrypted to reveal “P100D”.

The news comes following the Environmental Protection Agency (EPA) having tested and certified the 2016 Tesla P90D for a range of more than 470km, according to its website. This equates to a 6 per cent rise in efficiency. According to InsideEVs.com:

“The new 90D was listed by Tesla at 294 miles of range, versus the old 270-mile EPA rating (which was actually based on the 85kWh car – the 90kWh version was not originally re-tested/certified for greater range via increased battery capacity) and Tesla’s previous 288-mile estimate.”

No technical details have been confirmed at this stage, but a potential 10kWh jump it would result in a considerable increase in range, and yes, even more power over the already ludicrous P90D.