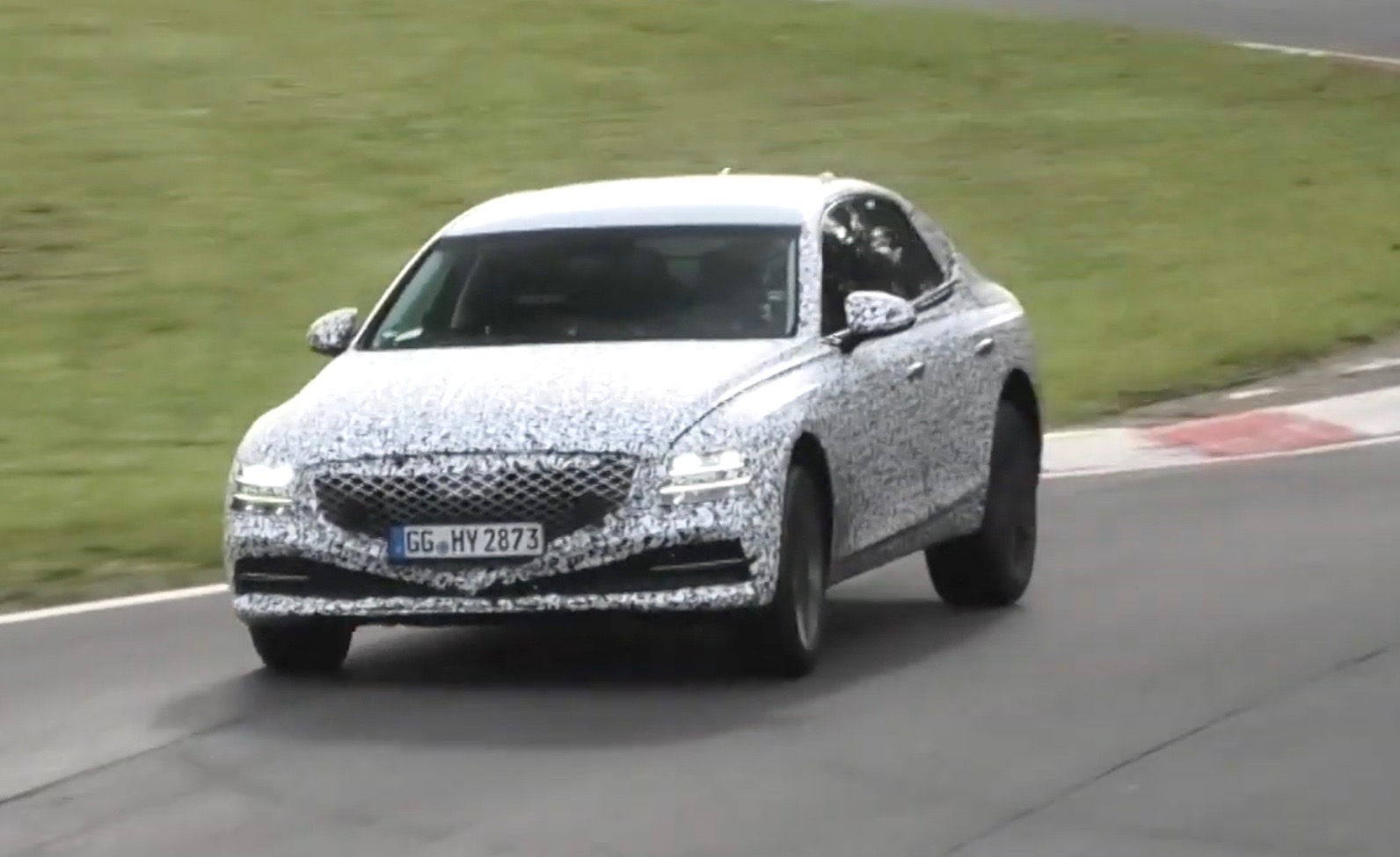 Genesis has been spotted testing a prototype version of its upcoming, second-generation G80 at the Nurburgring. And it appears to be wearing some of its new-look production panels. 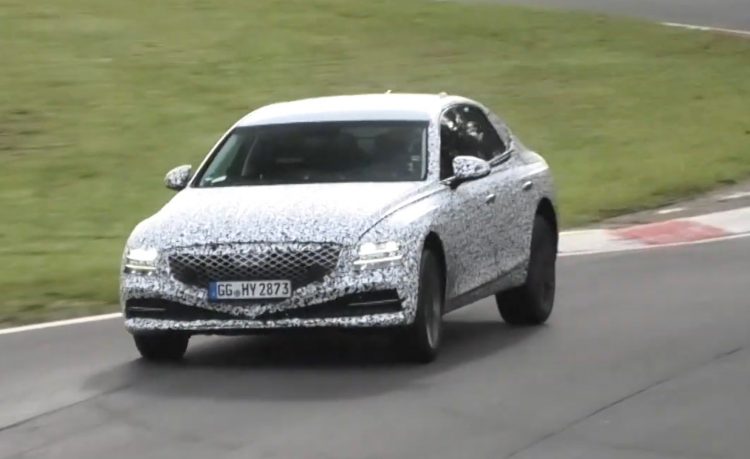 The next G80 will be quite a significant one for Genesis as it is set to be the basis for the brand’s first-ever fully electric vehicle. Just last week Hyundai announced its ‘Strategy 2025’ plan, which includes big investments in the field of electrification, including a goal to have an EV option for most models by 2030.

As part of the plan, Hyundai confirmed that Genesis will be introducing its first fully electric vehicle in 2021. Although it hasn’t confirmed what the vehicle will be exactly, it’s understood the next-gen G80 will be the one. After all, the G80 could be considered the core model for the brand, being the first product it launched (originally known as the Hyundai Genesis in Australia).

Before the EV comes along though Genesis is set to launch the new G80 during the second half of 2020. It will bring in a fresh design language for the brand, with subsequent models likely to follow the same styling theme further down the track.

Firstly, you might notice the new-look grille on this prototype. It’s a big, inverted crest with chrome diamond-patterned mesh. It extends very wide across the front end too, leaving just enough room for the fresh LED headlights. Although the headlights are concealed a bit on the test mule, they are expected to take on the new split design as seen on the GV80 concept from 2017.

As for the powertrains, there’s reason to believe the brand will install the upcoming 2.5-litre turbo four-cylinder ‘Theta III’, with some talk of an even newer twin-turbo version lifting power from the expected 216kW to around 225kW. There’s also rumours of a new 3.5-litre turbo V6, known as the ‘Lambda III’, coming in to replace the current 272kW 3.3-litre twin-turbo V6 (not offered on Australian-spec G80), with around 300kW.

There isn’t much to hear in this spy video, unfortunately, so we can’t even predict what the powertrain is. However, there is talk of a plug-in hybrid being on the cards, and we’d suggest that’s what we are looking at here. Click play below to check it out.