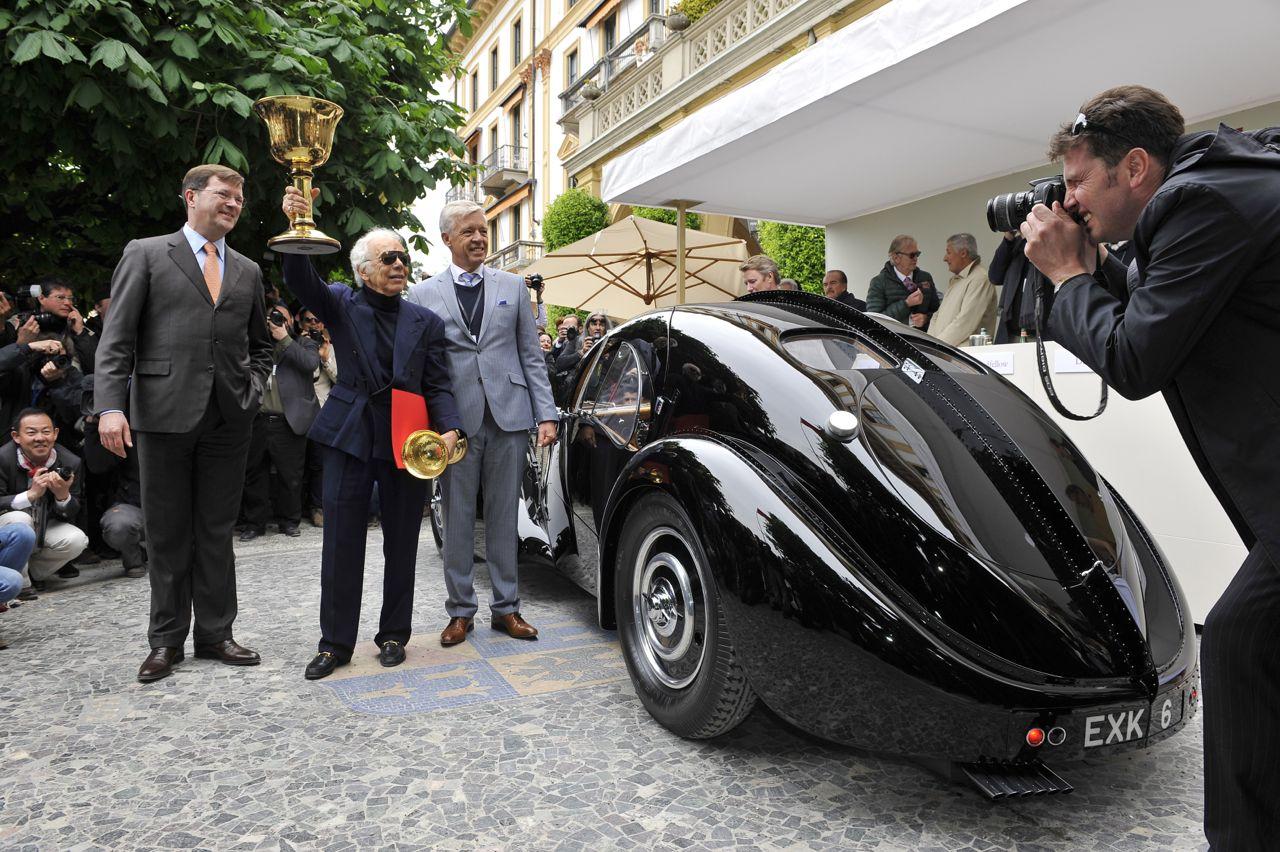 Ralph Lauren’s classic 1938 Bugatti 57SC Atlantic has taken out the ‘Best of the Show’ award at the Concorso d’Eleganza Villa d’Este in Italy. The fashion designer’s car is one of just four ever made, and is said to be one of two still in existence. 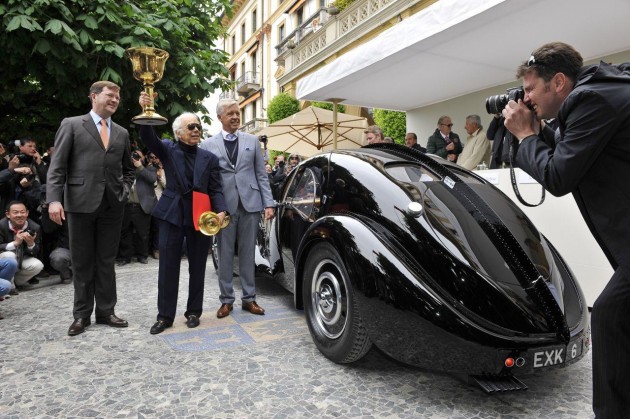 Anything with a Bugatti badge attached to it is almost always a highly exquisite piece of elegance. In this case, it’s made even more special by being owned by one of the world’s most famous high-end fashion designers.

The Bugatti 57SC Atlantic was a very special car in its time, and commands huge respect nowadays. With just two of them still in existence, it’s even more exclusive. The other example still around sold for between US$40-50 million in 2010, which means Lauren’s version may be worth even more than that.

The 57SC Atlantic is powered by a twin-cam 3.3-litre inline eight-cylinder engine boosted by a supercharger. Power is rated at 150kW, or at least in 1938 it was.

Almost all of the body is made from aluminium and was designed by Jean Bugatti, son of Ettore Bugatti (company founder). It provided an overall kerb weight of around 950kg.

In a jet black colour, the car looks absolutely magnificent from every angle. It’s no wonder it was given the prestigious award.