BMW Australia has announced the updated 5 Series Gran Turismo range, including introducing the new entry-level BMW 520d Gran Turismo. Economy has been improved across the board, while power has been increased for the 530d. 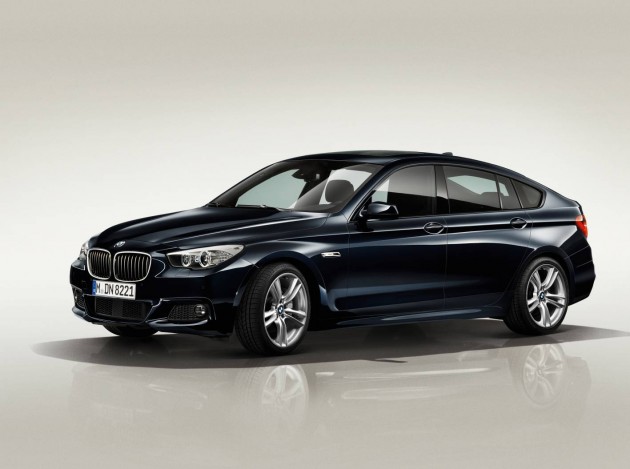 With the introduction of various EfficientDynamics features, such as electronic steering and automatic stop-start, even the economy of the 535i GT – with its 3.0-litre turbocharged petrol inline six – has been improved. It consumes an average of 8.2L/100km, which is not bad for a vehicle with 225kW and 400Nm.

Like the new BMW 3 Series, all 5 Series GT models now come with BMW’s Driving Experience Control. Basically this provides the driver with the option of selecting different driving modes to suit the conditions, with Comfort and Sport, and an ‘ECO PRO’ mode to maximise economy.

All 5 Series GTs are now available with the M Sport pack as well. This sprinkles the GT in various M performance features, such as a sports steering wheel, sporty bucket seats, sports suspension, a subtle bodykit, and a set of 20-inch alloy wheels.

“The 5 Series range is iconic and was the class leader in sales last year. Now with the new entry level model, revised pricing and improved specification of the Gran Turismo we are set to build on that success.”