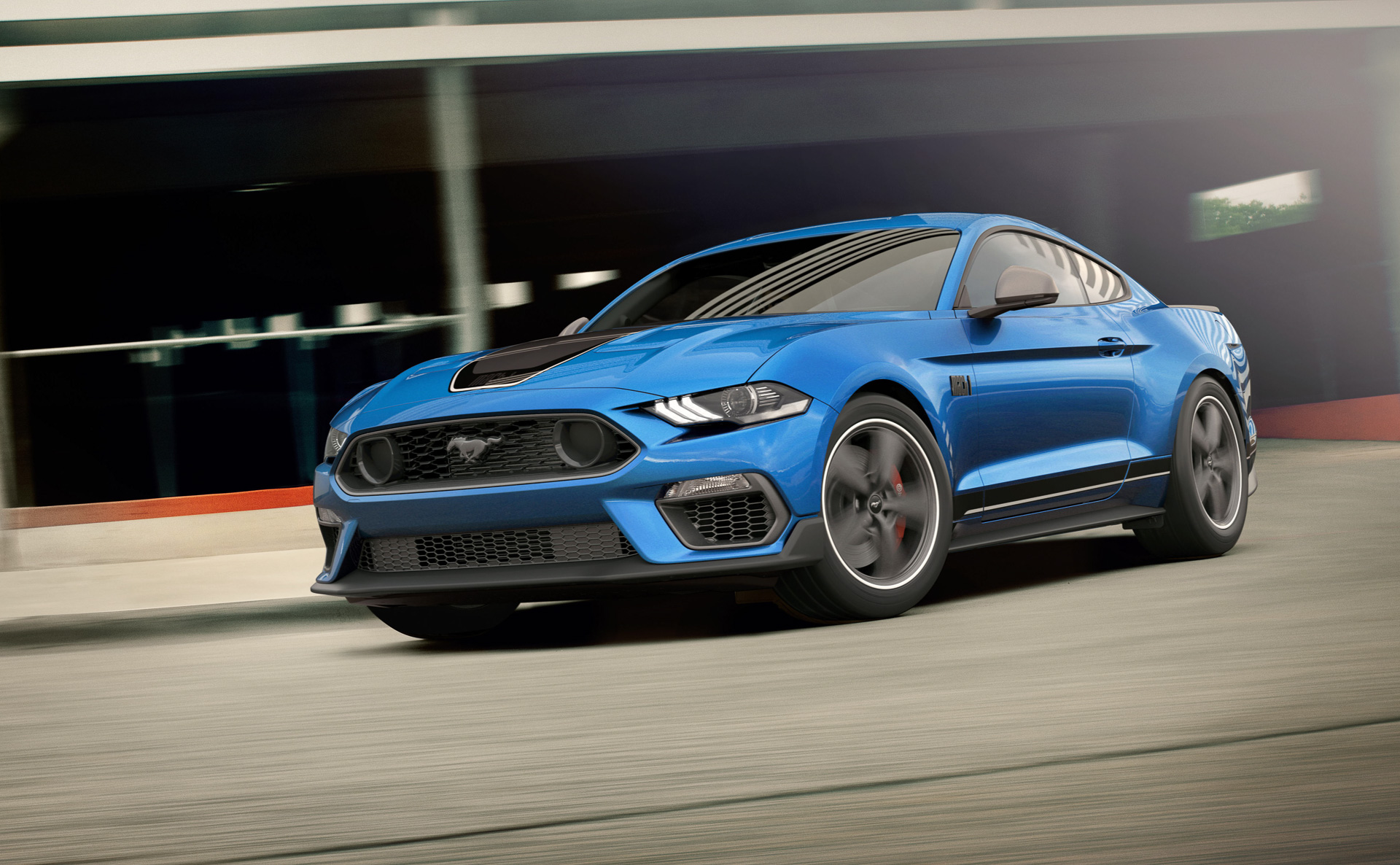 We only had confirmation that the Ford Mustang Mach 1 is coming to Australia a couple of weeks ago. The local arm has now announced further details, including pricing and the availability of both manual and auto transmission options. 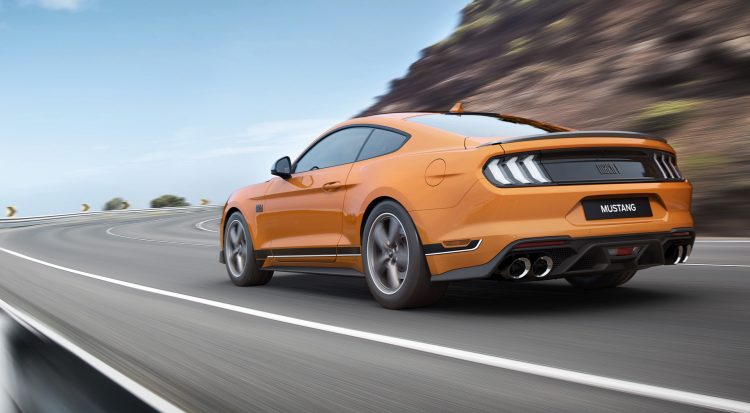 The Mustang Mach 1 is described by Ford as the “best-handling factory-produced Mustang” ever. Various bits and pieces are borrowed from the overseas-only GT350 and GT500, including an auxiliary oil cooler from the GT350, the 87mm throttle body from the GT350, amd subframes and toe-link components from the GT500. The rear diffuser is also from the GT500.

Power comes from a unique-tune 5.0-litre naturally aspirated V8 that produces 345kW at an impressive 7500rpm, with 556Nm of torque available at 4600rpm. Aussie buyers will be able to choose between a six-speed Tremec manual or a 10-speed automatic. The manual comes with a twin-disc clutch and incorporates rev-matching technology.

As for the handling, it’s all taken care of thanks to an adjustable MagneRide suspension setup, matched with stiffer springs and stabiliser bars to ensure the Mustang remains flat and focused at all times. The electronic power steering system is also recalibrated for better response and feel, while the aero kit for the exterior provides 22 per cent more downforce than the regular GT. Andrew Birkic, president and CEO at Ford Australia and New Zealand, said:

“Following the success of Mustang BULLITT and Mustang R-SPEC, we are very excited to introduce this highly capable, track ready Mustang to our Australian Mustang fans. The unique styling, which pays homage to the original model, is more than worthy of its legendary badge.” 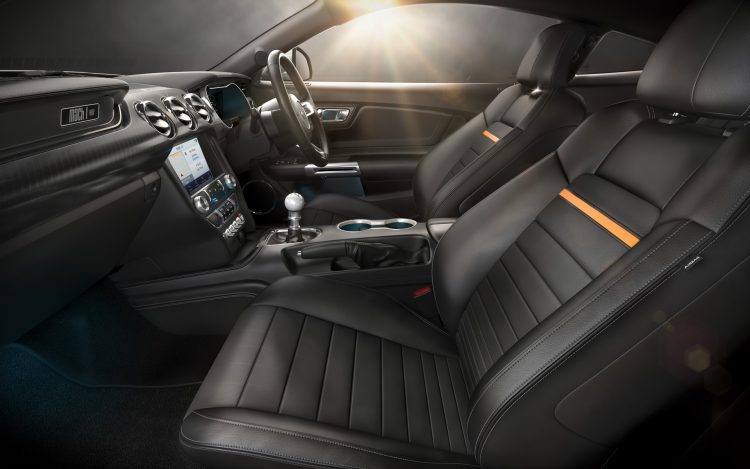 Passengers are pampered inside with heated and cooled front seats, and the dash showcases an 8.0-inch touch-screen media interface running Ford’s SYNC 3 system, paired up to a 12-speaker B&O premium sound system as standard. FordPass Connect is also included, enabling remote functionality such as start and unlock and vehicle status checks.

Ford Australia will launch the MY21 Mustang Mach 1 next year. It will be a limited edition model, but Ford is offering some personalisation options. See below for the starting prices (excluding on-road costs), and further below for the options.