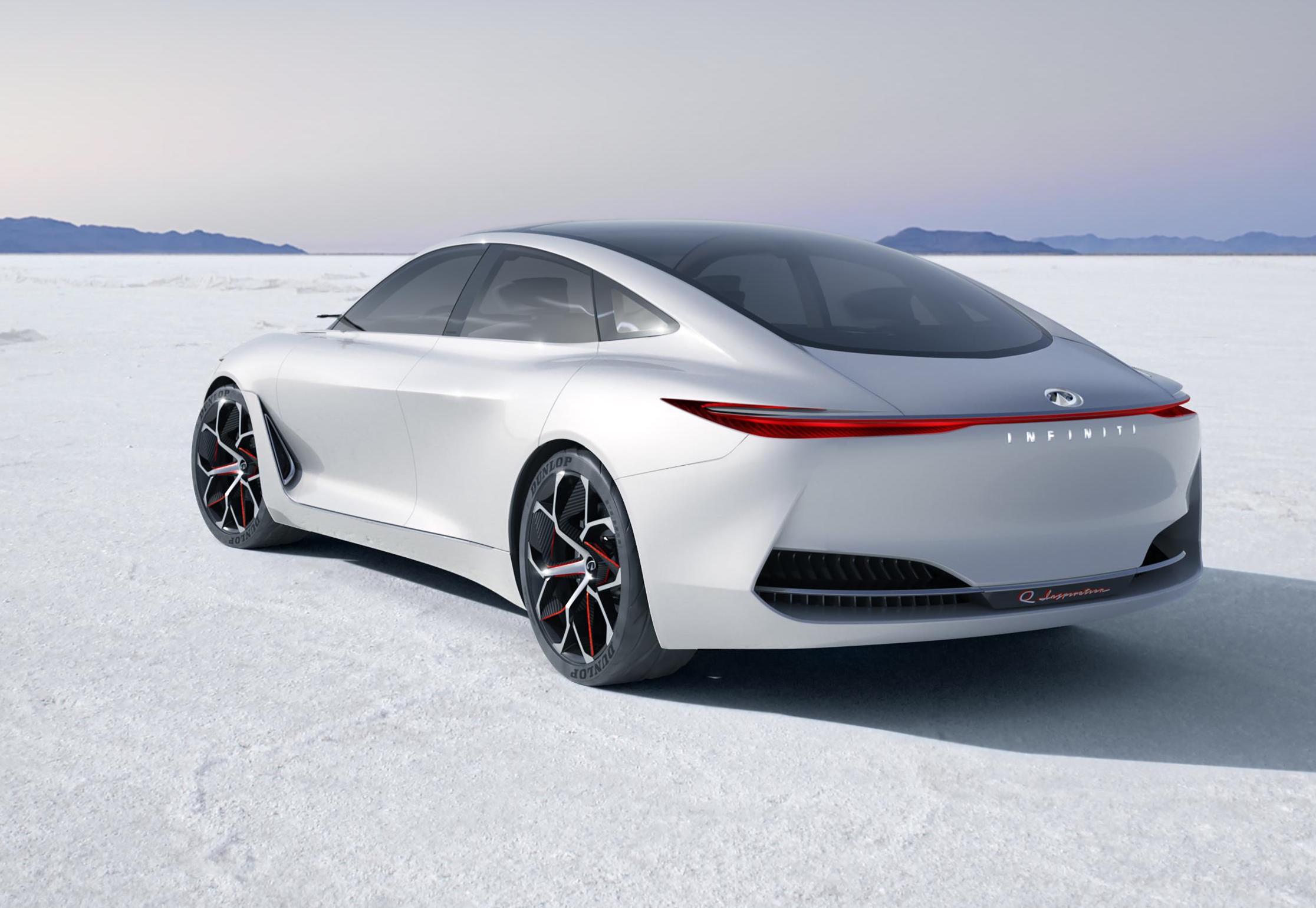 An image of Infiniti’s all-new Q Inspiration concept car has been released in the lead up to its big debut at the North American auto show in Detroit later this month. It’s set to preview the next-gen Q50 and Q70 sedans. 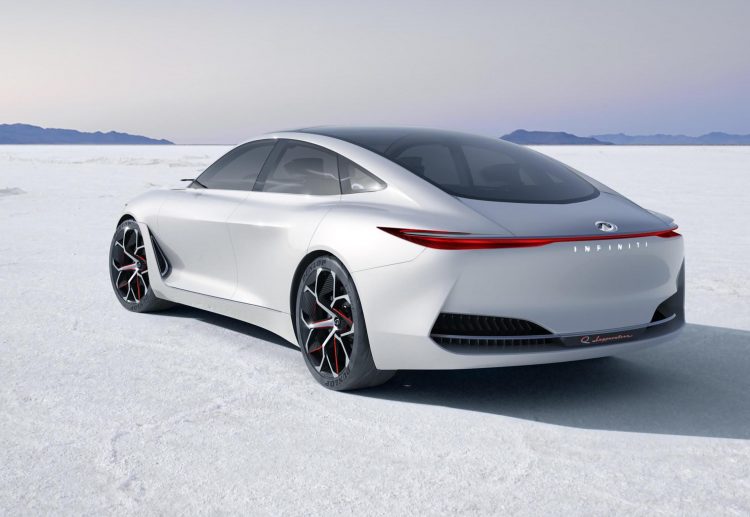 Infiniti doesn’t specifically confirm the concept previews the next-gen Q50 and Q70, but the Nissan-owned company does say it represents the “next step in Infiniti design”. In other words, the concept lays the groundwork for Infiniti’s next-generation design language.

This means future showroom models will draw inspiration from this design. It also hints at a four-door coupe layout, which is a market niche that Infiniti doesn’t currently compete in. Speaking about the concept, Karim Habib, Infiniti executive design director, said:

“Experimenting with new proportions in an established segment with the arrival of smarter, compact powertrains, the Q Inspiration features a shorter hood and elongated body, with all the benefits to interior wellbeing, comfort and space that this layout entails.”

The key phrase we should probably pick up there is the fact that it’s pitched in “an established segment”, suggesting the mid-size sedan segment or to rival the influx of new-age four-door coupes such as the Kia Stinger and BMW 4 Series Gran Coupe and so on.

Taking a look at the sole image, the concept does look very futuristic and smooth, with a unique C-pillar blending seamlessly and elegantly into the rear haunches. There’s also some ultra-thin taillights and a massive rear apron with none of that traditional quad-outlet exhaust stuff poking out.

We’re eager to see more of this, including what lies beneath the bonnet. Infiniti has done some interesting things with powertrains over the last year or so, including launching the 3.0-litre twin-turbo V6 with up to 298kW, and it’s about to launch the world’s first variable compression engine with the QX50 mid-size SUV. Stay tuned for the full reveal, scheduled for January 15.