Lamborghini is planning to unveil an all-new concept at the Geneva show this week called the Lamborghini Aventador J. The concept showcases a very dramatic speedster-like open top theme. 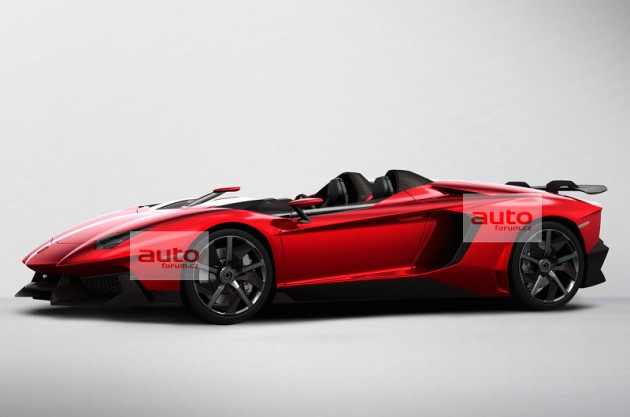 The Italian company is working on an Aventador Roadster which is expected to hit the showrooms later this year. The new drop-top could be unveiled at the Geneva show as well, however, Lamborghini is yet to announce official plans.

This Aventador J though, it’s a wild-looking concept, not likely to be headed for production any time soon. It features a chopped and possibly divided windscreen and deleted A-pillars.

These images, first picked up by Czech website Autoforum, shows the Aventador J will also get additional wings and side skirts over the normal Aventador, and by the looks of it a very aggressive rear diffuser. 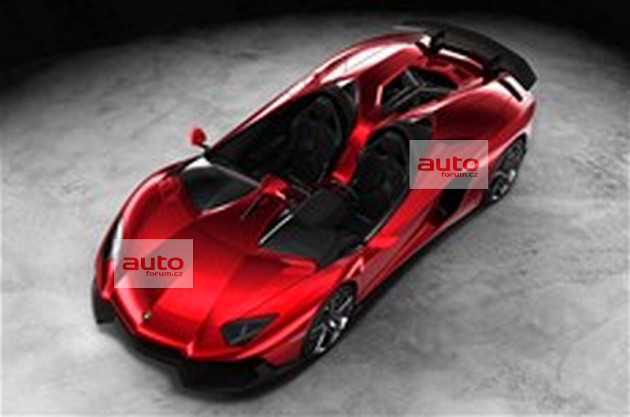 As far as we know the same 6.5-litre V12 engine as the normal Aventador resides in the back, producing 515kW and 690Nm. Although the power may be unchanged – not confirmed – it is believed a fair bit of weight reduction has gone on with the roof being removed. This could potentially improve its acceleration and power-to-weight ratio.

All will be revealed this coming week at the 2012 Geneva Motor Show. Stay tuned for plenty of coverage on this and other news from the show on our front page.

Lamborghini has released a teaser video of what to expect at Geneva. Check it out below.