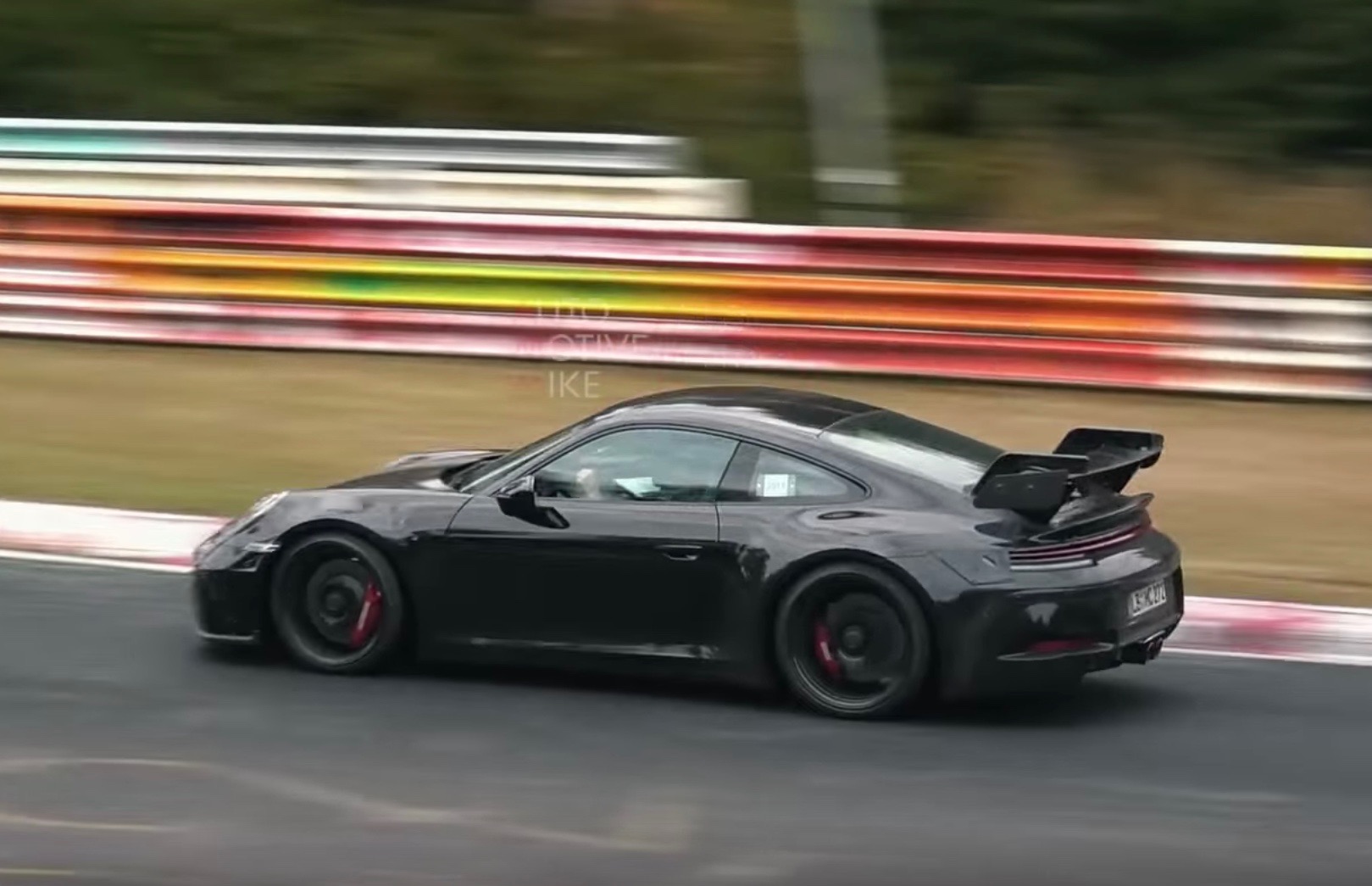 Have a listen to this. Porsche has been spotted testing the upcoming 2020 Porsche 911 GT3 ‘992’ at the Nurburgring, going flat chat for all to hear. The prototype appears to be wearing its new-look aero kit as well. 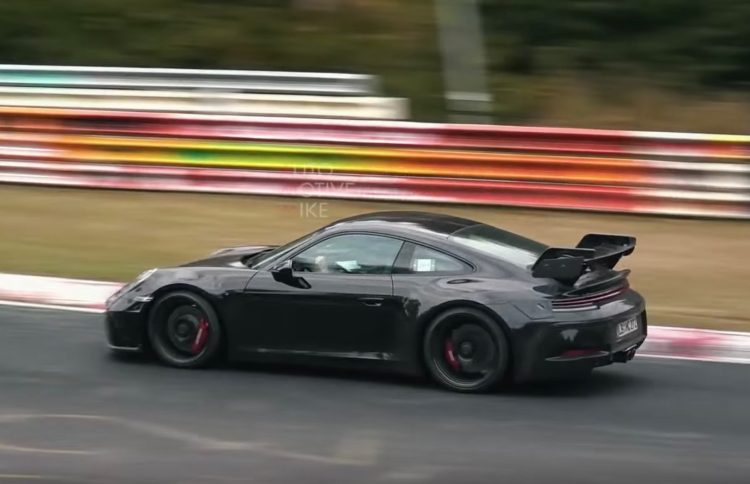 Porsche is yet to unveil the next-gen 992 911 range, but some say it may debut as early as the LA auto show later this month. But we suspect the GT3 version is still some time away yet, given Porsche is still undergoing thorough testing with the new model.

In the video below we get a good look at some of the finer details and potentially a clear idea of its aero kit. At the rear fans will spot the motorsport-inspired rear wing with side fins and thick mounting struts. This is much more serious than the current arrangement. Of course, there is the possibility Porsche is using more hardcore aero parts purely for the sake of testing.

Some other design highlights are also previewed, such as full-width taillights with wrap-over rear guards, new four-spot LED headlights, a new front bumper bar and intake system which appears to look cleaner and wider in the case of this prototype, while some new dark-painted wheels that are slightly dished at the rear complete the look. Again, some of this stuff might be limited to the prototype and fitted for testing purposes only.

As you can clearly hear, the engine does not sound like it is turbocharged. Despite almost all models in Porsche’s current showroom featuring turbocharger technology, the next-gen 992 GT3 is set to carry on with a traditional naturally aspirated flat-six. This will come as excellent news for the diehard fans.

It’s believed the engine will be based on the current 4.0-litre unit. It’s unknown what sort of power figures it’ll kick out, but knowing Porsche, some tweaks are likely to be made to increase power from the current 368kW/460Nm output. In manual form the current model does the 0-100km/h dash in a claimed 3.9 seconds, or 3.4 seconds in the case of the dual-clutch automatic version.

The 2020 Porsche 911 GT3 will probably be unveiled some time during the first half of next year, potentially at the Geneva motor show in March. In the meantime, click play below for a preview. And be sure to turn up the volume.