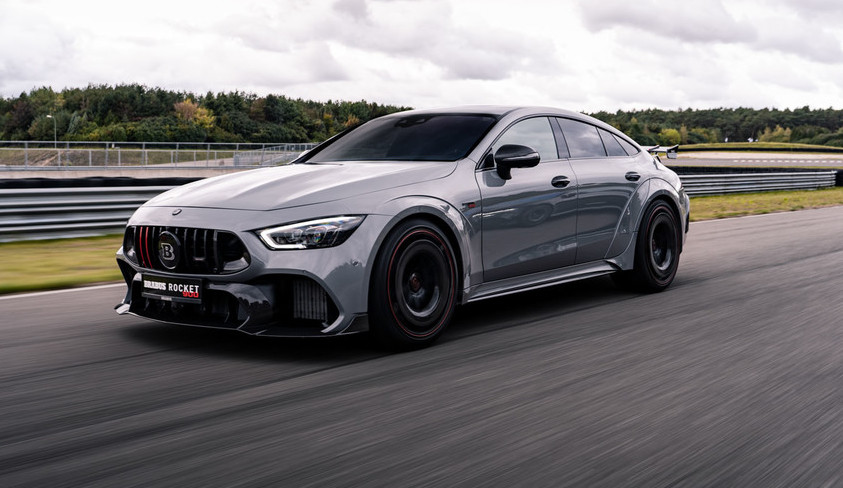 BRABUS is up to its usual tricks, this time taking the latest Mercedes-AMG GT 63 S 4-door and injecting it with huge power, aero, and exclusive luxury. Say hello to the new BRABUS Rocket 900. 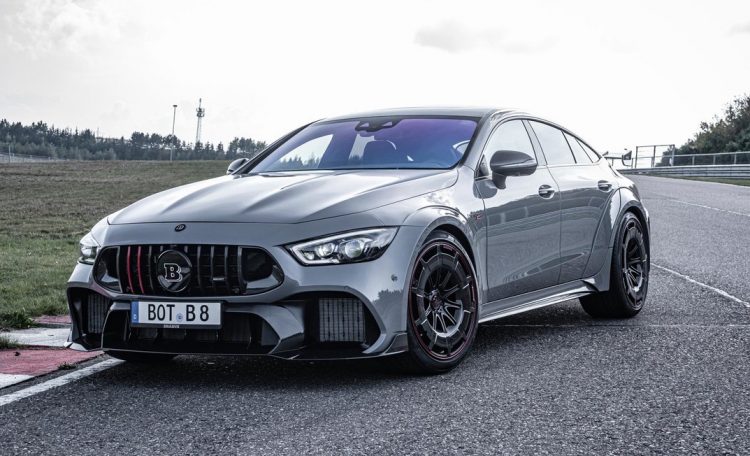 It’s not like the GT63 S needs any more power, coming standard with a 4.0-litre twin-turbo V8 that belts out 470kW and 900Nm. However, BRABUS thought that might not be enough for some owners, so it has devised a comprehensive tuning pack.

Firstly, the engine size is increased to 4.4 litres (4407cc) thanks to a custom crankshaft that offers a longer stroke than the standard item. Special milled conrods are bolted up, with forged pistons, leaving a bore and stroke size of 84mm and 100mm.

Then, larger turbochargers are administered, running a higher boost level. New mapping for the injection and ignition is also applied. The result? A whopping 662kW (900PS) of power. There’s also 1250Nm on tap, but BRABUS says this has been limited to 1050Nm. We’re assuming it’s because 1250Nm would spin the Earth out of orbit. 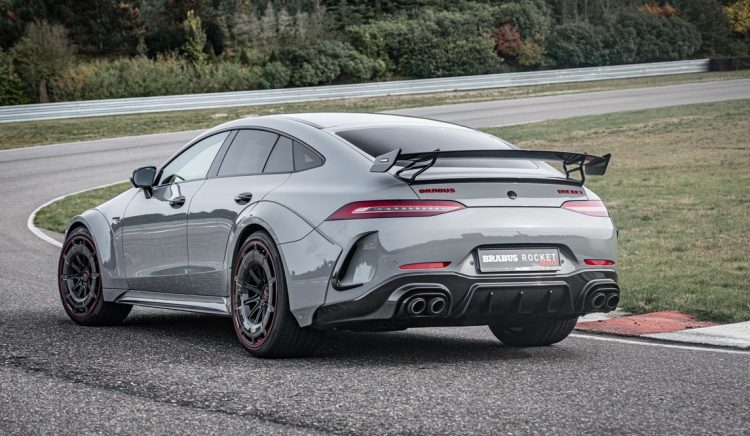 All of this is channelled through a nine-speed dual-clutch auto and 4Matic all-wheel drive system. Darting across 0-100km/h, the German firm says the clock stops in just 2.8 seconds. It also says 0-200km/h is over in 9.7 seconds, and 0-300km/h comes up in 23.9 seconds. The top speed is electronically limited to 330km/h.

To make sure the show matches the go, BRABUS fits up a set of its own 21-inch Monoblock Z wheels on the front, and 22-inch items on the back. Special carbon fibre ‘aero discs’ sit over the top. The wheels are enveloped in pumped wheel arches as part of the carbon fibre wide-body styling kit. BRABUS says the aero parts have been developed with wind tunnel testing, offering increased downforce and handling stability at high speeds.

As for the interior, the company can cater for a wide range of personalisation options to suit the customers desires. However, this show car features fine royal black leather and Alcantara with grey stitching. Stainless steel sill plates are also installed and feature the BRABUS logo,

BRABUS is planning to build 10 examples of this package, although all are set to be slightly different due to the customisation possibilities.