If the BMW M235i is not enough for you and the M4 is a bit of a stretch, don’t fret, BMW is set to unveil the all-new BMW M2 sports coupe at the Detroit auto show in a few months. 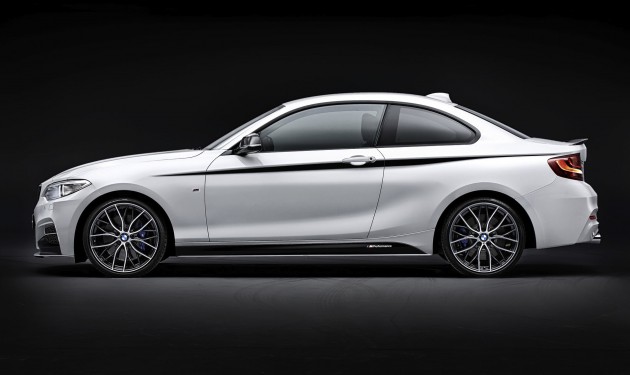 BMW has been spotted test driving various prototypes out on the streets and on the Nurburgring, so it’s no secret such a model is on the way. However, a recent Auto Expres report has revealed it is closer to showrooms than expected.

Hinting at a debut date, BMW M head of product development Carsten Priest said to Auto Express that M cars are usually a year away from the regular model. With the new 2 Series making its debut at the Detroit show in January this year, it means the M2 might be heading to Detroit next year.

As far as we know the BMW M2 will be powered by an uprated version of the M235i engine or, effectively, a detuned version of the M4 engine; both use a 3.0-litre twin-turbo inline six. In the M235i power peaks at 240kW while the M4 develops 317kW. Speculations suggest an output figure of around 280kW for the M2.

Aside from the engine, the M2 will be more of a dedicated performance car compared with the M235i, which is an M-enhanced 2 Series. Expect a much more heavy-duty driveline and six-speed manual transmission, possibly with no auto option, a locking differential, and sports suspension with body and chassis reinforcements. Priest said,

“If you look at the M3 and M4, it’s not just about putting in the biggest engine with the biggest displacement and highest horsepower. It’s about the right balance between power and weight, so you have a car that’s quick enough for acceleration, but agile enough and with an additional edge.”

Some of the M tradition is also likely to be carried through to the interior, with bespoke bucket seats, carbon fibre trimmings, and plenty of M-labelled fixtures and fittings. Like all M cars, the interior will be lavishly appointed and equipped with all mod-cons available to the 2 Series.