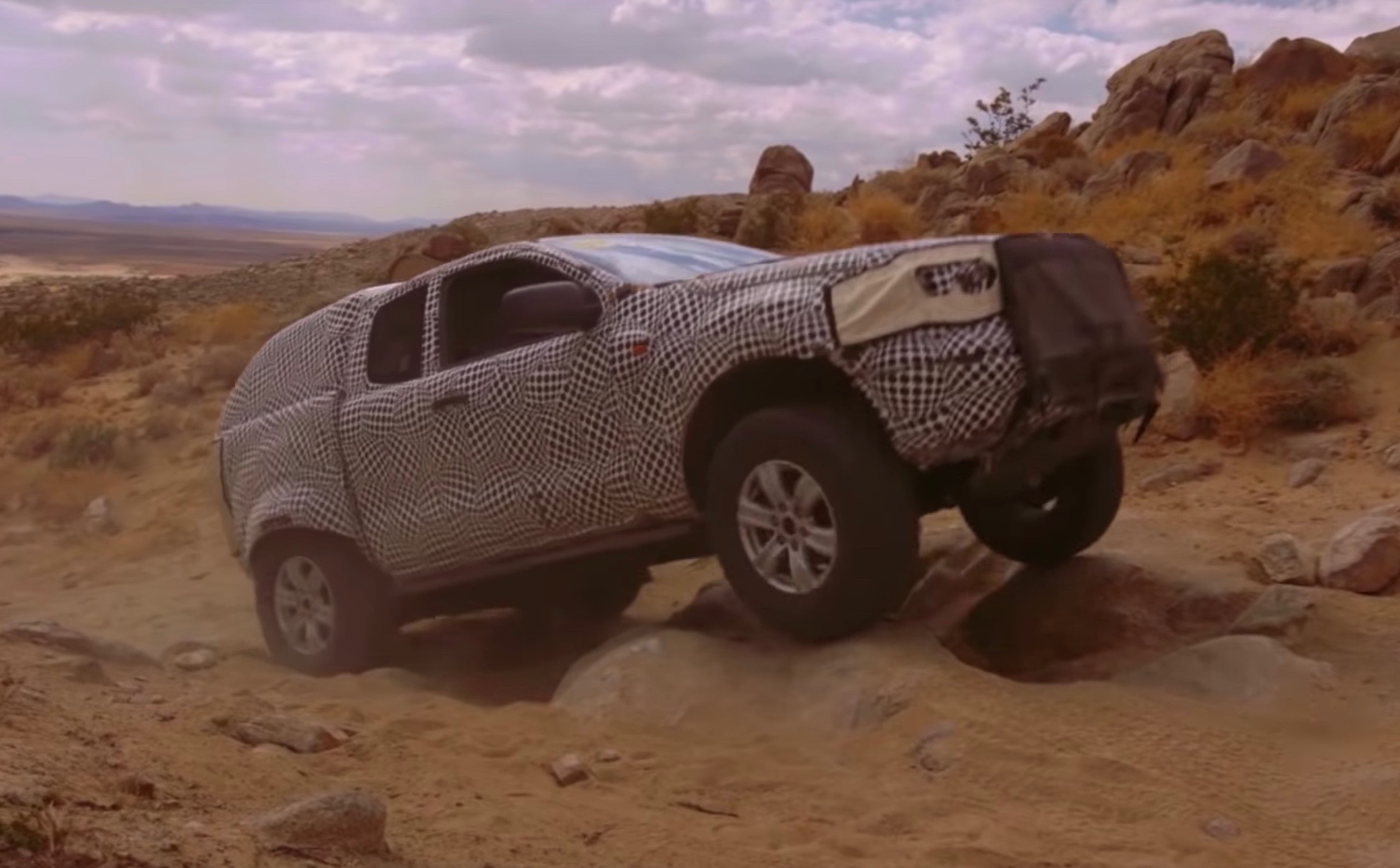 Development of the all-new, 2021 Ford Bronco continues in the USA, and to prove it, the company has just released a ‘spy’ video preview showing a prototype being put through its paces out in Johnson Valley, California. 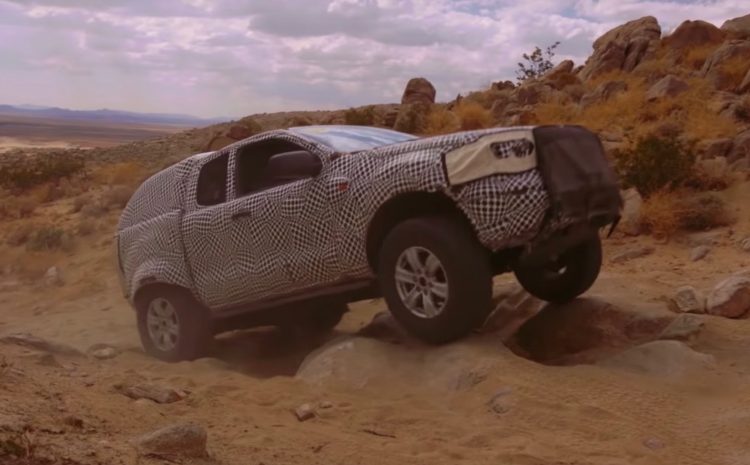 As you can see the prototype looks to be heavily based on the US-spec Ford Ranger. Different to the Aussie Ranger, the US model features a more heavy-duty chassis so it can handle a higher payload, and the wheelbase is a bit longer. However, being a prototype means the body is likely to be there purely for testing purposes and may not resemble the eventual finished product in any way.

According various teasers and leaked diagrams, the new Bronco will showcase a traditional boxy shape like the last Bronco. It’s set to carry over the two-door body style as well, and in fact even this prototype appears to feature just a single door on each side. There has been reports of removable doors and even a removable roof panel coming in, at least as an option.

It will be a fairly hardcore 4×4 in that respect, competing with only the really tough and capable SUVs, such as the Jeep Wrangler, Toyota LandCruiser, and even the Suzuki Jimny. Expect things like high- and low-range, solid axle rear suspension, locking differentials, and plenty of driver assist technologies such as multi-terrain driving modes.

Checking out the video below, the prototype appears to present an extremely short rear overhang which helps the SUV clamber down sharp declines, and the ground clearance looks especially impressive. Although the wheels aren’t likely to be the wheels for the production version, the tyres also look massive and could resemble those available on the showroom model.

As for the powertrain, this is still a bit hazy at this stage. Speculations suggest it could come with a 2.3-litre turbo-petrol four-cylinder engine developing around 200kW and 420Nm, while a hybrid might also be on the cards a bit later down the track.

Ford has previously confirmed the 2021 Ford Bronco will be unveiled during spring in the USA. That means we only have a few months to wait to see it. It’s not expected to be sold in Australia. Check out the teaser video below in the meantime.