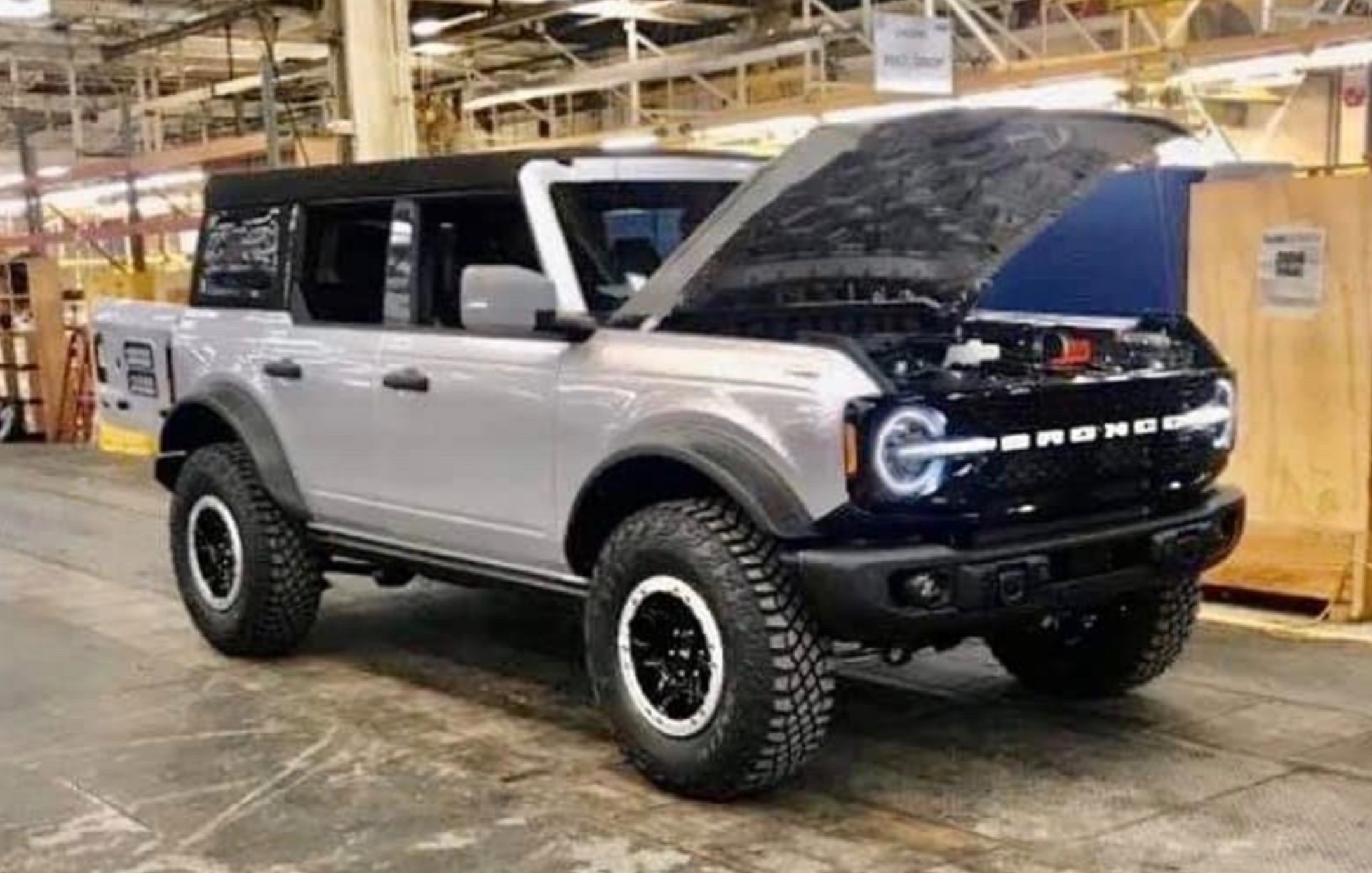 Images of what appear to be the all-new 2021 Ford Bronco and smaller Bronco Sport have leaked online, showing the rough and ready SUVs in the metal for the first time. 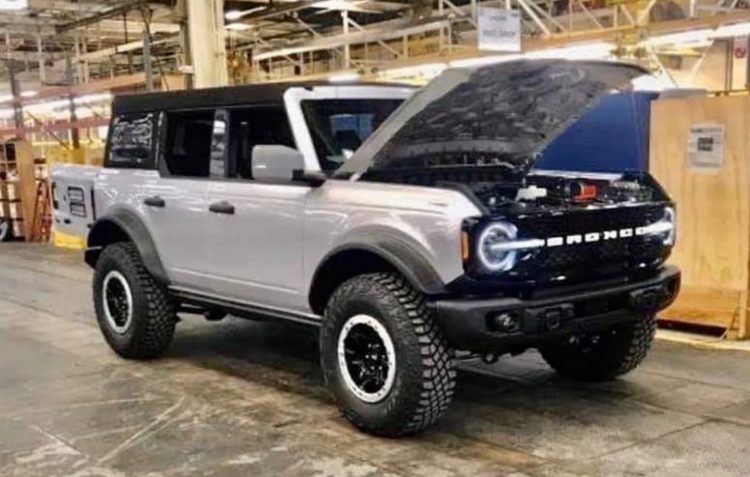 The last we heard Ford was planning to unveil the new Bronco some time in March, with a debut for the Bronco Sport apparently set for April. The timing does seem to make a certain deal of sense considering, by the looks of these images, production has commenced.

Starting with the Bronco, the image, first appearing on Full Size Bronco website, shows a complete four-door example sitting in some kind of warehouse with the bonnet up. It looks like it does feature a few options, such as a black contrast roof that can be removed, as well as a set of small alloy wheels with huge chunky tyres.

The image also reveals a side-swinging tailgate at the back, which is likely split due to the removeable roof. At the front is an all-new look for Ford, with singular headlights at each end like the classic Bronco models. This image also confirms excellent off-road credentials, such as short front and rear overhangs and loads of ground clearance. 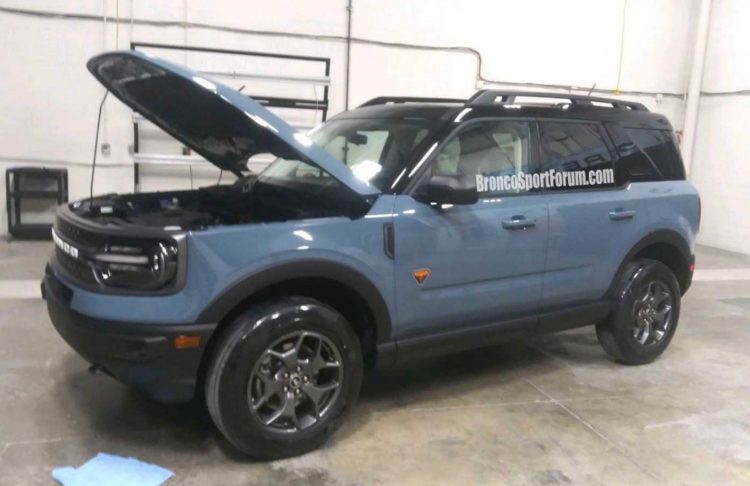 As for the Bronco Sport, this will be launched as a baby brother to the Bronco. It isn’t set to offer quite the extreme off-road performance of the big model, and you can kind of see that just by looking at this sneaky spy photo. The photo first appeared, as far as we know, on Bronco Sport forum.

It shows a soft blue example sitting in some kind of factory, again, with the bonnet up. It’s likely undergoing final preparations and cleaning and might even be destined to one of the first photo shoots. In fact, we wouldn’t be surprised if these images come from a side division or contracting company of Ford whose job is to make final detailing before a big debut.

The Bronco Sport is set to be pitched against vehicles such as the Jeep Cherokee, offering decent off-road capability. At the front it does share some design traits with the big Bronco, with singular headlights right at the edges and a single-tier grille in the middle in black.

This example seems to be more of an on-road variant, featuring road-oriented tyres. However, like with the Bronco, Ford is set to offer a wide range of customisation accessories so buyers can spruce up their order to suit their needs. Although it doesn’t provide the ground clearance of the Bronco, the Sport looks pretty rugged.

Black plastic moulds around the wheel arches and for the lower bumper bars and side sills will help resist minor scraps and scratches, while the front and particularly the rear overhang are quite short. This example also shows off a trendy contrast black roof.

We suspect Ford will be unveiling these two SUVs very soon, especially as the cat is now out of the bag. Stay tuned for more.