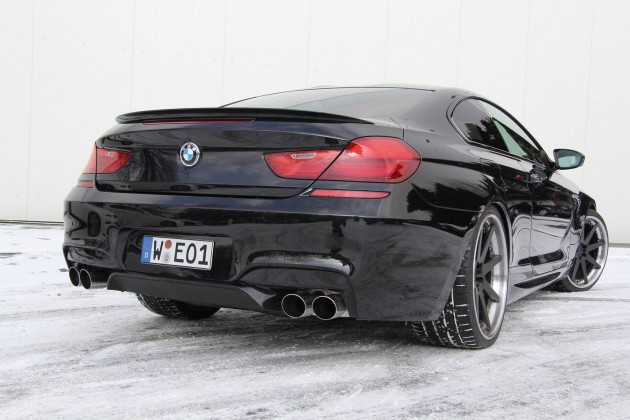 In its standard form the M6 comes with a 4.4-litre twin-turbo V8 producing 412kW of power and 680Nm of torque. Manhart Racing is offering a Stage 1 tune, with ECU upgrades, which takes power up to 456kW and 720Nm.

For those who want a bit more, Manhart offers the Stage 2 by adding downpipes for the turbocharges which take output levels to 471kW and 760Nm. With these relatively light modifications alone, the M6 would be an absolute cracker of a drive. 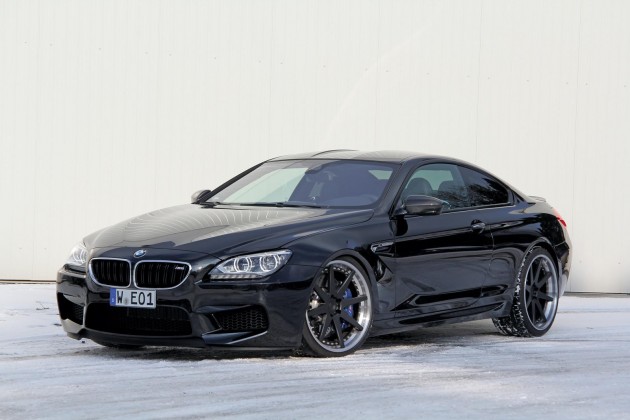 Stepping up into the very serious end of tuning, the Stage 3 kit adds a full custom Manhart Racing rear axle, while the exhaust is upgraded with a sports muffler. Under the bonnet, a carbon fibre cold-air intake box is fitted. Overall, power is boosted to 493kW and torque is cranked up to 790Nm.

Lastly, for the true speed freak, Manhart offers the Stage 4 tune. This comes with a special ‘performance box’ which takes output levels to a mind-blowing 515kW and 860Nm. Acceleration times for 0-100km/h haven’t been mentioned, although, with this much power traction is probably more of an issue than ever before.

Each of the tunes can be applied to all variants of the new BMW M6. The tuning firm also offers and range of styling upgrades, such as larger alloy wheels, spoiler kits, and carbon fibre trimmings.