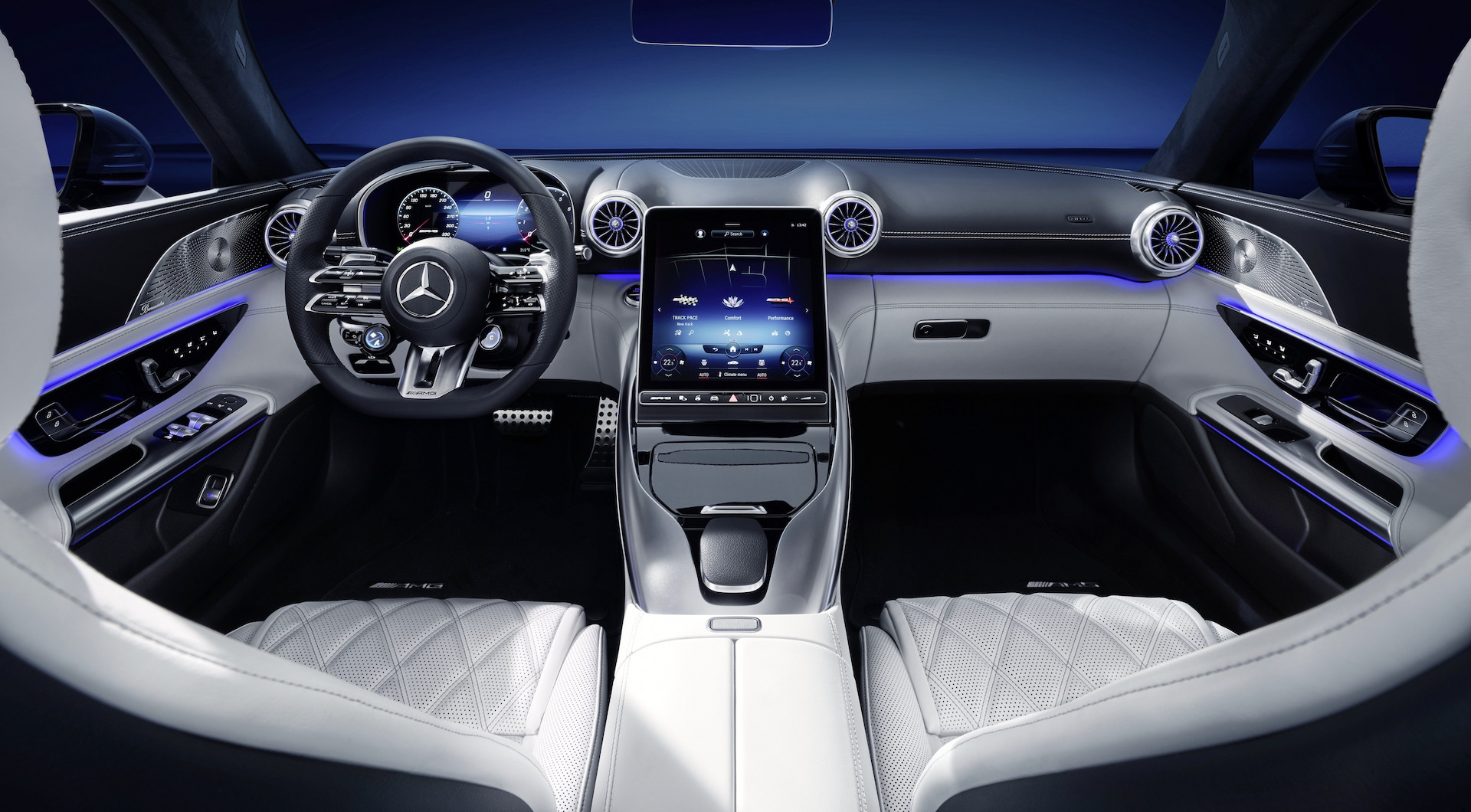 Mercedes-Benz has given us a taste of its upcoming 2022 AMG SL, revealing the interior which is billed as a ‘hyper-analogue’ cockpit that returns to a luxurious 2+2 configuration for the first time in decades. 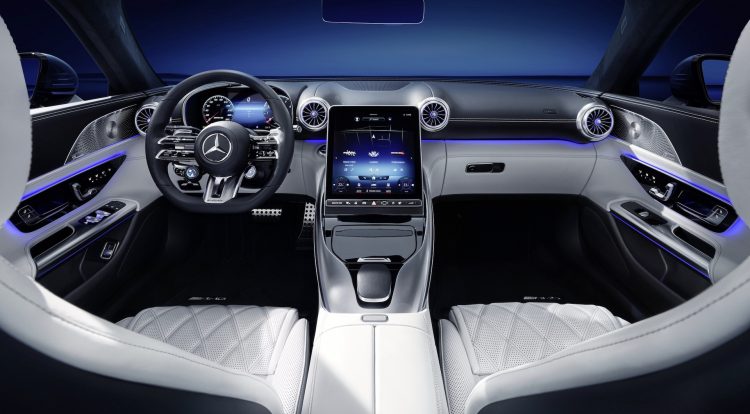 Judging by the photos that Mercedes has supplied, worldwide shortages hitting factories around the globe have not extended to their textiles department, with huge waves of white Nappa leather making their way around the futuristic cockpit design. Buyers will be able to opt for a choice of single or two-tone leather finishes featuring diamond stitching, or a sporty microfibre trim with yellow or red stitching.

More importantly, the photos show that Mercedes-Benz is intent on creating the next generation SL roadster in a 2+2 configuration, which would be the first time Mercedes has launched a 2+2 SL since the R129 generation back in 1989. 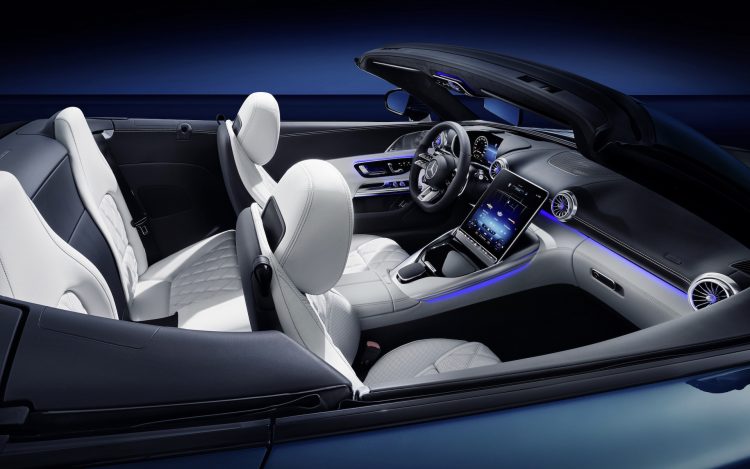 Just how useable these rear seats will be remains a topic of contention, but we can’t help but admire Mercedes’s attempt of making an unapologetically impractical roadster a little bit more practical and accommodating. Mercedes says that anyone under 150cm can call the rear seats home, but if you’re taller than a primary school kid, unfortunately, you’re out of luck.

Headlining the interior features is the latest generation MBUX infotainment system, with a 12.3-inch LCD display for the driver and a folding 11.9-inch infotainment screen that helps to prevent glare and reflections from harsh sunlight, as well as aviation-inspired climate vents on the dash.

As previously confirmed, the next-gen SL will be an AMG-only model, equipped with variable 4Matic all-wheel drive as standard. Engine specs are yet to be confirmed but we’d envision a 3.0-litre turbo six and twin-turbo V8. Mercedes-AMG is also known to be working on a 2.0-litre turbo hybrid for the next-gen C 63 AMG, but our guess is the SL is too grand and prominent for that setup. 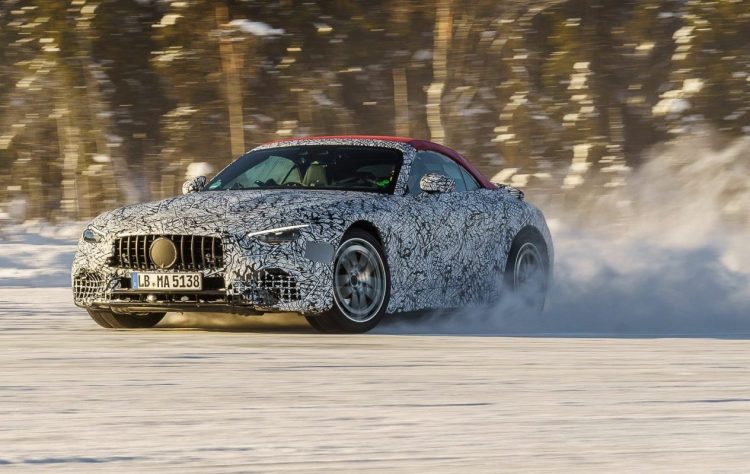