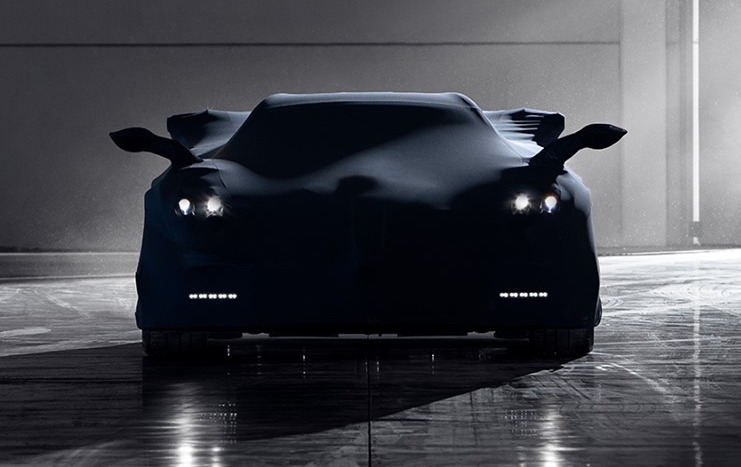 Pagani is planning to unveil a new Huayra BC Roadster in the very near future, handing out this teaser image a few days ago to build anticipation.

The Italian carmaker used Facebook to send out a message regarding the new model, and accompanying the message is a photo showing a Huayra with a black car cover over it. The message simply says: “A tremendous science and design challenge.”

How do we known it’s a Huayra BC Roadster? Well, there’s a hashtag in the post that says ‘roadsterbc’ and another one that says ‘huayra’. It doesn’t take a genius to put the two together. It’s expected to borrow some of the hardcore performance features from the Huayra BC coupe.

To refresh your memory, the regular Huayra BC coupe is a more hardcore version of the Huayra. The name is derived from the initials of Benny Caiola. Caiola was known for having one of the largest Ferrari collections in the world, and was also the first client of Pagani, ordering the first Pagani production car.

In the engine compartment, the 6.0-litre twin-turbo V12 is tuned to produce 555kW and 1100Nm, which is up 18kW and 100Nm from the standard car. The body also received a makeover, with more prominent aero features, more carbon fibre, and reduced overall weight. In fact, the BC is 132kg lighter than the regular coupe.

We’d expect a similar treatment for the roadster version, including the tuned engine and crazier body. The Xtrac seven-speed single-clutch auto that debuted with the BC will probably carry across as well.

Like the Huayra BC coupe, the new roadster is likely to be produced in very low numbers. For example, just 20 examples of the coupe were made. All are expected to sell very quickly. Stay tuned for the reveal for more.