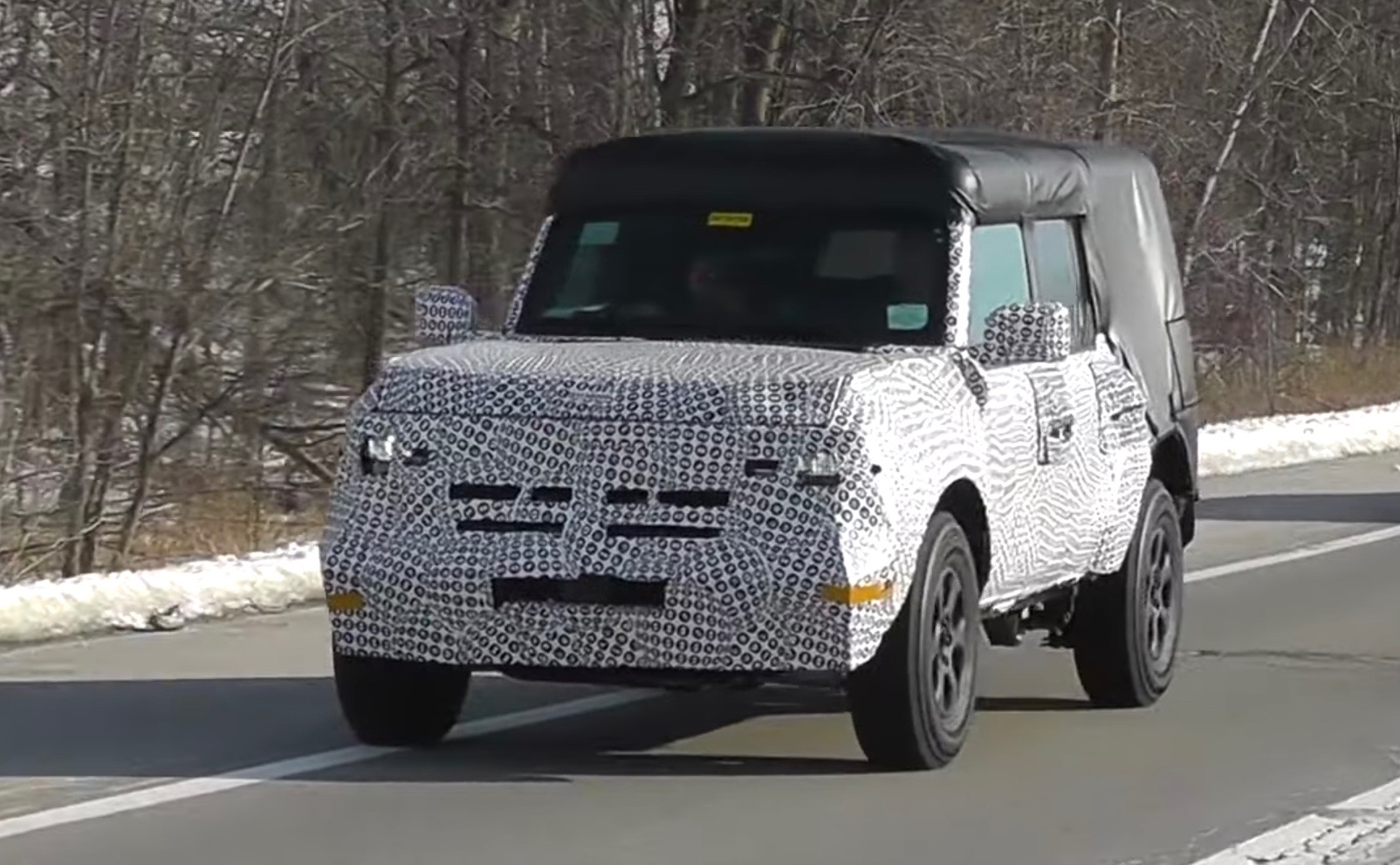 Ford has been spotted test driving what is believed to be a prototype version of the all-new, 2021 Bronco. And it wears what is also believed to be the production design body. 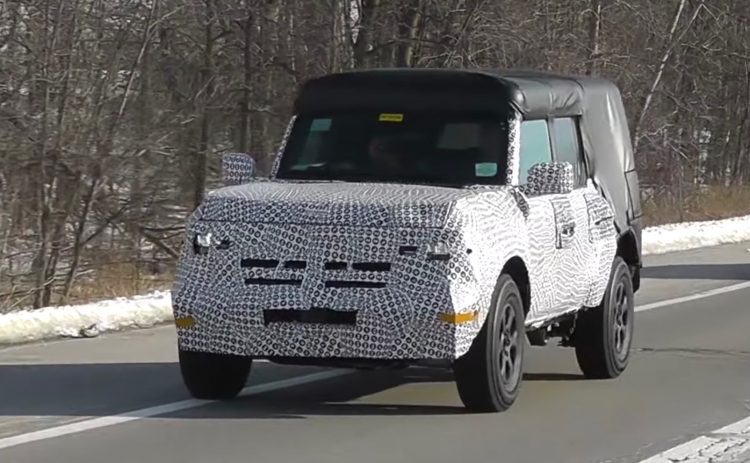 We’ve seen prototypes before, however, these were clearly based on the Ford Ranger pickup from the US. This prototype takes on a much boxier shape that we haven’t seen before. The new model is expected to be a properly heavy-duty off-road vehicle, with a design inspired by the iconic older models.

Being a prototype means there are likely to be plenty of makeshift panels and faux fixtures. The roof, for example, is completely covered up with a black sheet and might not sit that high. Around at the the front the grilles and headlights are wrapped in camouflage and sheeting, concealing their design. 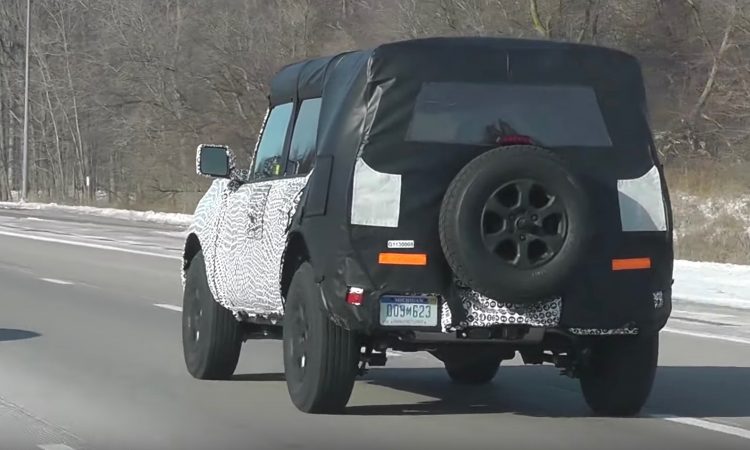 Ford released a preview video last week showing a Ranger-based prototype tackling tough off-road conditions. On that, it was clear to see the mule featured live axle suspension at the rear and an independent front end. This spotted prototype also seems to use a live axle rear end. Ford’s official video also confirmed a debut for the second quarter of this year.

As for the power source, speculations suggest it will be offered with a 2.3-litre turbo-petrol four-cylinder producing around 200kW, while a 2.7-litre EcoBoost turbo-petrol V6 developing around 240kW is also expected. We’ll have to wait and see to know for sure. Check out the spy video, by Motor1, below for a sneak peek.