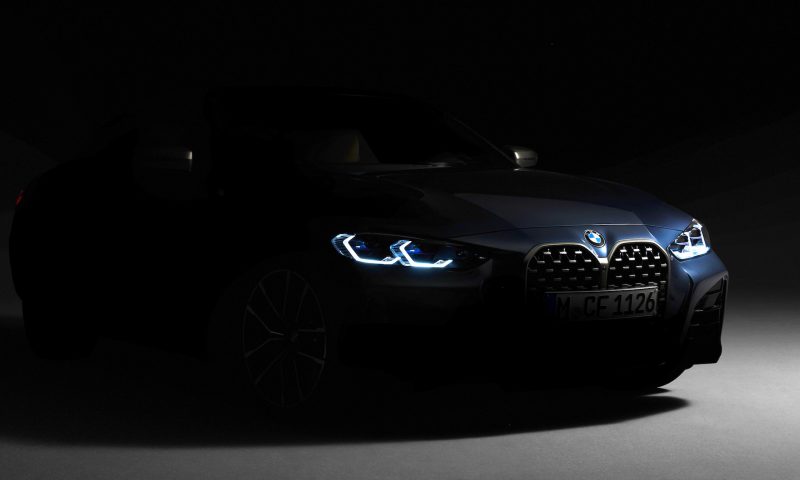 BMW has confirmed it will be unveiling its all-new, second-generation G22 2021 4 Series next month, and has sent out a preview image to stir anticipation. 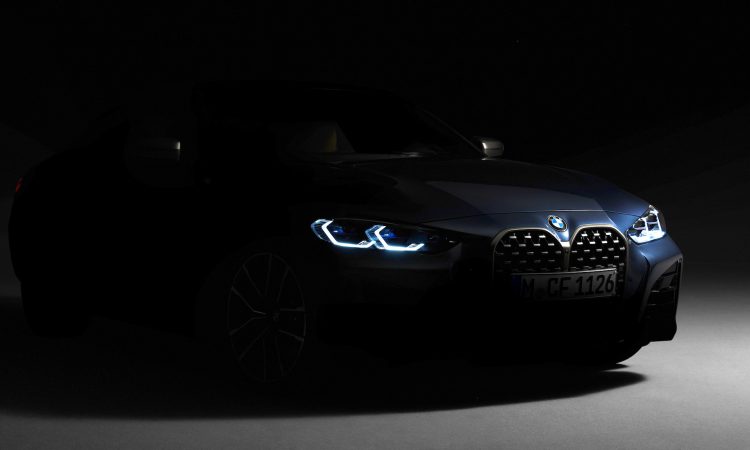 The new model is set to showcase a controversial design, especially at the front. The teaser previews full-length grilles, which will no doubt be inspired by those on the 4 Series concept shown last year. There’s also some new headlights that incorporate BMW’s latest L-shaped LED daytime running lights.

Aside from the fresh design the 2021 model will also finally switch to BMW’s CLAR platform. The 4 Series is one of the last model lines to do so, following the 7 Series, 5 Series, and 3 Series, and pretty much all SUVs except for the junior X1 and X2.

With the new chassis we can expect some improvements in rigidity, cabin space efficiency, technology, and weight optimisation. Handling and performance are also set to improve. We’ve already seen an example of the benefits with the latest G20 3 Series as it switched to the CLAR layout compared with the old F30 model.

BMW has also confirmed a drag coefficient of just 0.015, down from 0.23,  while the height of the G22 is 57mm for a sleeker profile. Along with this, the centre of gravity is lowered by 21mm to aid handling and agility. Some extra negative camber has been dialled into the front wheels, and the rear track is 23mm wider.

At the top of the range will be a new M440i, as previewed in April. Like the M340i, power will come from the latest 3.0-litre turbo inline-six, called the B58, which produces 285kW and 500Nm. However, the M440i is set to debut 48V mild hybrid technology which could see a slight increase in power. The engine is connected up to an eight-speed auto and xDrive all-wheel drive system in the 3 Series version.

A range of turbo four-cylinder engines will no doubt make up the rest of the range, with badges like 420d, 420i, and 430i set to continue. BMW might introduce a ‘430e’ hybrid as well, while the Gran Coupe body style is set to carry over. Of course, there will be a new M4 as well.

All will be revealed on June 2 as part of an online-only event. Market entry is expected by the end of the year.