A Ferrari California turbo prototype has been spotted on Ferrari’s Fiorano home test track. It’s unclear if the powertrain will be used for an upcoming production model. 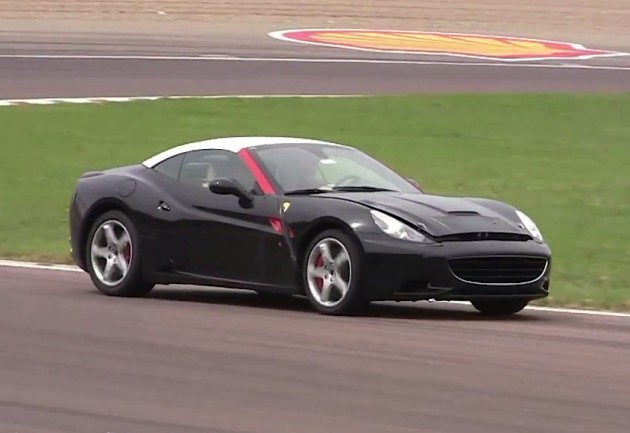 Ferrari hasn’t used turbocharging on one of its production engines since the epic Ferrari F40 of the late 1980s/early 1990s. This prototype certainly provides some evidence that the Italian maker is considering returning down that track.

You can hear a distinct turbo whistle in the video, while the exhaust gives off a muffled, bass sound typical of a turbocharged engine.

It’s unknown if the engine is a V8 or a V6, but it could potentially be development of the new engine family reportedly in the making for Maserati.

Click play on the video below (courtesy of Marchettino) for a bit of a preview.