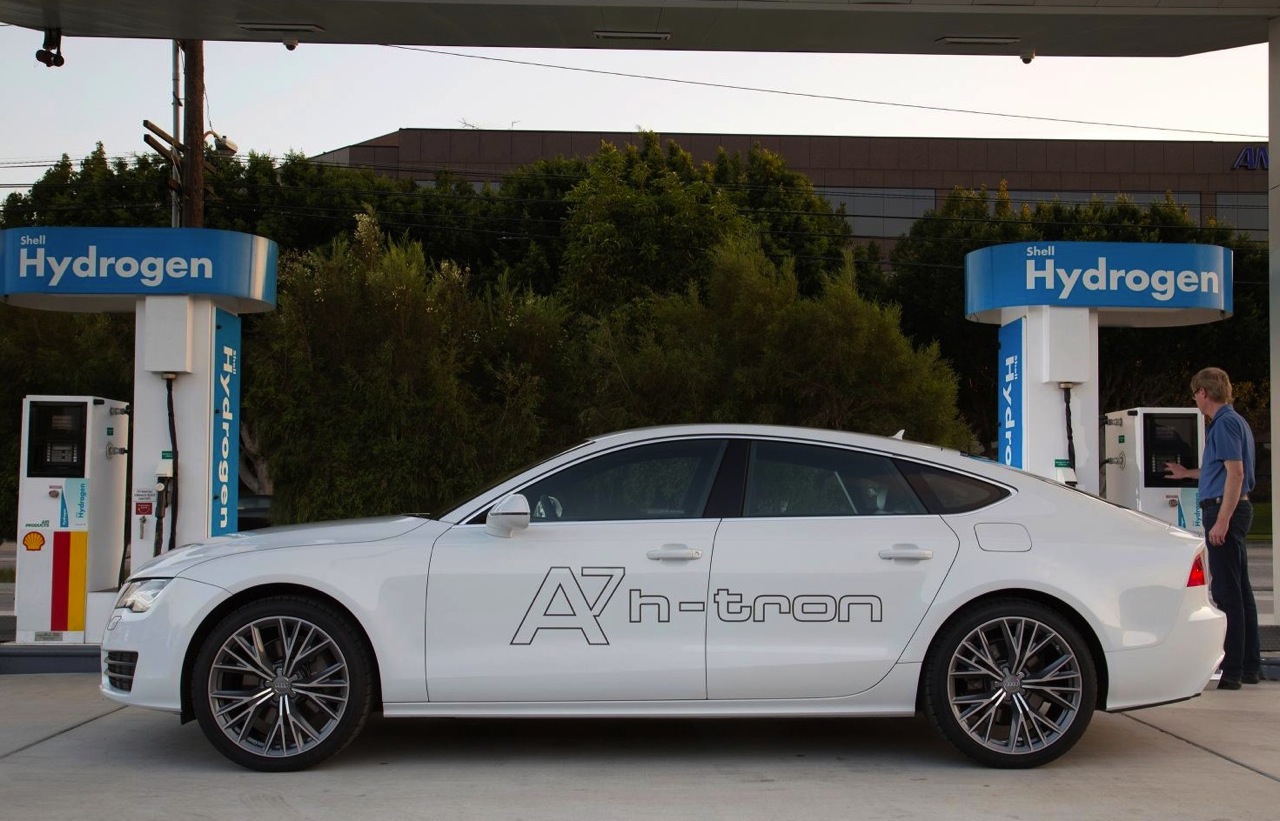 Audi has revealed an interesting plug-in hybrid hydrogen concept vehicle at the 2014 Los Angeles Auto Show, called the A7 Sportback h-tron, providing some insight into a possible future powertrain direction. 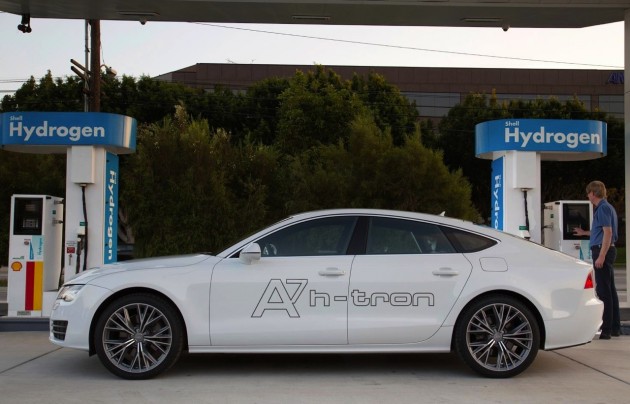 Based on the regular A7 Sportback, the h-tron is powered by an advanced hybrid motor system consisting of an 8.8kWh lithium-ion battery and a hydrogen fuel cell. There are two electric motors – front and rear – providing power for both axles, independently.

Under full acceleration the motors produce 170kW and 540Nm, enabling a 0-100km/h sprint in a respectable 7.9 seconds, with a top speed of 180km/h. This level of performance sounds pretty good, however, thanks to four hydrogen tanks and the electric system adding 50km it also offers an emission-free range of 500km.

The electric system can be recharged via a power socket in about two hours at 360 volts, or four hours at 230 volts. Meanwhile, the hydrogen tanks can be filled in around three minutes. Audi engineers have also incorporated an energy recovery system that captures energy under deceleration for the electric element of the package.

Audi says the concept is ready for ‘real-life’ traffic conditions and produces only a few drops of water from the exhaust pipe. Prof. Dr. Ulrich Hackenberg, member of the board of management at Audi, said,

“The A7 Sportback h-tron quattro is a genuine Audi – at once sporty and efficient. Conceived as an e-quattro, its two electric motors drive all four wheels. The h-tron concept car shows that we have also mastered fuel cell technology. We are in a position to launch the production process as soon as the market and infrastructure are ready.”

While there is no definite date to put this machine into production, various aspects are expected to hit the showroom in certain models in the near future. Audi has previously confirmed that it is planning to introduce a lot more hybrids in the future as well, further highlighting the opportunity for this setup to hit production.