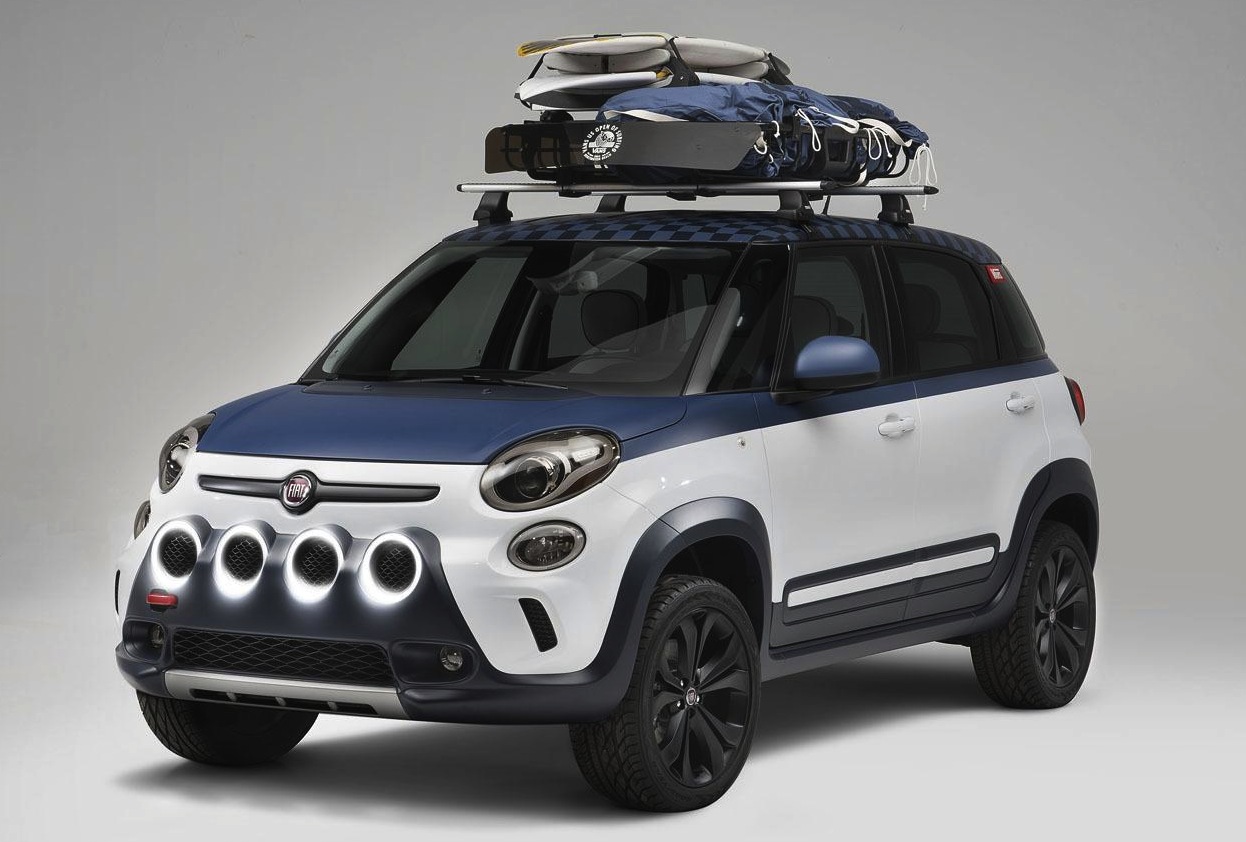 A funky Fiat 500L Vans concept car is on display at the 2014 Vans US Open of Surfing, which kicked off a couple of days ago. The concept features various surf-inspired details. 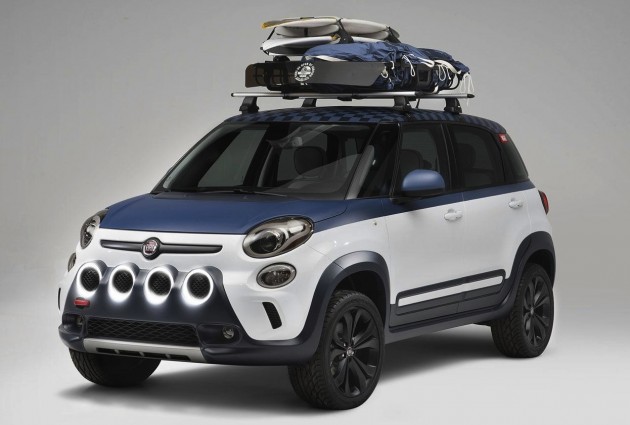 Based on the Fiat 500L, which is an MPV/SUV-style version of the cute little 500, the concept features a cool three-tone paint job with dark grey highlighting the rugged lower sections and wheel arches, finished off with a dark sky blue on top with a Vans chequered roof.

Inside, the theme is taken even further. There’s a Vans dashboard with a whole heap of Vans-style stickers and patterns all over it, unique canvas seats with palm tree printing, while the pedals and storage boxes are covered in a waffle sole tread pattern. 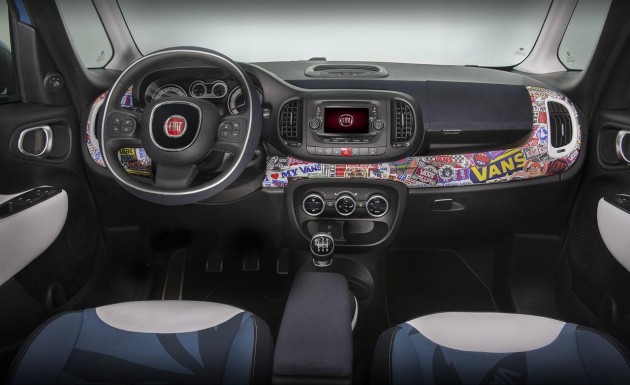 Under the bonnet the engine remains untouched. There sits a 1.4-litre turbo MultiAir four-cylinder producing 119kW of power. This is sent through a six-speed manual transmission with front-wheel drive.

The concept car will remain a one-off project. If you’re in the area you can see it in the flesh at the 2014 Vans US Open of Surfing at Huntington Beach, California, which runs until August 3.