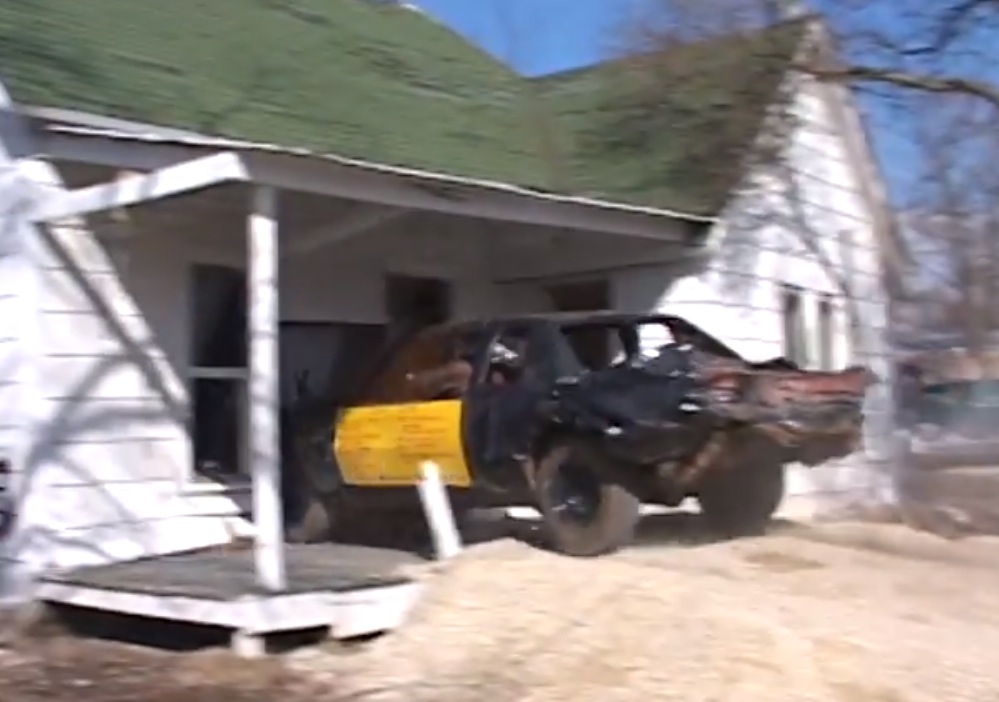 A derby driver in Missouri, USA, raised money by driving his crash derby car through a seized house which was used as a meth lab. Police gave the man approval to undertake the stunt, while money was raised for a local charity. A video of the stunt is trending on YouTube at the moment. You can see it below. Good on him, we say.