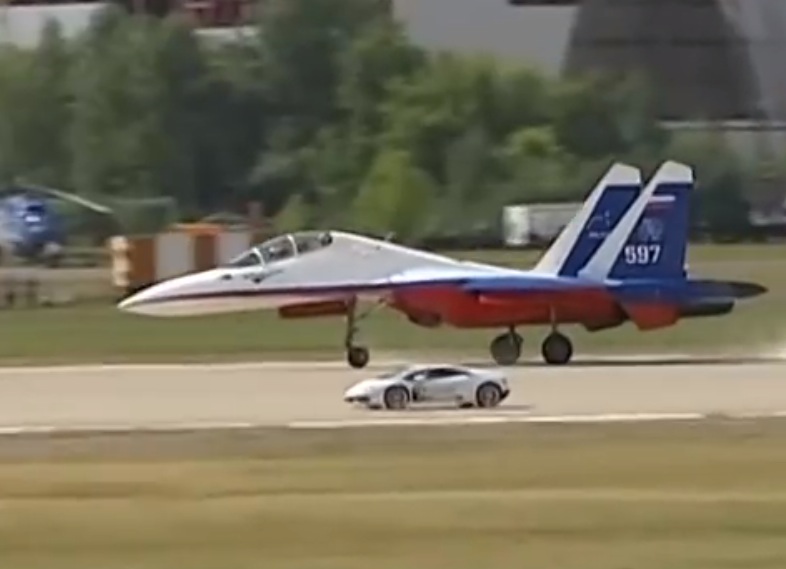 The age-old question; what’s quicker, a Lamborghini Huracan or a Sukhoi Su-27 Flanker jet fighter? tvZvezda YouTube channel has put together a video to finally figure out the answer. 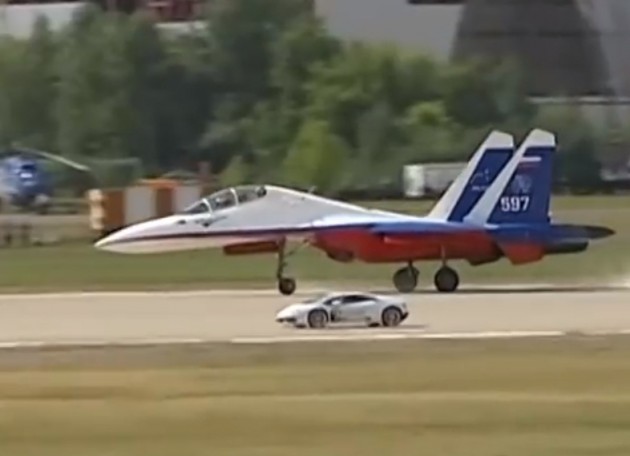 As for the Flanker jet, it produces around 12,500kgf of thrust from its twin engines, with a top speed of around 2500km/h. It can produce g-forces of up to 9 or more g, which is enough to knock most people unconscious.

So then, what do you think is quicker?