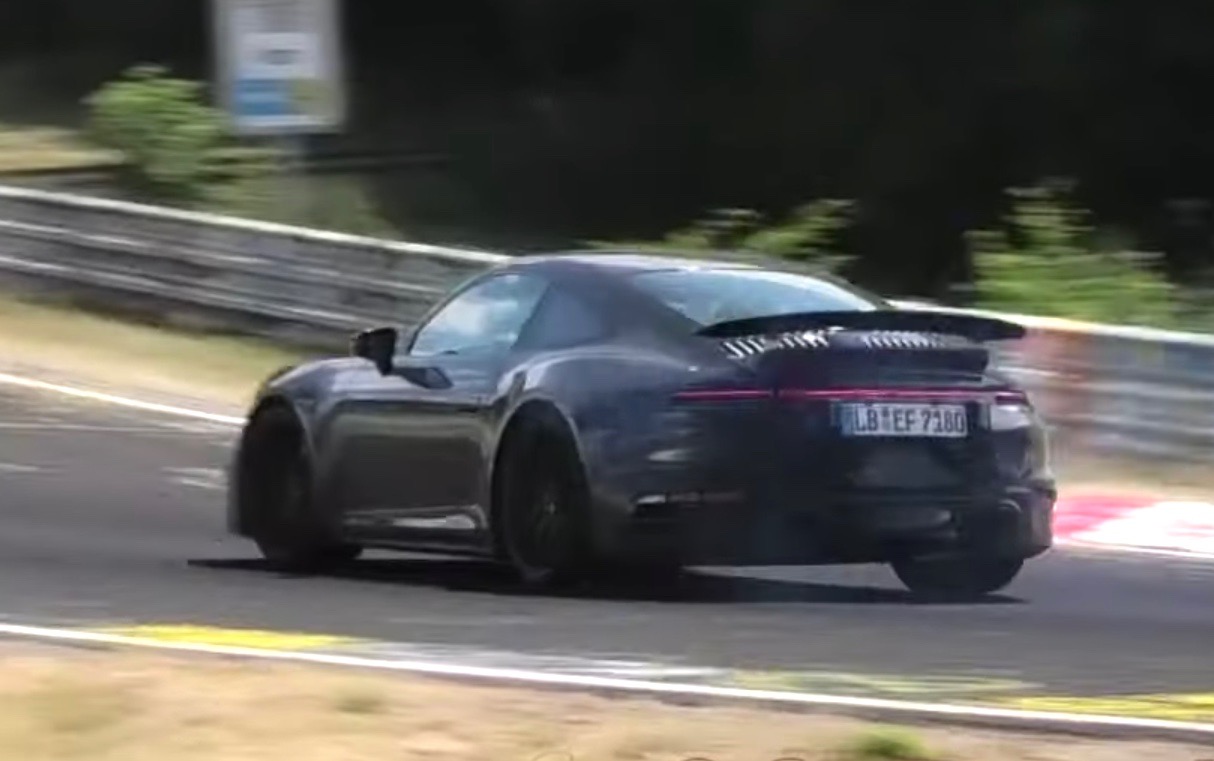 Porsche has been spotted once again testing prototype versions of the all-new 2020 Porsche 911 Turbo ‘992’ at the Nurburgring. And this time it looks like some of the camouflage and makeshift body parts have been removed. 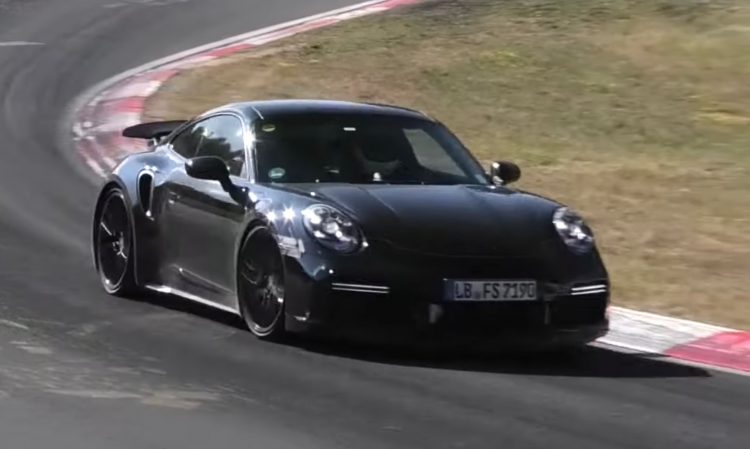 This latest prototype spotting shows test mules being pushed very hard around the Nurburgring, as engineers work towards the final stages of development for the next-gen model. And we mean pushing really hard. It looks like the driver is steering it like he or she stole it, drifting around some corners.

Like the regular 992 models, the new 911 Turbo is set to be underpinned by the updated MMB platform which is wider than before. In fact, the Turbo variant is expected to be wider again than the regular 992, following tradition. Also following tradition, we can expect big side intakes for the intercoolers, with unique exit vents behind the rear wheels. These are seen on the prototypes in the video below. 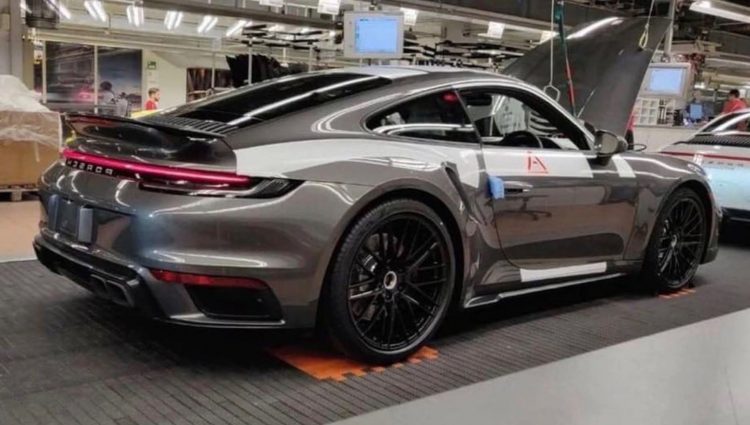 Speaking about the design, an image surfaced on social media earlier this year (above), showing a completely undisguised example rolling along the production line. It shows the new-look full-width taillights as well as a large hydraulic rear wing. The 911 Turbo doesn’t usually have a really chunky rear diffuser but judging by this sneaky photo it looks like Porsche will be applying one to the new model.

As for the power source, the specifications are yet to be uncovered. Most of the speculation suggests Porsche will continue on with a 3.8-litre twin-turbo flat-six, but with power turned up to around the 450kW mark. A Turbo S version later down the track could be pushing around 470kW.

Judging by the relative lack of body camouflage, such as around the front end, those exposed side intakes, and around the wide rear wing, we’re guessing an official reveal is just around the corner. In the meantime, check out the spy video below for a taste of what to expect.