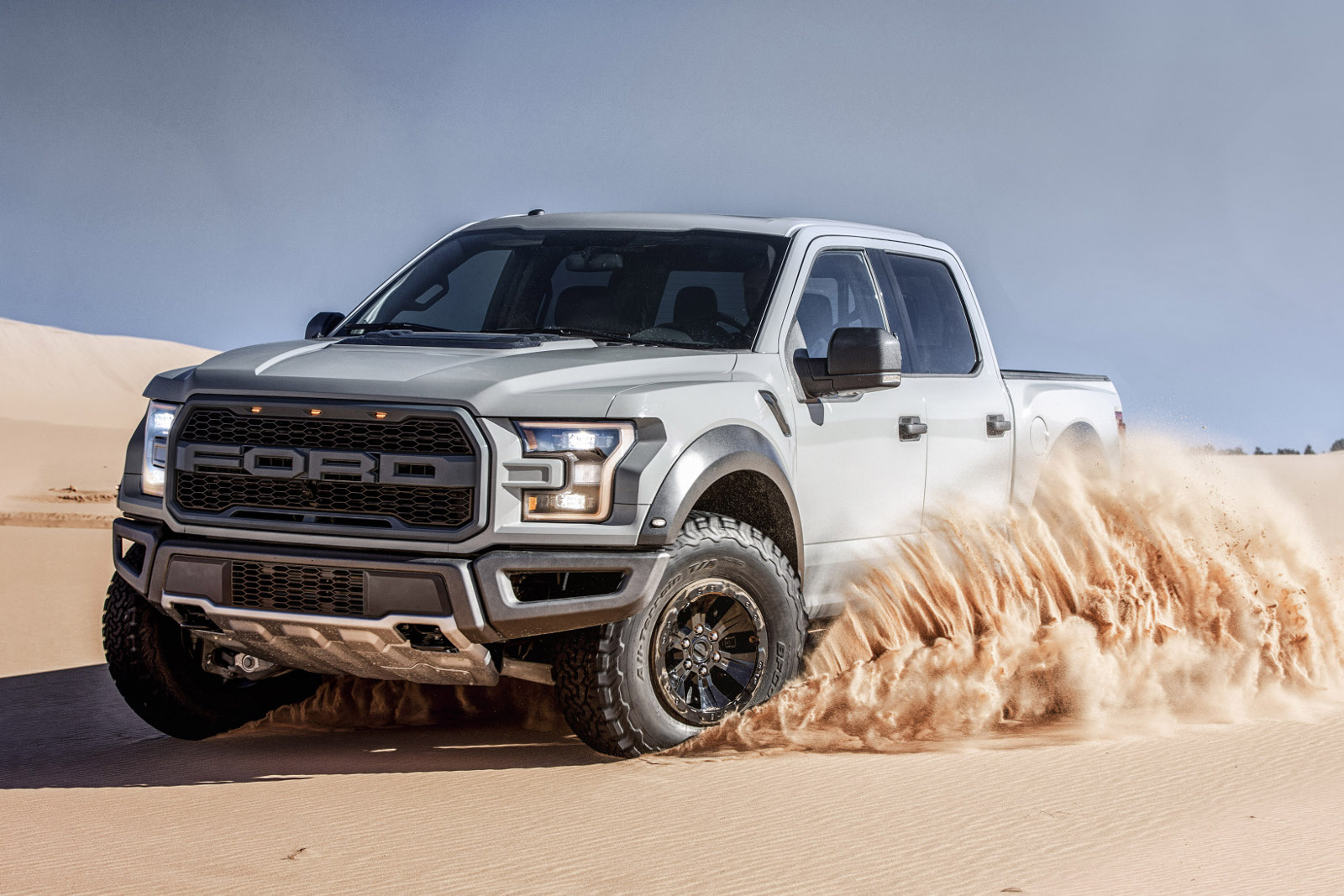 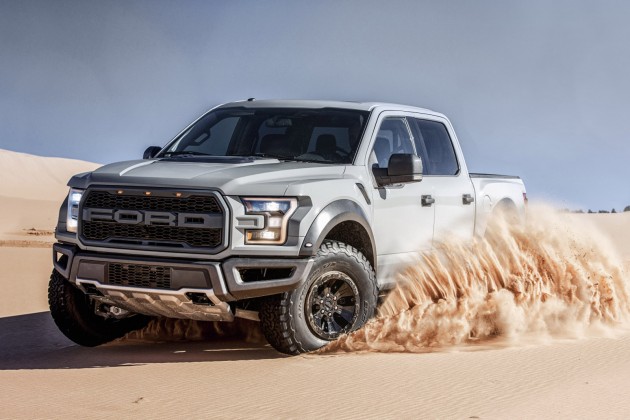 Ford unveiled the new model at the North American International Auto Show in Detroit. It wowed the crowds with its monster size, and various bits and pieces of off-road-ready equipment.

In the engine bay is not a large supercharged V8 as you might have expected. Instead, it’s keeping with the times and using a downsized unit comprising of a 3.5-litre EcoBoost V6.

It’s no slouch though. The V6 generates just over 300kW of power and 590Nm of tree-stump-ripping torque. It’s all sent through a new ten-speed automatic transmission with four-wheel drive.

Performance figures haven’t been mentioned, however, the clever 4×4 system offers the driver six different driving modes. These include Normal, Street (on-road performance), Weather for snow, Mud and sand, a Rock mode for slow crawling, and a Baja mode for high-speed desert bashing.

These modes are helped by a full Fox Racing Shox suspension system, as well as a set of 17-inch alloy wheels wrapped in BFGoodrich All-Terrain KO2 tyres. There’s also special protection plates underneath to keep everything safe.

Ford will launch the new Raptor SuperCrew in the US in the third quarter of this year. For Australian customers, we’ll have to wait for right-hand drive conversion kits to become available before we can get our hands on one.