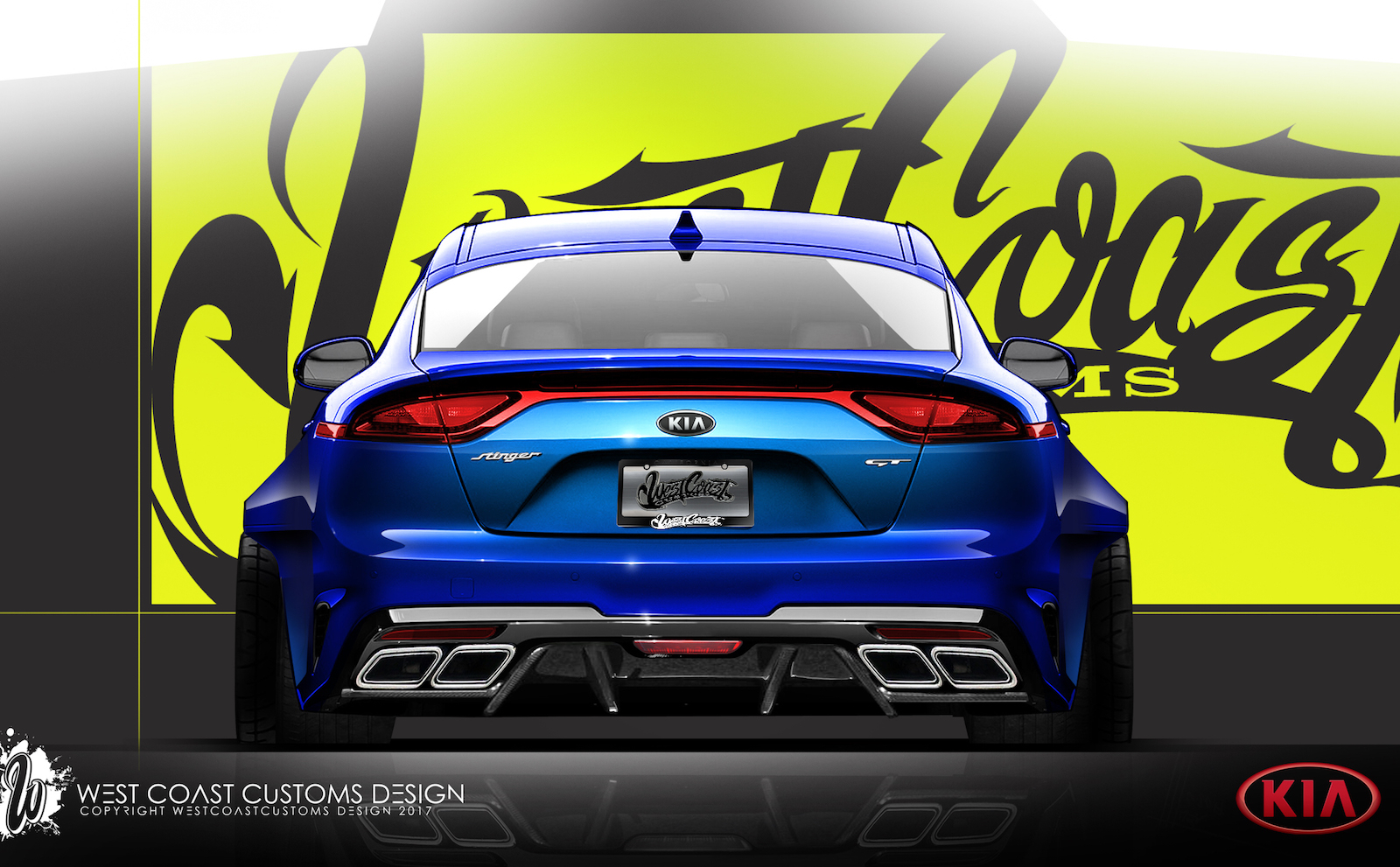 If there was ever a car that could be awarded any sort of ‘tuning potential’ award, it’d be the new Kia Stinger. And Kia is the first to jump on board, as it plans a full-fat kit for the car for SEMA to demonstrate the potential. 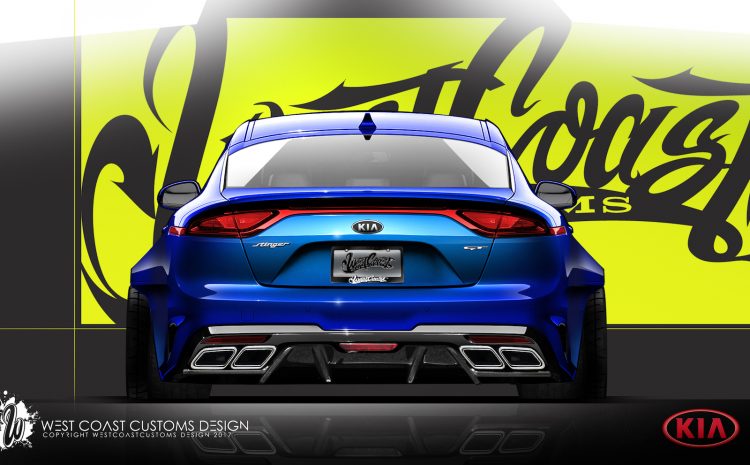 The Kia Stinger has been one of the most hotly-anticipated sports sedans of the past year or so. It can be had with a potent 3.3-litre twin-turbo V6 that produces 272kW and 510Nm. Kia claims a 0-100km/h time of just 4.8 seconds.

For the upcoming 2017 SEMA show in Las Vegas, Kia has enlisted the help of West Coast Customs to transform the Stinger, at least visually, into a road-going race car to demonstrate the car’s aftermarket enhancement potential.

So far only this teaser image has been revealed, showing a digital visualisation of how the show car will look. You can clearly see the added width thanks to pumped wheel arches, and then poking out from behind is a custom quad-outlet exhaust system integrated into a custom diffuser.

Kia confirms the package will come with a carbon fibre aero kit, 21-inch forged alloy wheels, and lowered front and rear suspension. Some enhancements are also made to the interior to match the theme.

There’s no mention of any under-bonnet performance modifications, but we think it won’t be long before tuners the world over start extracting some serious numbers from the V6. More details will be revealed at the big event, starting October 31.