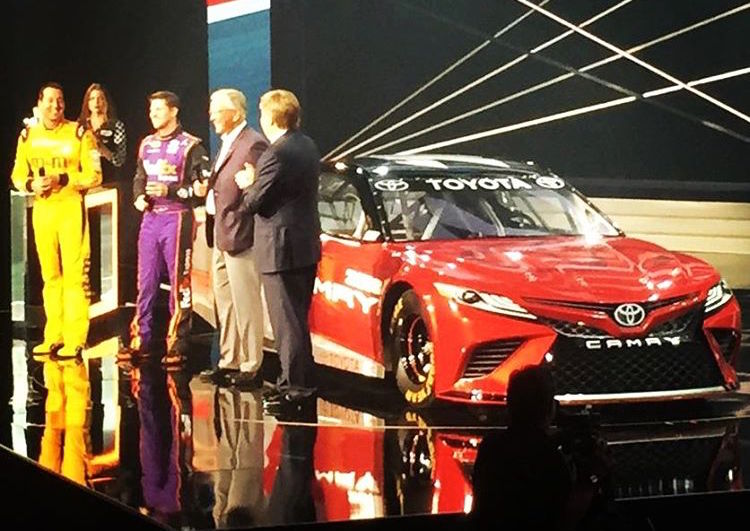 The front end design of the all-new 2018 Toyota Camry may have been revealed at some level, thanks to a leaked photo of the brand’s NASCAR entry for next year. 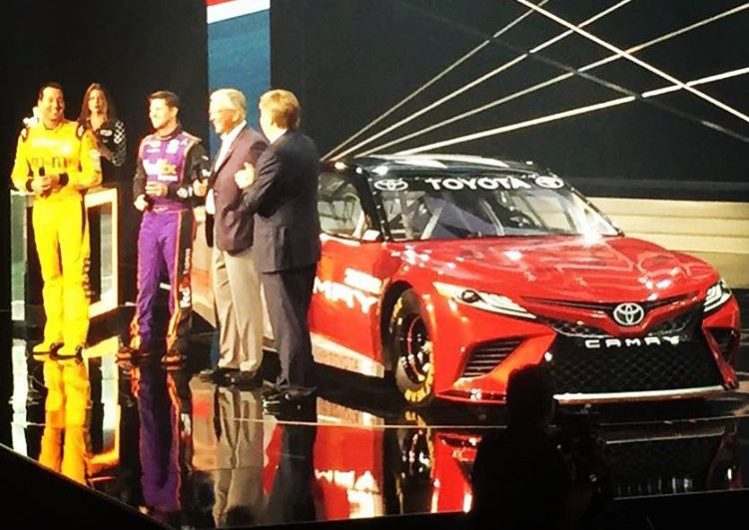 The photo popped up on Instagram, and shows a more aggressive and Lexus-esque front end with elements of the new Prius and C-HR, both of which sit on the TNGA modular architecture which the new Camry is set to benefit from.

A single-frame grille runs from the headlights to the front spoiler, with aggressive side intakes. The lights appear to be much thinner, with L-shaped LEDs. This seems to indicate the next Camry could adopt a more dynamic look.

The TNGA platform has benefited the new Prius’s handling and driving feel with increased rigidity and improved steering engagement. These changes are sure to make the next Camry a more engaging drive too, with the potential for an improved engine lineup as well. Some media outlets are suggesting the 2GR V6 engine will continue for US-spec models, while others are suggesting a turbo four could replace it, such as the 2.0-litre 8AR-FTA used by Lexus.

The hybrid is almost certain to continue and Toyota might even consider a plug-in option to fight similar offerings from Ford, Honda and Kia. All is expected to be revealed some time next year, with Australian examples potentially sourced from Thailand as the Australian assembly plant closes late next year.