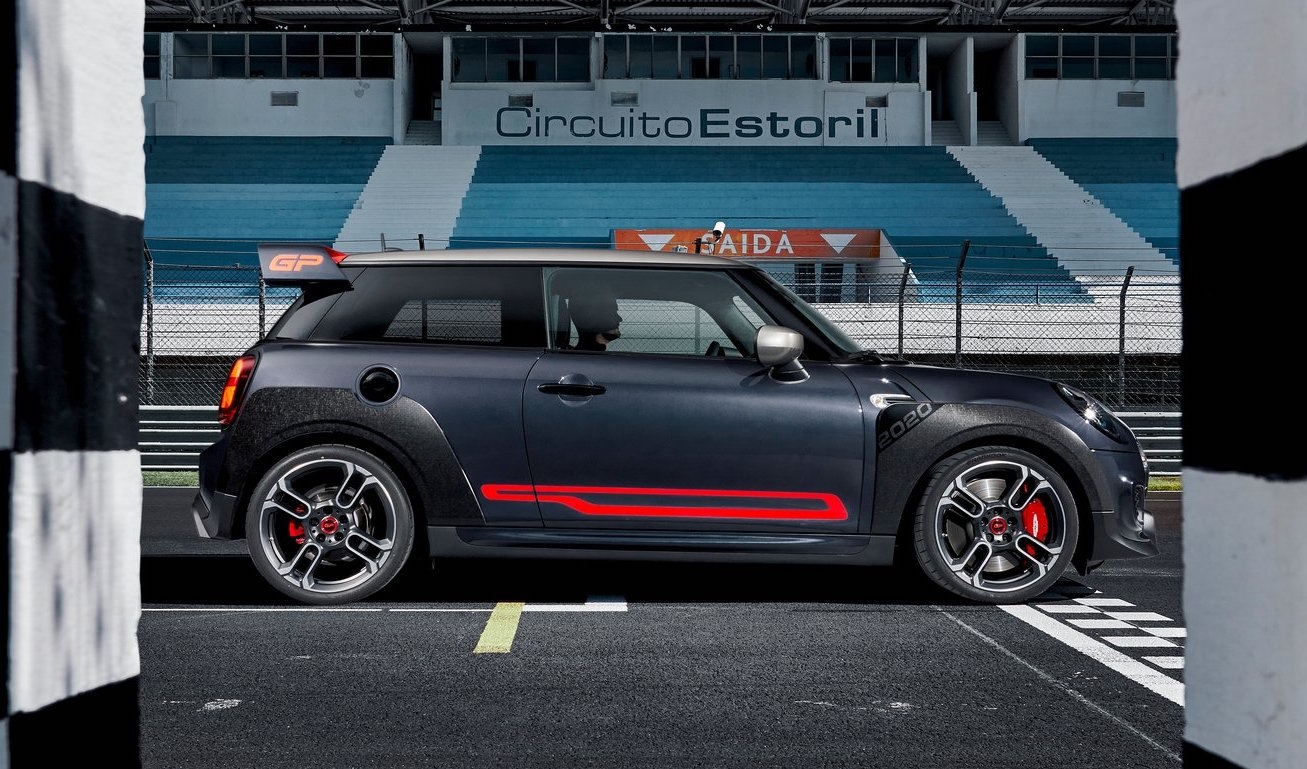 This is it. MINI’s most powerful production car it has ever made. The new, 2020 MINI John Cooper Works GP. From 3D-printed parts to a potent turbo engine, it’s packed with power, technology, and innovation. It’s also one of the quickest front-wheel drive production cars ever conceived. 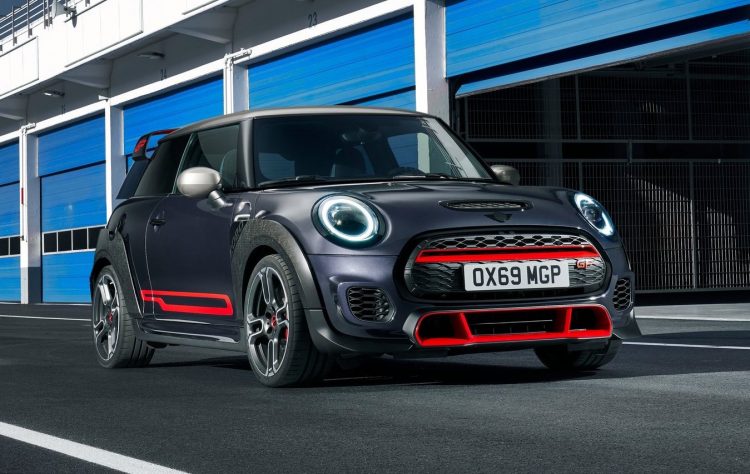 We’ve seen plenty of teasers of the new GP, and even a preview with the GP concept car in 2017. Although that concept car was very dramatic, featuring huge wheel arches and spoilers, the production version clearly takes a lot of inspiration from it. In fact, it doesn’t seem too watered down at all.

You’ve got heavily pumped wheels arches compared with the standard Cooper S, giving it a wider and more muscular stance. These are made from carbon fibre, hand-crafted from recycled carbon fleece, with visible black hexagonal stitching. Within the arches are a set of bespoke 18-inch forged alloy wheels, which are the lightest weight 18-inch wheels ever for a MINI.

At the front is a sharp and lower splitter system with big intakes in the corners and a deep intake in the centre. Red highlights add that racy look, while the grille and headlight surrounds are finished in black. You might also notice the discreet bonnet scoop to feed the engine plenty of fresh air. 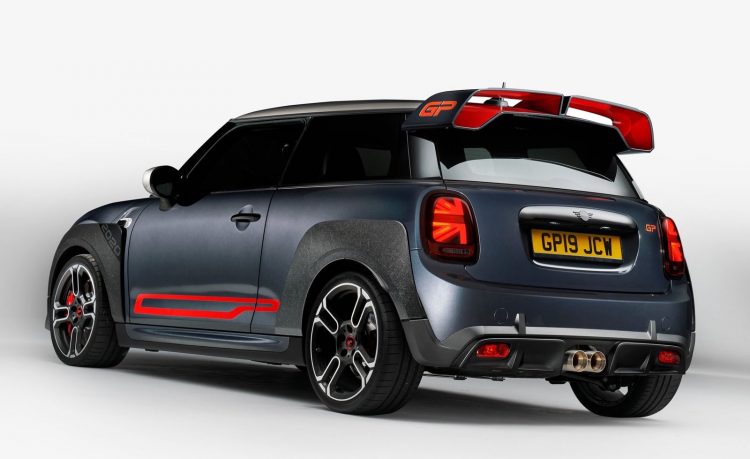 Around at the back is the best view of all, we think. From here you can see those fat wheel arches, but also the chunky diffuser, as well as the huge wrap-around wing mounted up the top. There’s also trademark central-exit exhausts poking straight out, like little rockets. These are made from stainless steel and were crafted in the largest diameter possible for the car, measuring 90mm.

Inside, you won’t find any rear seats. These have been removed for the sake of saving weight and optimising performance. Parts of the interior, such as the aluminium paddle shifters, are made using 3D printing technology. The steering wheel clasp and the trimming on the passenger side are also made with 3D printing tech. 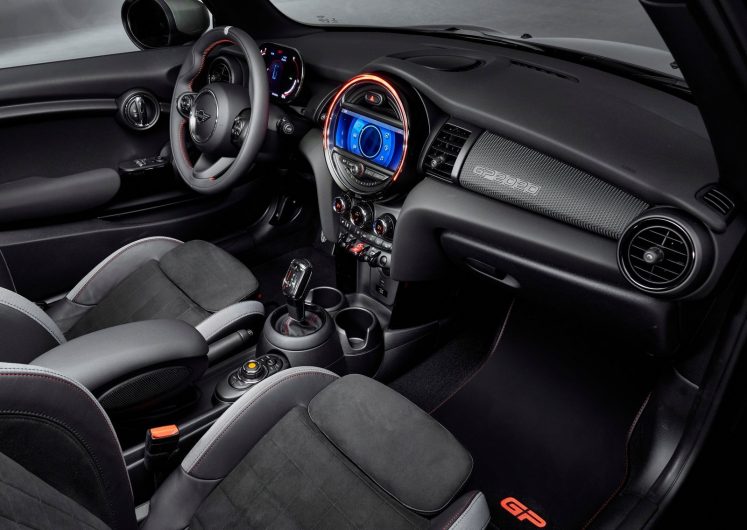 As for the engine? It’s a 2.0-litre turbo four-cylinder as previously confirmed. It develops a mighty 225kW and 450Nm, which is sent through to an eight-speed automatic transmission. The front-wheel drive system incorporates a mechanical-locking differential to help maximise traction. Across the tarmac MINI claims 0-100km/h can be done and dusted in just 5.2 seconds, making it one of the quickest FWD production cars ever.

MINI is planning to build just 3000 examples of the new GP, with worldwide deliveries set to commence in March next year. The new model will be showcased as the Los Angeles auto show in the USA for those wanting a closer look. It starts this week.

UPDATE: MINI Australia has confirmed 65 units for the local market. Prices start from $63,900 (excluding on-road costs), with local arrival penned in for mid-2020.