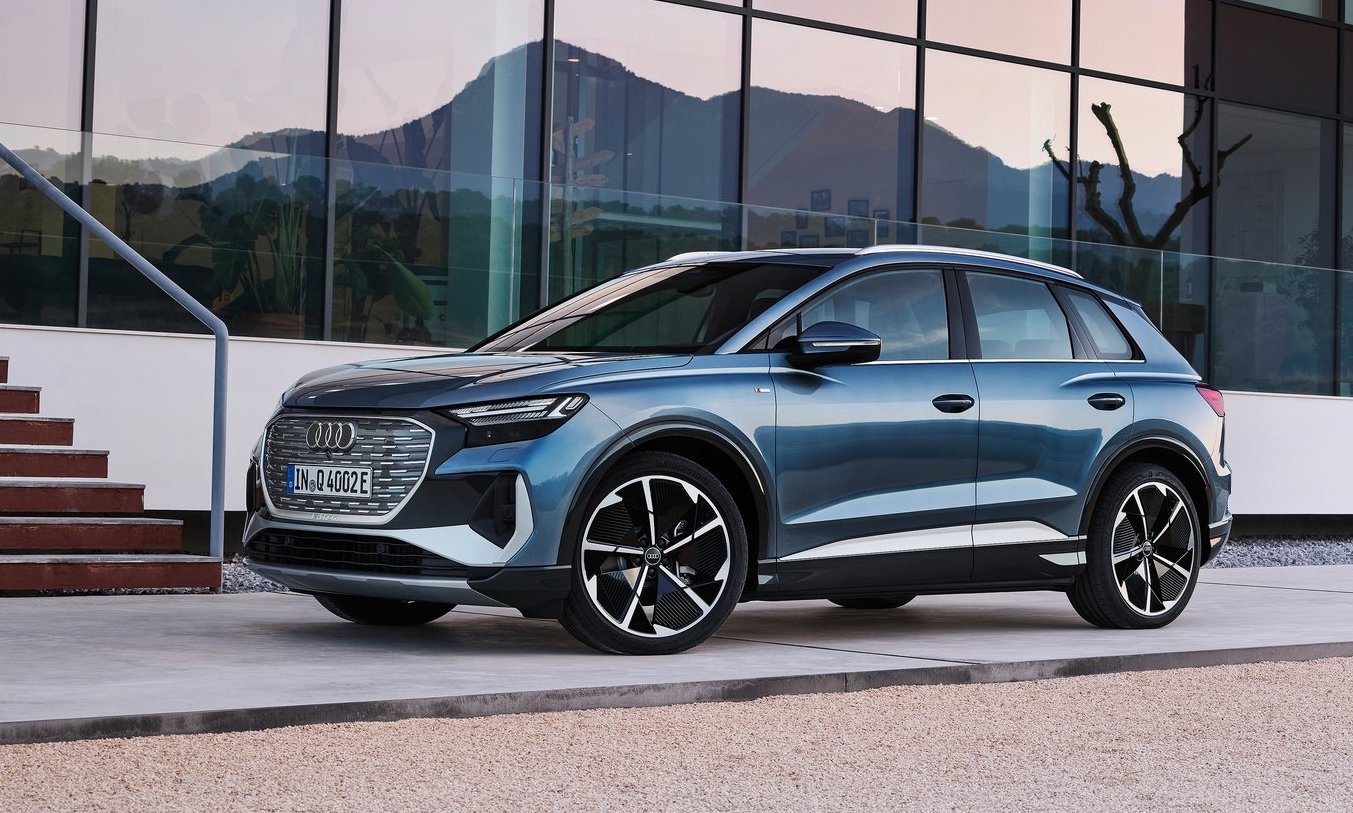 Audi has taken the wraps of its latest range of electric SUVs, with the unveiling of the Q4 e-tron and Q4 Sportback e-tron. 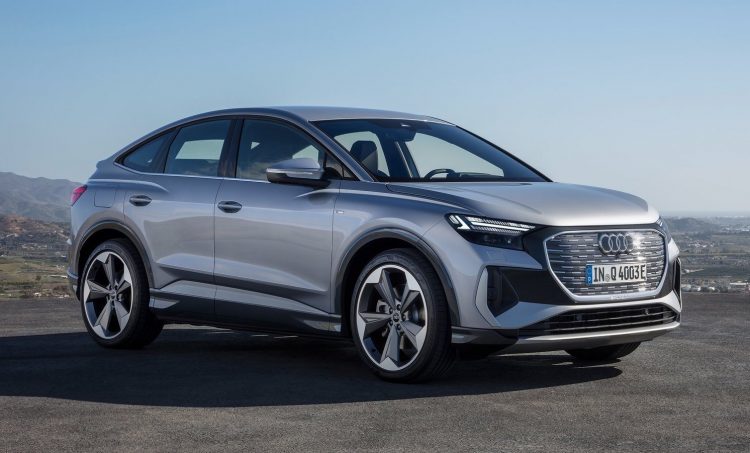 Headlines for the Q4 e-tron and Sportback are set of three new electric powertrains, with an entry-level 35, mid-spec 40, and range-topping 50, as well as updated fast-charging that can top the battery pack with 130km of range in just 10 minutes. 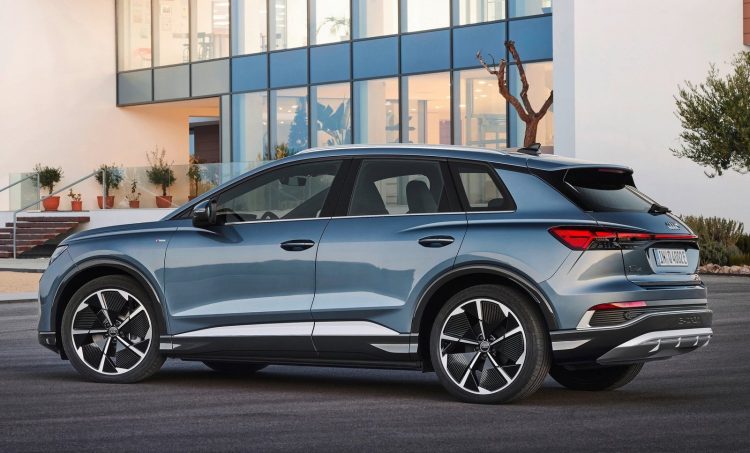 The flagship e-tron available, the Q4 50, retains the same 77kWh battery pack but adds electric motors over both the front and rear axle. This increases the Q4 50’s power figure to 220kW and 460Nm of torque thanks, provided by a 150kW rear-mounted motor and an 80kW front motor.

Audi says that in typical driving situations, the front-mounted electric motor will sit dormant until more power is requested from the driver, or if there is a need for traction over the front axle. The 50 sprints from 0-100km/h in 6.2 seconds, with a range of up to 497km.

These battery packs are capable of 100kW fast-charging in the cheaper models, and 125kW fast-charging for the dual-motor configuration. Audi says that this is enough for drivers to top up the battery with 130km worth of range in just ten minutes.

The Q4 e-tron range will also come packaged with Audi’s regenerative braking system, and its electric motor can provide 0.3g of brake force; more than enough to handle most driving situations, Audi says. 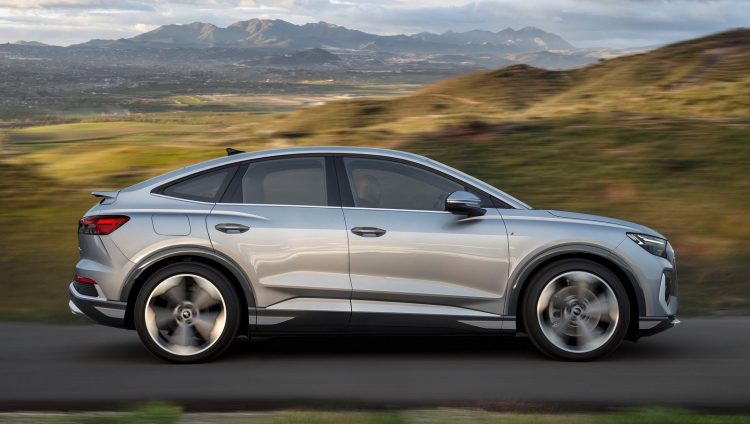 In terms of driving ability, Audi says that thanks to its MEB architecture, the Q4 e-tron has a perfect 50-50 weight distribution, and a capable front-end with MacPherson strut suspension. The e-tron range sits on the option of 19- or 21-inch alloy wheels. 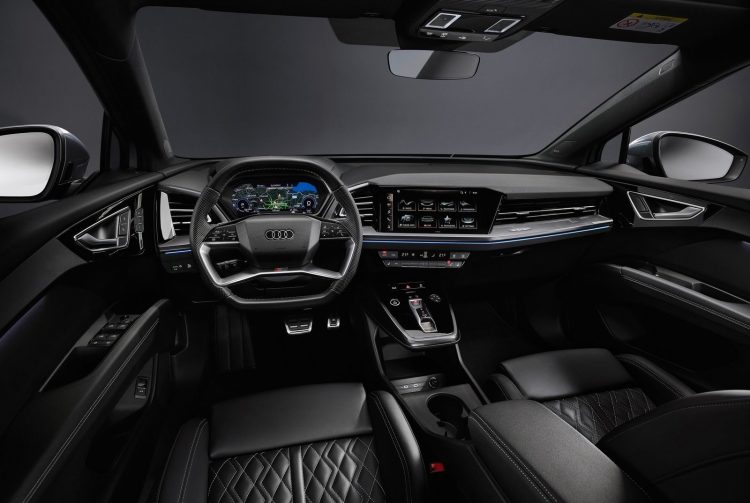 Inside the Q4, Audi has once again pulled a meticulously clean yet technologically advanced design out of the bag, with the option of four interior finishes and the usual host of features you’ve come to expect from an Audi, like heated and ventilated massaging seats.

A 10.1-inch touch-screen infotainment system sits on the central console, and the driver is treated to a 10.25-inch display of their own, with the cabin fitted with a powerful 10-speaker 580W Sonos audio system. Audi’s UK director, Andrew Doyle, said:

“The compact SUV has long been the go-to model type for many drivers, so I’m delighted that we are now shoring up our already strong position in this vital segment with two new additions that are not only paragons of good design and space-efficient packaging, but also standard bearers for the wider integration of fully electrified drivetrains across our range.”

Audi says the Q4 e-tron range will be available for the European market in June, starting from €41,900 (about AU$65,000). There’s no word yet as to Australian deliveries or specific prices, but when we know, you’ll be the first to find out.