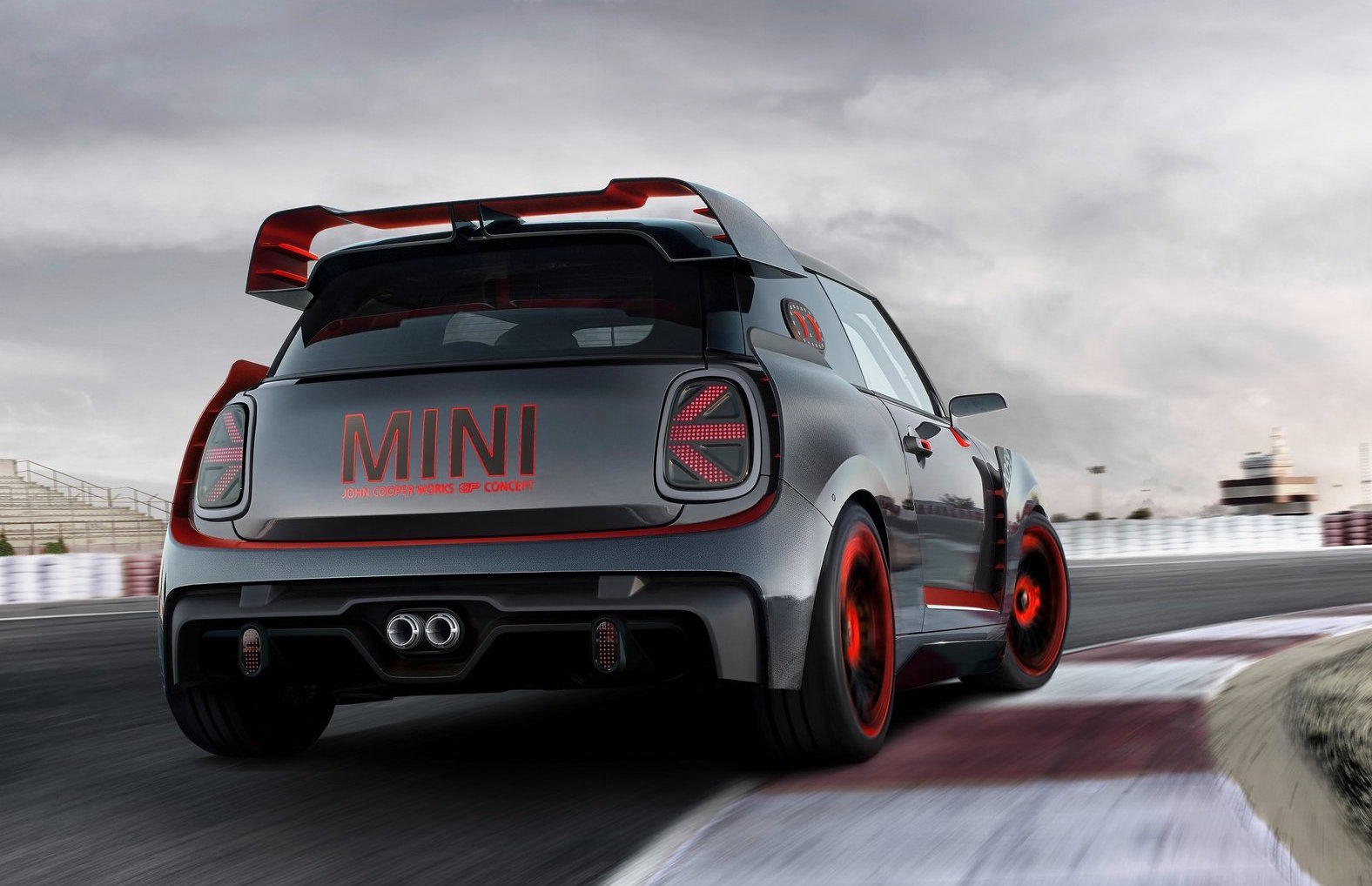 You’ve heard the term ‘pocket rocket’? Well, MINI has revealed what can only be described as the definition of the tern, with the John Cooper Works GP Concept. The car will make its public debut at the Frankfurt motor show next week. 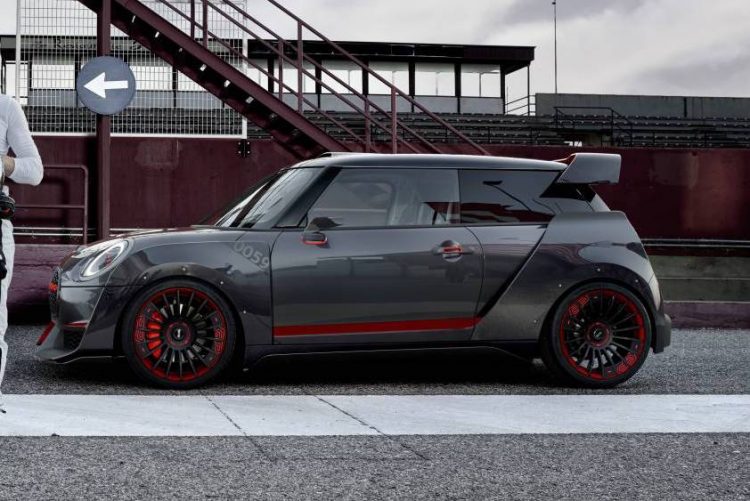 As you can see, this is no ordinary MINI Cooper. It doesn’t even blend in with MINI’s JCW models. This is way more aggressive and out there in comparison. The front end shows off a racing-like splitter to hug the front of the car to the ground and minimise airflow under the car.

Towards the back things get a lot more extreme. You’ll find chunky side skirts that lead into extended rear guards. These guards give the little MINI a wide-body effect, like an ’80s rally car, with side intakes like on a supercar. At the top is a huge spoiler that’s as wide as the bulging guard extensions. Most of these aero parts are made from carbon fibre for added exotica. 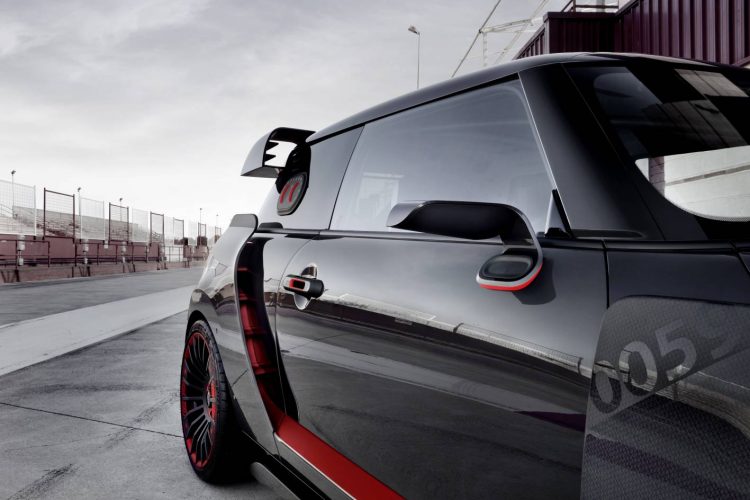 The interior has also been given a major makeover. It features a roll cage, low-mounted bucket seats with five-point harnesses, and a “cleanly-designed” instrument cluster with plenty of creature comforts stripped out. MINI says a range of new 3D-printed components make up the door and instrument panels, with something the company calls 3D knitting for some of the trims.

These 3D technologies are in concept form but MINI says they showcase the possibility of tool-free production and personalisation of the future. Various parts are in Highspeed Orange and Curbside Red for a racy look.

The concept celebrates the 50th anniversary of Mini’s triumphs achieved during the Monte Carlo Rally, with the number 0059 on the sides harking back to the original Mini of 1959. At this stage there are no plans for production. Peter Schwarzenbauer, member of the board of management of BMW AG, said:

“The MINI John Cooper Works GP Concept is all about the unfettered feeling of driving and levels of performance found in motor sport competition. This is driving fun in its purest form.”

More details, including the engine specs, are set to be revealed at the 2017 Frankfurt motor show commencing September 12.