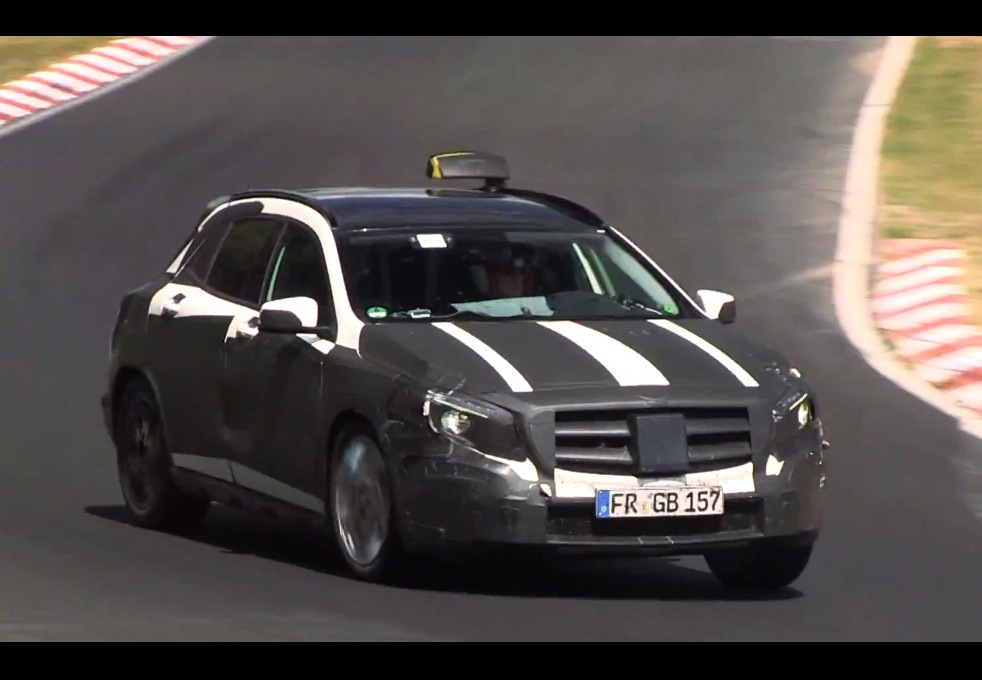 Mercedes-Benz has been spotted testing another prototype version of the all-new junior SUV, the GLA-Class. This time the mule is seen with what appears to be a taxi sign mounted on the roof. 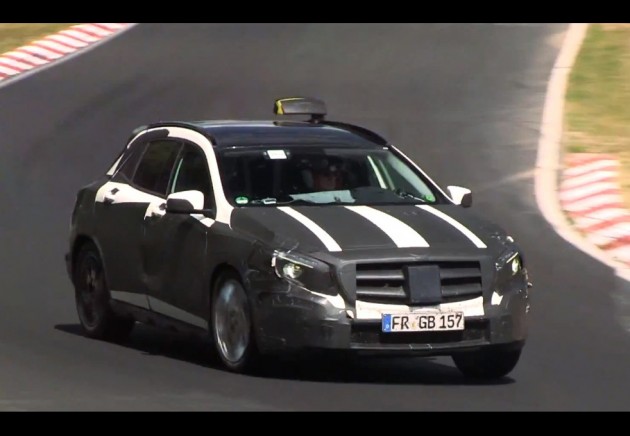 It’s unknown what the sign is exactly, or why it is there. Some say the vehicle is a prototype taxi using a more commercial powertrain consisting of a turbo-diesel with front-wheel drive. There’s also the possibility the fixture is simply a piece of data-logging equipment.

The GLA market arrival is getting near now, with a full unveiling set to take place at the Frankfurt Motor Show in September.

Variants and specifications are yet to be revealed, however, the A-Class based small SUV is expected to come with a similar powertrain lineup as seen in the A-Class. This would include turbo-petrol and turbo-diesel units, potentially in front- and all-wheel drive forms depending on the model level.

A more serious ‘GLA 45 AMG’ is also in the works, sporting the company’s new fire-breathing 2.0-litre turbocharged four-cylinder engine offering 265kW and 450Nm – as seen in the A 45 AMG.

The GLA is likely to be a popular model for Mercedes as it is currently missing out on the popular market segment. The main rivals, the Audi Q3 and BMW X1, are consistent high sellers.

Click play below to take a look. And feel free to tell us what you think the sign on the roof is.