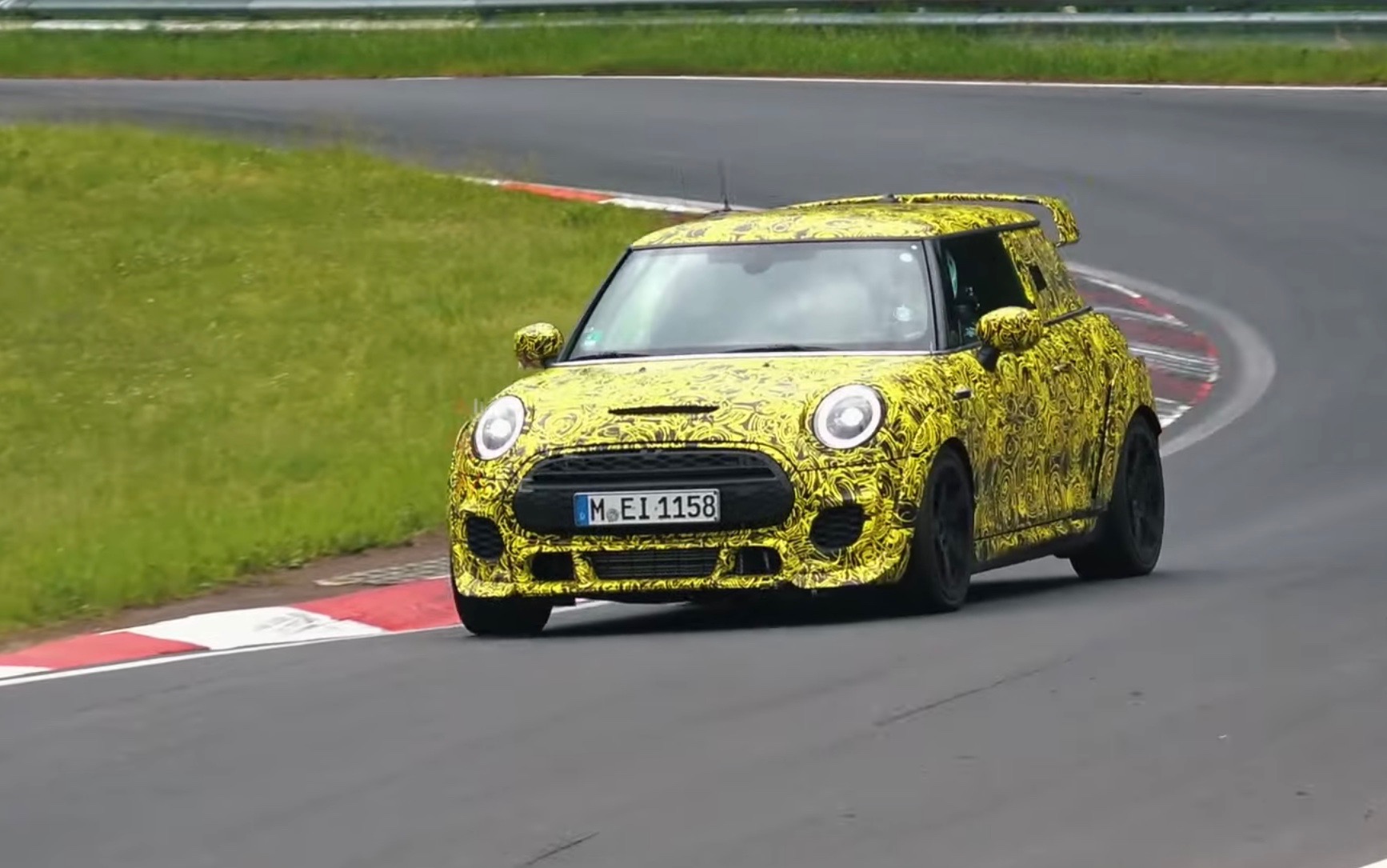 MINI has been spotted testing a prototype version of the upcoming John Cooper Works GP super hatch around the Nurburgring in Germany, pushing the micro machine to hone its limits ahead of its market arrival next year. 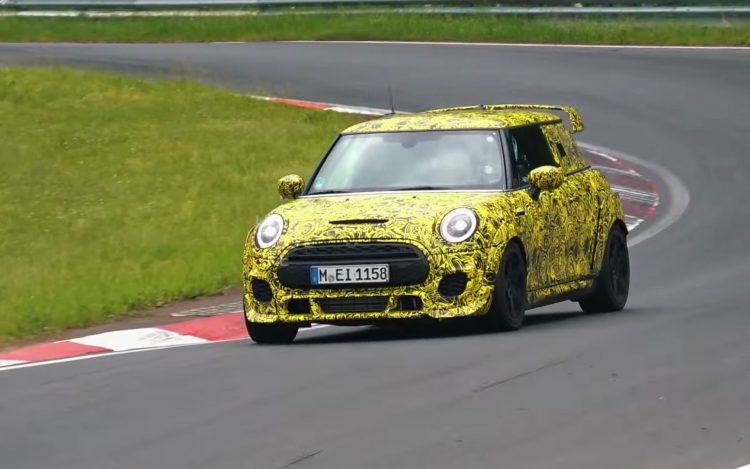 The new John Cooper Works GP is yet to be revealed, however, MINI has confirmed a range of details. It will, obviously, come in as the most powerful and fastest MINI production car ever, featuring a 2.0-litre turbo four-cylinder developing over 220kW.

As depicted in some official teaser images, and as shown in the video below, the hot hatch will feature a wild aero kit for the exterior. There’s a big wing for the tailgate with three struts holding it up, as well as crazy blade extensions for the rear wheel arches – these were shown on an earlier concept, but we weren’t expecting them for the production version.

There’s also twin central-exit exhausts at the back nestled within a chunky diffuser, side skirts, and a chin spoiler at the front with deeper air intakes. Wheel arch extensions are also in store for the front axle, although, they aren’t quite as extreme as those on the rear. 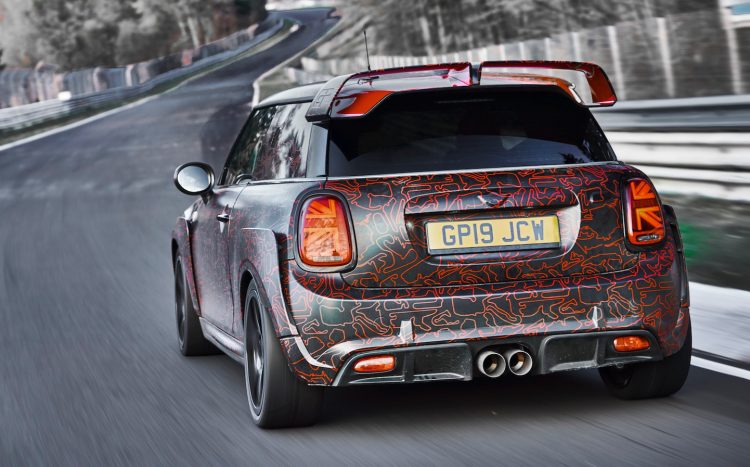 MINI has confirmed that early testing of prototypes has already produced lap times around the Nurburgring in under 8:00 minutes. And development is still ongoing. Whether it is eventually able to topple the front-wheel drive production car lap record of 7:40.1 is yet to be known. The current record is held by the Renault Megane Trophy-R.

Production of the super hatch is being capped at 3000 units globally, with showroom entry slated for 2020. Check out the spy video below for a preview of how she goes. It should be a lot of fun to drive.