The new 991 Porsche 911 Targa has made its international debut at the North American Auto Show in Detroit, paying homage to the original Targa design of the 1960s. 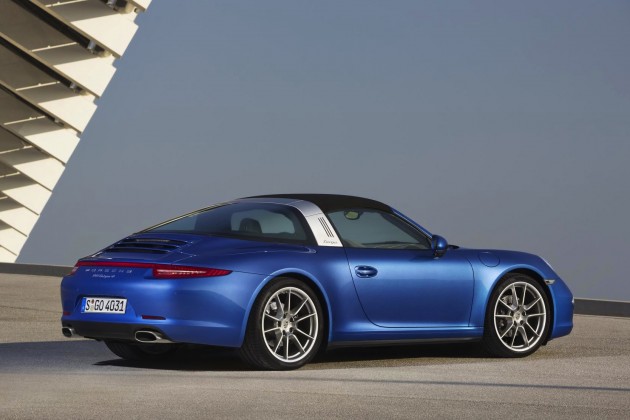 Based on the latest 991 911, the Targa integrates the sleek coupe profile with the roof up or down, and with the roof down, it offers the open-air freedom of a convertible.

Like the original Targa, the new model features a wide silver bar that hoops over the cabin replacing the B-pillars, with a big wrap-around rear windscreen. Unlike the classic models, the new version uses an electric flip-back roof piece which is stored behind the rear seats.

The roof is made up of two moving parts; a soft top and a glass window. Both fold into a Z-shape. The whole operation takes 19 seconds to open or close, and it can only be operated when the car is stopped. 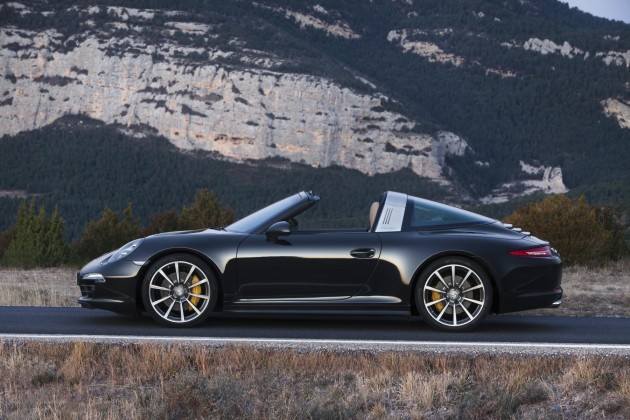 As for the powertrain options, the 911 Targa will be available in Carrera 4 and Carrera 4S forms, both with all-wheel drive. The entry-level Carrera 4 uses a 3.4-litre naturally aspirated flat six producing 257kW, while the Carrera 4S comes with a 3.8-litre producing 294kW.

The 4S with the optional PDK dual-clutch auto transmission, along with the Sport Chrono package, is able to accelerate from 0-100km/h in a cracking 4.4 seconds.

Australian pricing will be announced soon with an arrival date expected to take place in May. Order books are likely to be open now.